Iranian attending college in Boston is denied entry to US 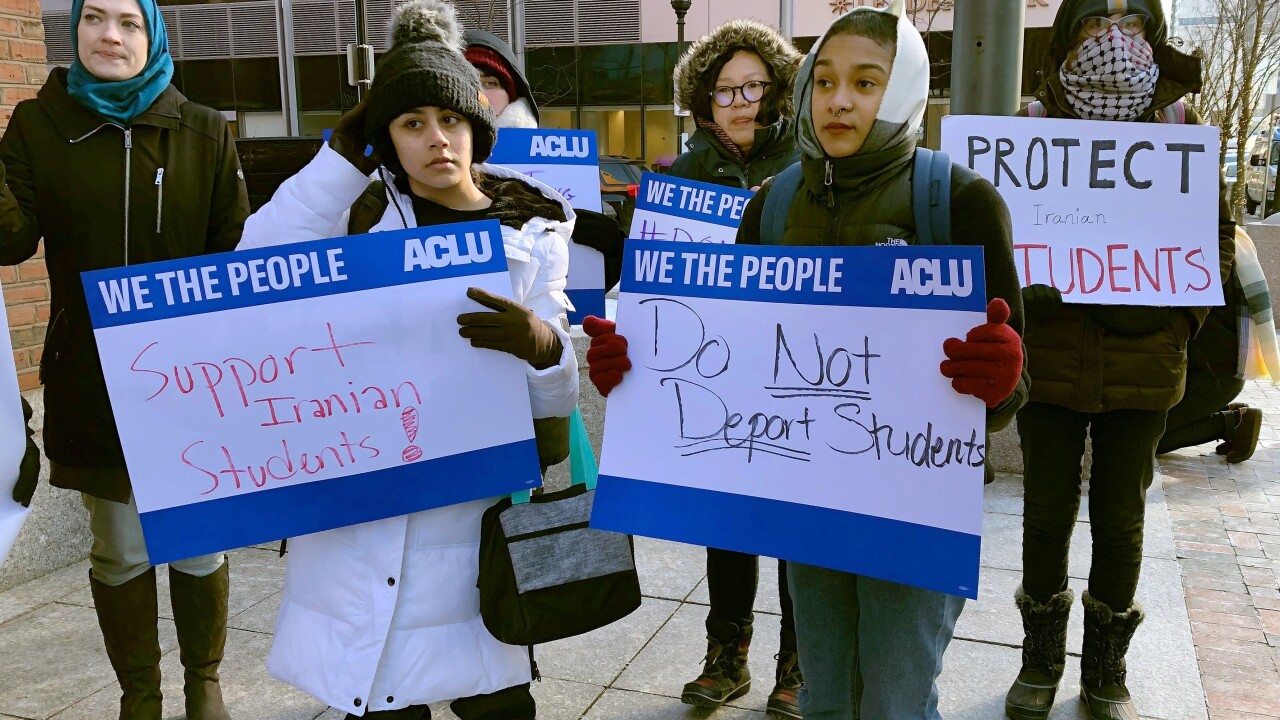 Protesters stand outside the federal courthouse where a hearing was scheduled for Northeastern University student Shahab Dehghani, Tuesday, Jan. 21, 2020, in Boston. Dehghani arrived on a flight into Boston on Monday but was detained by U.S. Customs and Border Patrol at Logan International Airport and then was deported. (AP Photo/Philip Marcelo)

An Iranian student attending college in Boston was denied entry to the U.S. and ordered to immediately fly back to his native country, despite a court order temporarily staying his removal.

The American Civil Liberties Union of Massachusetts says that Northeastern University student Shahab Dehghani arrived in Boston on Monday with a valid student visa, but that U.S. Customs and Border Patrol refused his entry.

A federal judge issued an emergency stay of his removal Monday, but a judge said Tuesday it was moot since Dehghani had taken a flight out of the country that night. Dehghani’s attorneys say they are weighing legal options.