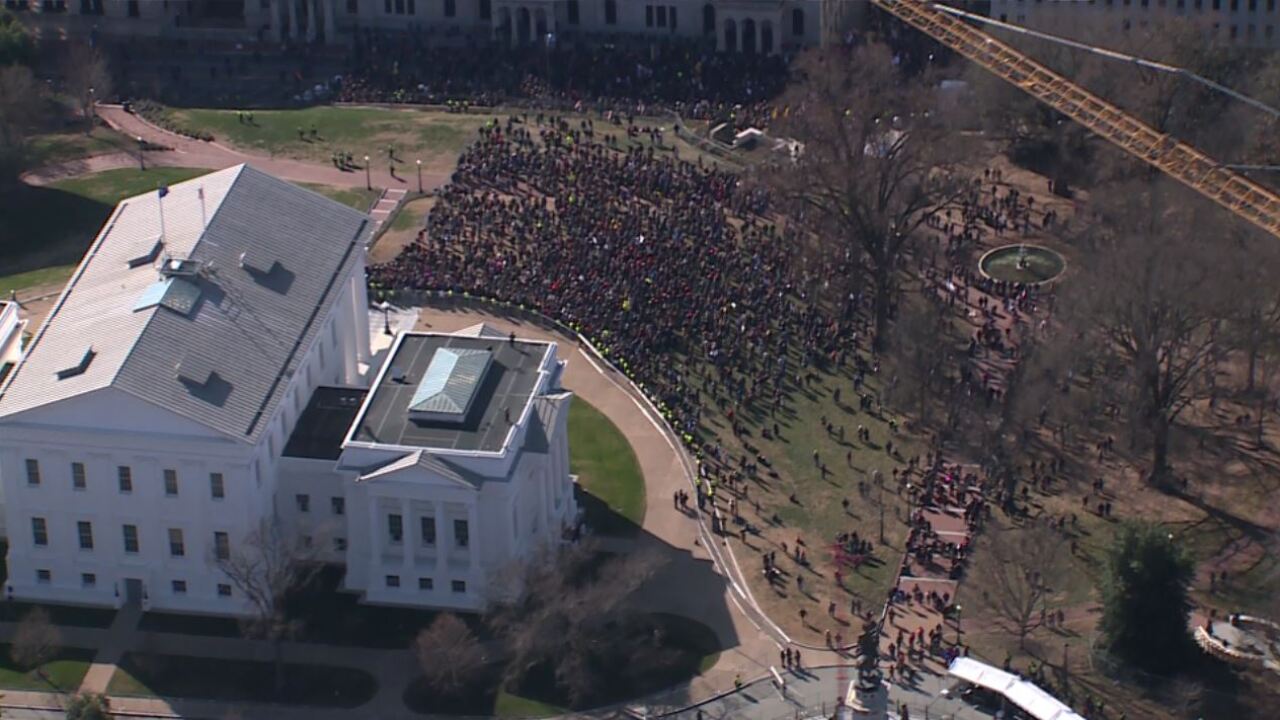 RICHMOND, Va. — Thousands of gun-rights activists from around the country rallied peacefully at the Virginia Capitol on Monday, protesting plans by the state’s Democratic leadership to pass gun-control legislation that have become a key flashpoint in the national debate over gun violence.

The size of the rally and the expected participation of white supremacists and fringe militia groups raised fears that the state could see a repeat of the violence that exploded in 2017 in Charlottesville.

But the rally concluded uneventfully around noon, and the mood was largely festive. Attendees spilled into the streets, chanting “USA” and waving signs denouncing Democratic Gov. Ralph Northam.

While thousands rallied outside to protect gun rights, a few were actually able to speak to Virginia lawmakers inside