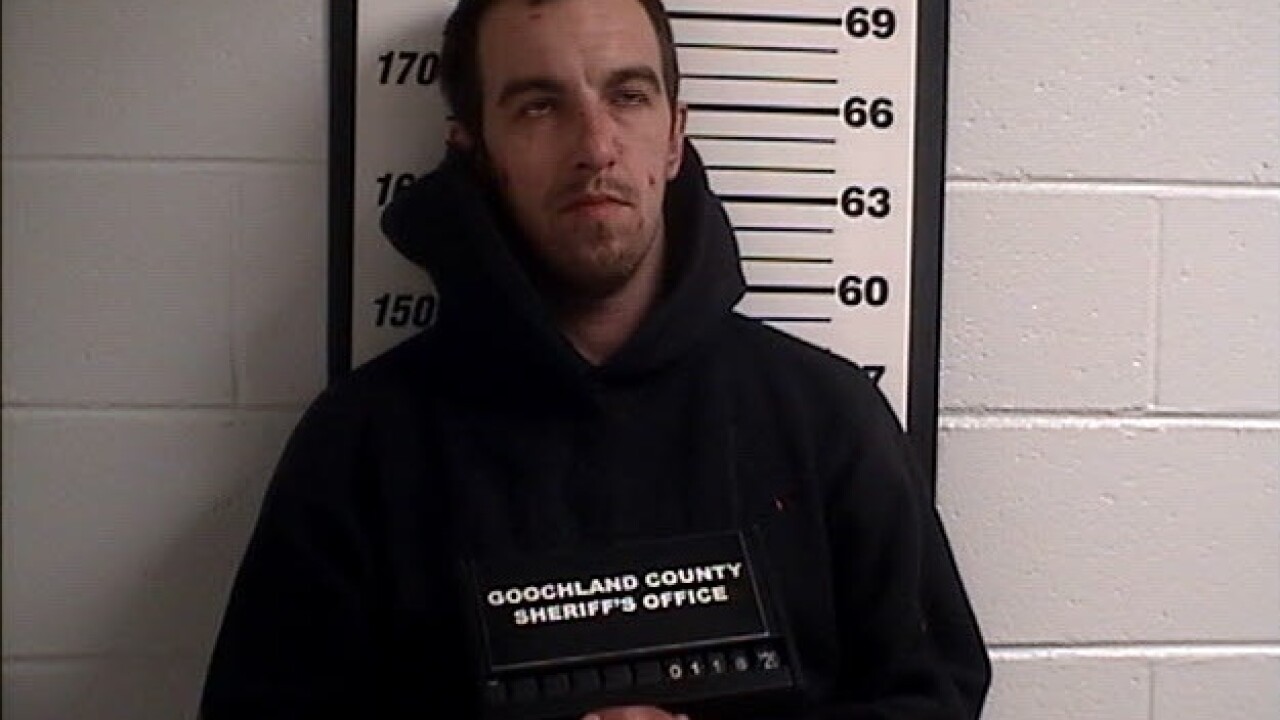 GOOCHLAND COUNTY, Va. — Authorities said a 33-year-old man is behind bars after he allegedly used a knife to rob a gas station in Goochland County Friday night.

Deputies with the Goochland County Sheriff’s Office were called to the Valero gas station at 1700 Ashland Road just after 10:50 p.m.

“Based on the information provided by witnesses, a be on the lookout alert (BOLO) was issued for the subject and the vehicle involved in the robbery,” officials posted on Facebook.

Deputies found a suspect and vehicle matching the description less than 10 minutes later at another Goochland convenience store.

Bernard was charged in several crimes, including the gas station robbery, officials said.