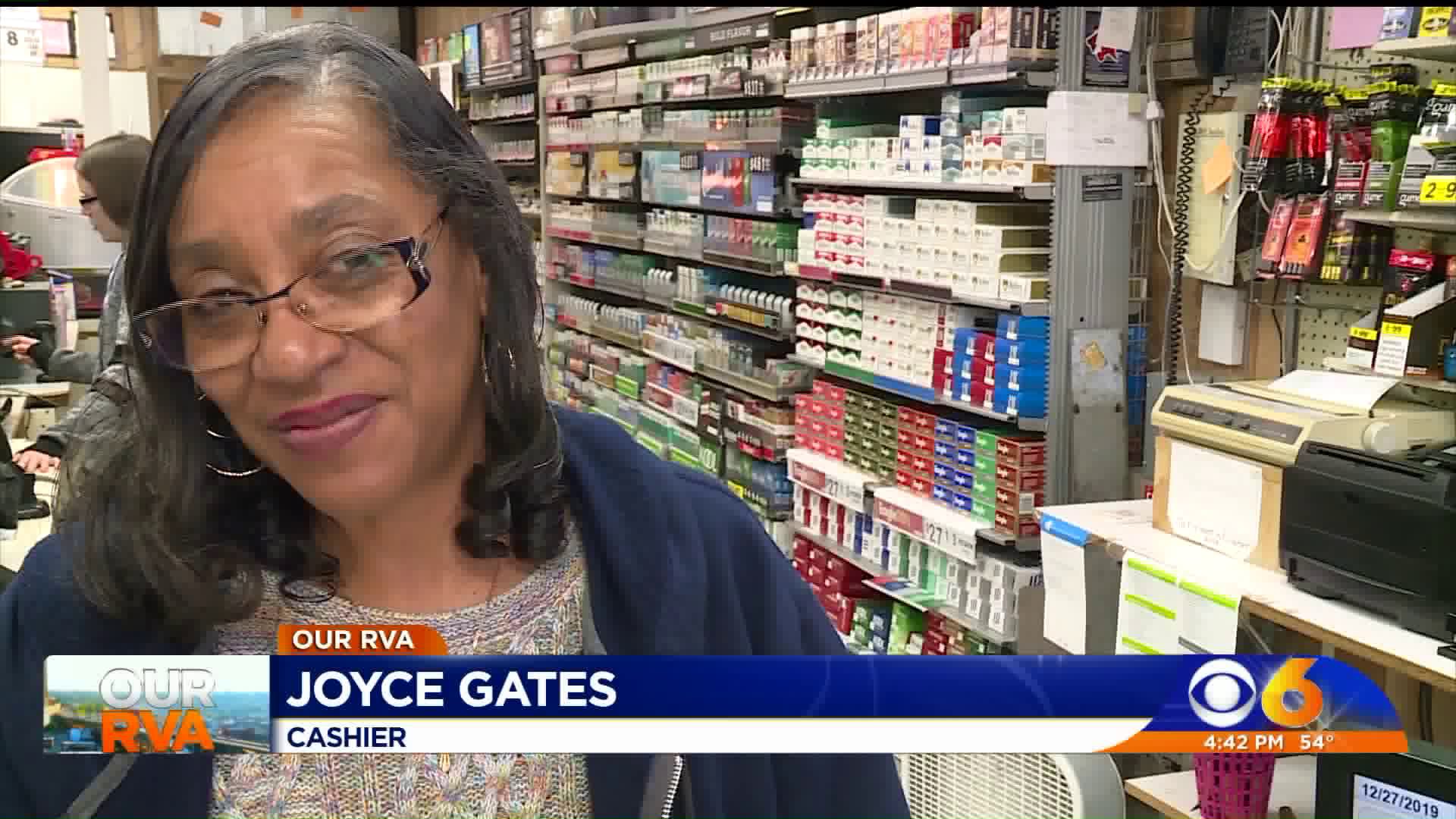 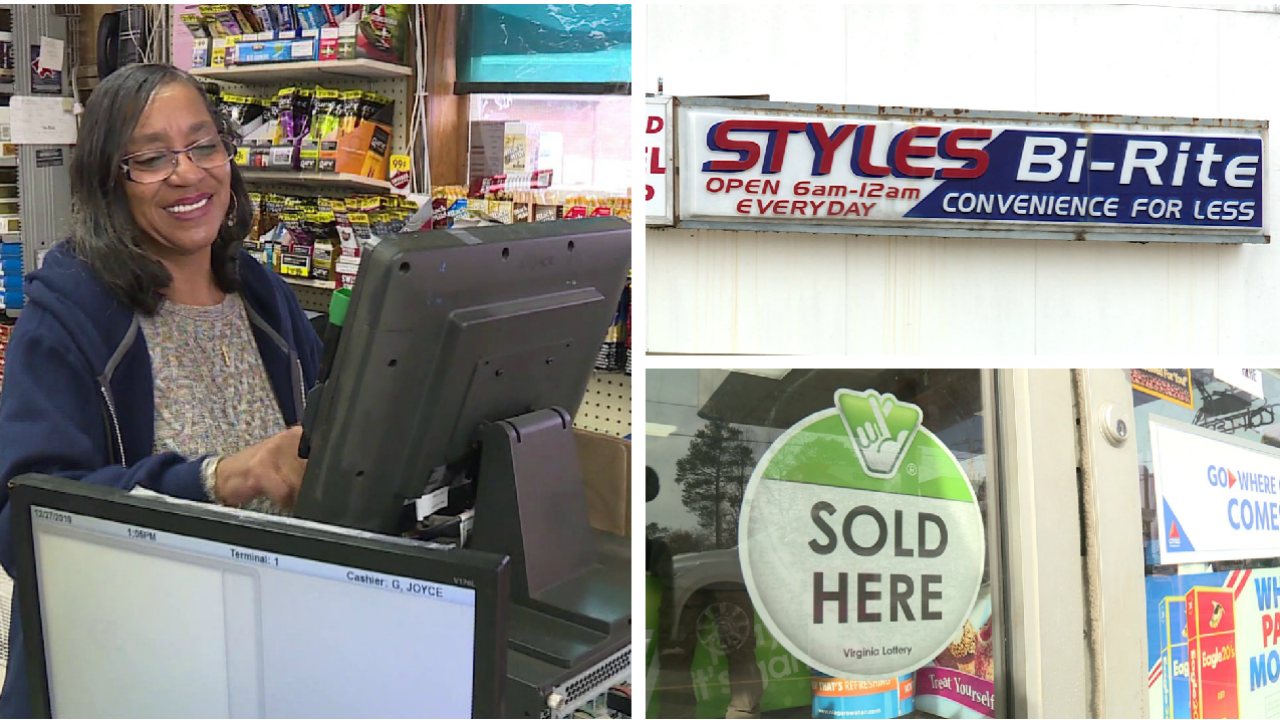 CHESTERFIELD COUNTY, Va. -- If you walk into the Styles Bi-Rite store off Hull Street Road in Midlothian, you're likely to hear the sound of lottery machines the moment you step in.

"I've seen them come and go, and win, and get banners put out there," said Joyce Gates, a Styles Bi-Rite cashier.

She has worked at the convenience store for the last 20 years and to some, she's considered to be a lucky charm to those who play the lottery.

After hearing this, anchor Rob Desir asked her. "So, you are lucky?"

"Well, if they think I am, then God bless them," said Gates.

Melvin Gaddy, a customer at the store knows about Ms. Joyce.

"Definitely heard those stories and was here when one or two people hit for a thousand dollars or so," said Gaddy.

But it's all not just Ms. Joyce. There's a certain mystique. People come to Styles Bi-Rite and spend time working on numerical methods hoping it will win them the jackpot."

"They do workouts. They sit back there and do workouts. How they do it? I don't know... but they win. They workout from a number that came, and they win from them," said Gates.

Rob Hardison has been playing the lottery at Styles Bi-Rite for 30 years.

"It's a regular fraternity up here. They play big up here, that's for sure. And they've been coming here a long time," said Hardison.

To say Styles Bi-Rite has been good to him would be an understatement.

It would be to almost anybody, but according to Virginia Lottery Public Affairs Specialist John Hagerty, the odds of winning at Styles Bi-Rite are a little higher based on this reason:

"Statistically, you'd expect to see more winning tickets at a store that has higher sales and that's certainly the case there," said Hagerty.

With hundreds of millions of dollars up for grabs, and dreams of standing behind the large check at the lottery office for a picture as the grand prize winner, as they say, you've got to be in it to win it. That, and a lot of luck.

"If you feel a certain store is luckier than the store down the block, that's fine, then that typically is where lottery players will go," said Hagerty.

That's why Desir couldn't part ways with Ms. Joyce without her picking out some numbers. Hopefully the winning ones!