Warren to Sanders post-Iowa debate: ‘You called me a liar’ 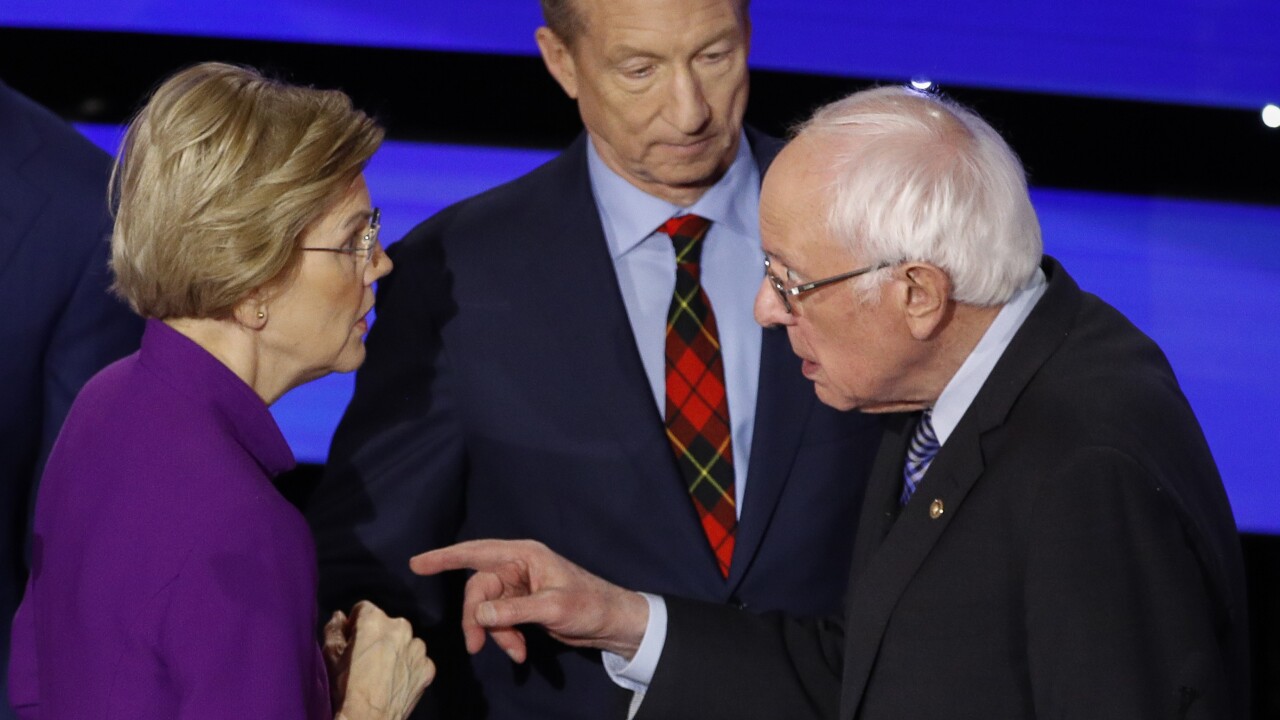 Elizabeth Warren accused Bernie Sanders of calling her a liar before a national television audience during a tense, post-debate exchange in which she refused to shake his outstretched hand. That’s according to audio released Wednesday by CNN, which aired the debate.

The two have been feuding since Monday, when Warren said that during a private meeting in 2018 he disagreed with her that a woman could win the presidency.

They clashed during Tuesday’s debate in Iowa, and Warren refused to shake Sanders’ hand afterward.

Audio reveals Warren said, “I think you called me a liar on national TV,” and Sanders responded, “Let’s not do it right now.”