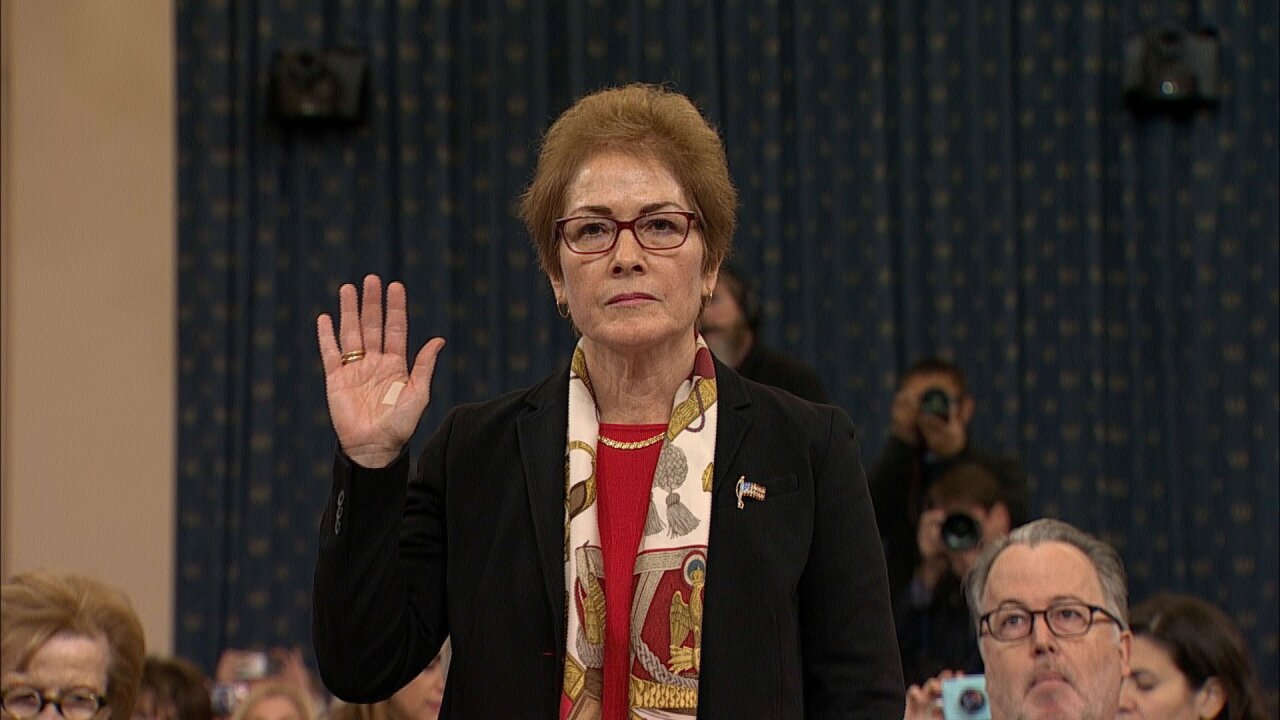 Former US Ambassador to Ukraine Marie Yovanovitch, who was ousted earlier this year, was sworn in.

Ukraine has opened an investigation into allegations of former U.S. ambassador to Ukraine by Trump administration associates prompted by the release of text messages by House Democrats.

ABC News reports that Ukraine’s interior ministry announced Thursday that it was opening a criminal investigation to see if surveillance of Ambassador Marie Yovanovitch conducted by Lev Parnas and his associates violated Ukrainian law or international conventionals regarding foreign diplomats.

Text messages released by the House Intelligence Committee earlier this week include conversations from 2019 between Parnas, Trump lawyer Rudy Giuliani and Republican congressional candidate Robert Hyde. In the course of the conversation, Hyde speaks about Yovanovitch’s location and the heavy security presence around her. At one point, he referenced having people “on the inside.”

The text messages reveal that Giuliani, Parnas and Hyde support Yovanovitch’s ouster because they deemed her a liability in convincing the Ukrainians into open an investigation into Hunter Biden and his father, Vice President Joe Biden.

On Wednesday, Hyde has denied that he was in Kiev and said the conversations weren’t serious.

In October, Parnas was arrested on campaign finance charges. He’s pleaded not guilty to those charges. According to testimonies from State Department officials during the December impeachment inquiry, Giuliani and Parnas ran U.S. diplomacy in Ukraine, and some officials claim their decisions were not made in the interest of the United States.