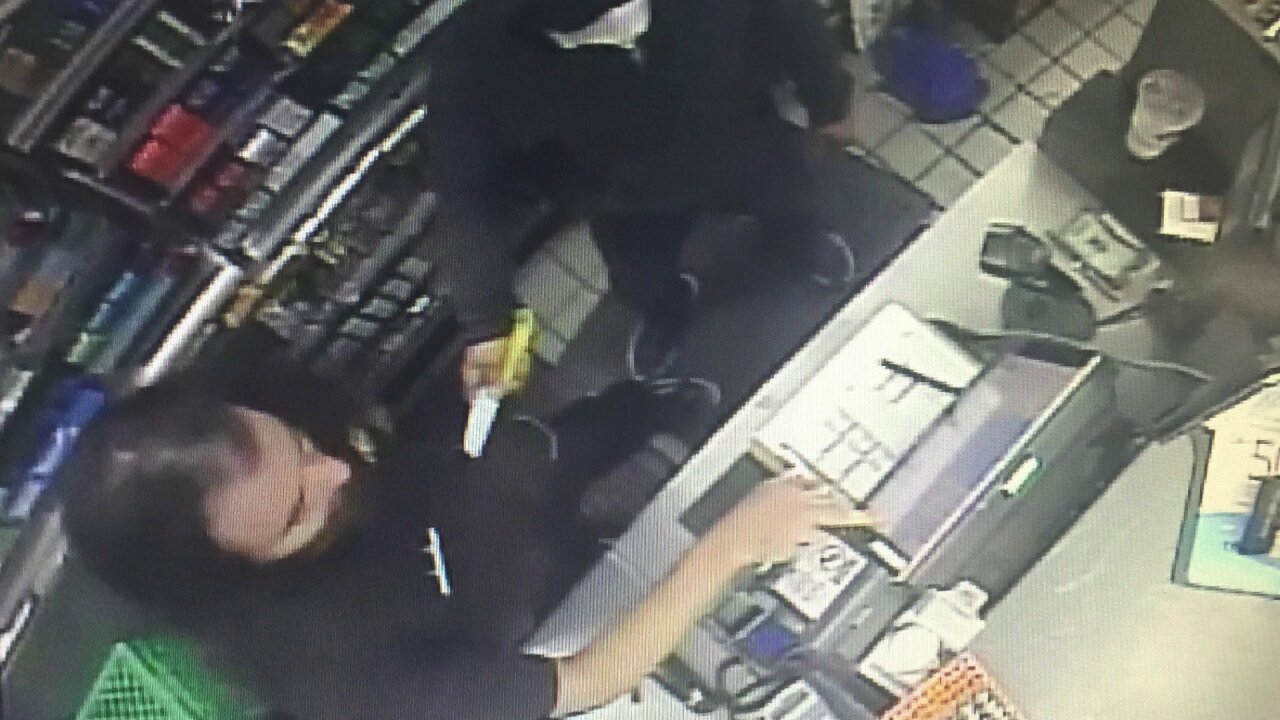 Richmond, Va. -- Right before 11 p.m. Monday night, a man walked into an Exxon on Westover Hills Boulevard and Forest Hill Avenue wearing a bandana and wielding a butcher knife.

"It was 10:52,” when time stood still for clerk, Chris Lewis.  "He walked right in, walked to where the opening is and put knife in my chest and said, ‘Pop the register.’"

Crime Insider sources say the crook was armed with a butcher knife and got away with about $100 in cash.

Those same sources say he threatened the clerk as he was leaving.

"He said, ‘I should've killed you,’ or whatever,” Lewis said. “I don't know, some empty threat to make feel scared or whatever."

Lewis said he was more angry than scared.

Lewis said that the same store was knocked off by gunman in December and seeing the affect that the trauma had on his colleague frustrates him more than anything.

"I had an associate who was held up by three guys with guns, so last night it triggered her again,” Lewis said. “So that's what I’m more angry about: the mental effect. She had it worse. I feel bad for her. It was just a guy with a knife for me."

The suspect was wearing a black hoodie with a white bandana over his face.