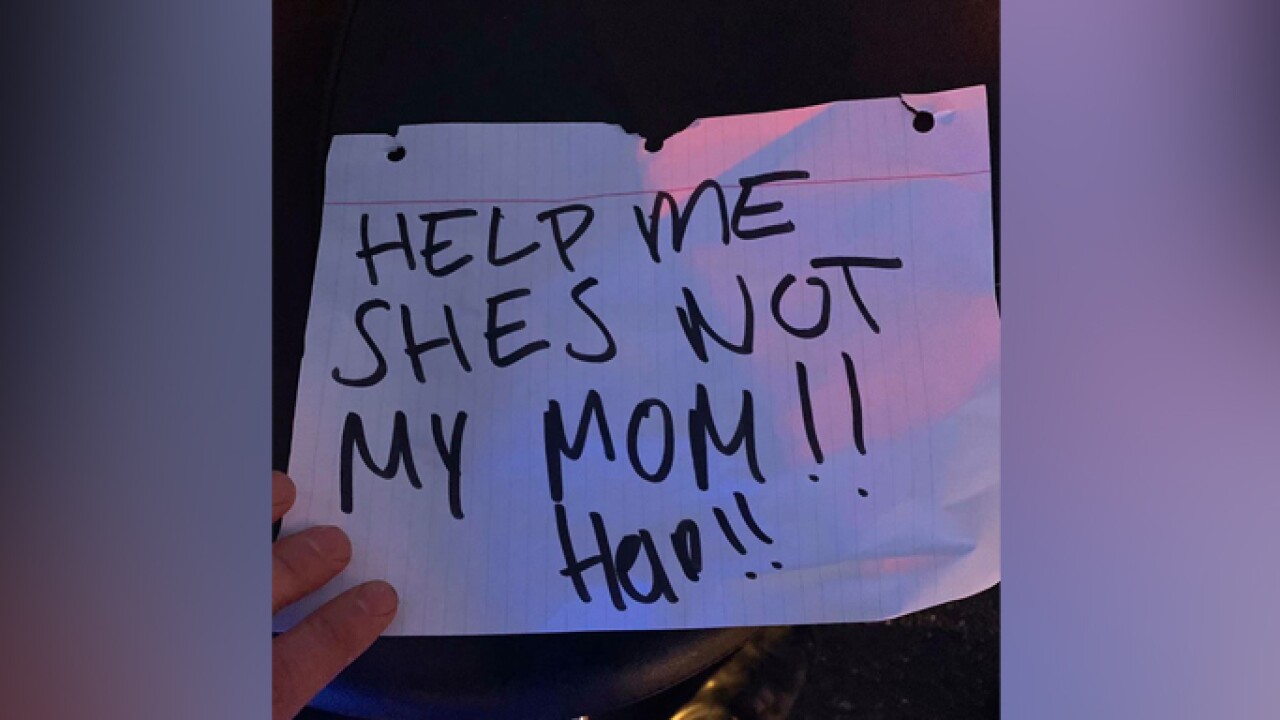 STOCKTON, Calif. — California Highway Patrol officials say they received reports of a girl who was signaling for help from the back seat of a car Saturday — but she didn’t really need help at all.

Around 5:02 p.m., officers received reports of a girl in the back seat of a moving vehicle holding up a piece of paper that read, “Help me.” The car was initially reported to be on Highway 99 in South Sacramento.

Officials eventually located the car on Highway 99 near 8 Mile Road in Stockton and made a “high-risk” stop.

Officers said the girl’s mother pulled the car over and they were able to speak with her.  That’s when officers say they found out the girl had made it all up, and that she thought it was a fun thing to do.

The woman didn’t know what her daughter had been doing and officers let them leave.

“This is a reminder that parents need to be aware of what their children are doing in the back seat at all times,” Highway Patrol officials wrote in a Facebook post Saturday. “Six CHP units were assigned to this call instead of responding to legitimate calls or patrolling their beats because of this hoax.”