US to send home some Saudi military students after shooting 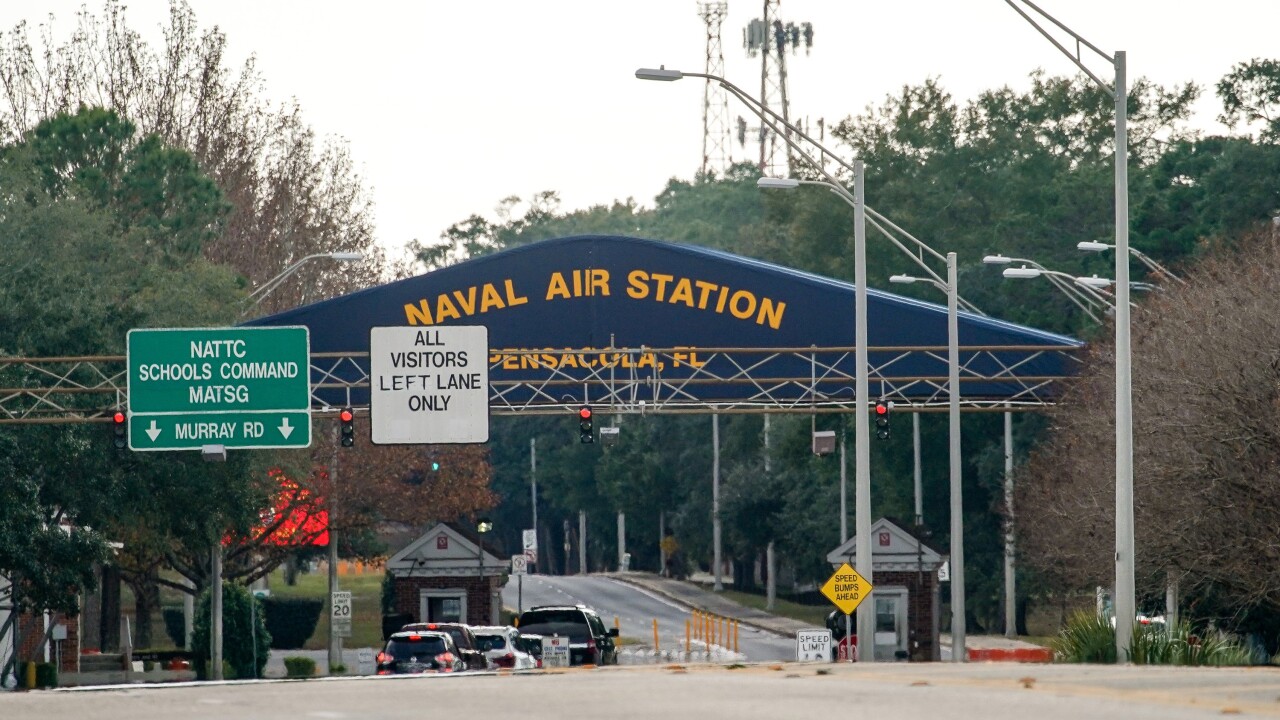 PENSACOLA, FLORIDA – DECEMBER 06: A general view of the atmosphere at the Pensacola Naval Air Station main gate following a shooting on December 06, 2019 in Pensacola, Florida. The second shooting on a U.S. Naval Base in a week has left three dead plus the suspect and seven people wounded. (Photo by Josh Brasted/Getty Images)

WASHINGTON — The United States is preparing to remove more than a dozen Saudi military students from a training program after an investigation into a deadly shooting by a Saudi aviation student at a Florida navy base last month.

That’s according to a U.S. official who spoke to The Associated Press on Sunday.

The Justice Department has been investigating the incident as an act of terrorism.