Iran braces for protests after admitting shooting down plane 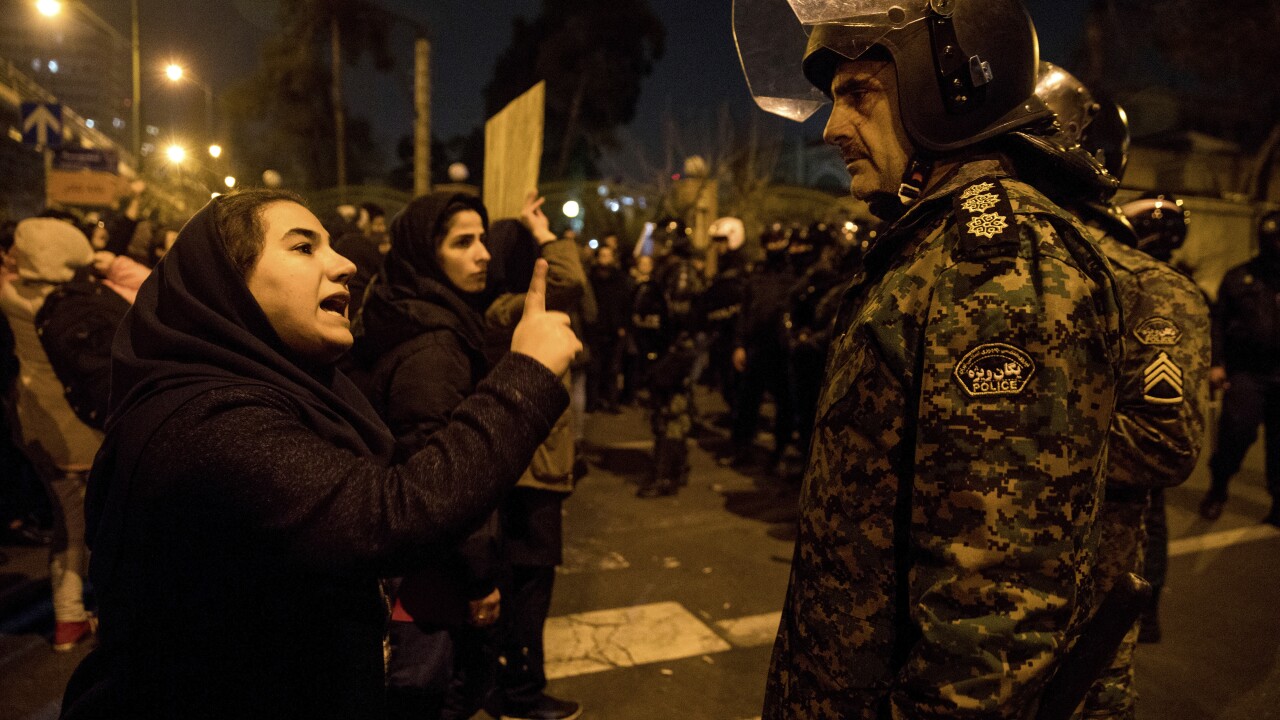 CLARIFIES WOMAN WAS TALKING TO POLICEMAN – In this Saturday, Jan. 11, 2020 photo, released by Iranian Students’ News Agency, ISNA, a woman attending a candlelight vigil to remember the victims of the Ukraine plane crash, talks to a policeman, at the gate of Amri Kabir University in Tehran, Iran. Security forces deployed in large numbers across the capital, Tehran, on Sunday, expecting more protests after its Revolutionary Guard admitted to accidentally shooting down a passenger plane at a time of soaring tensions with the United States. (Mona Hoobehfekr/ISNA via AP)

Riot police and plainclothes officers could be seen massing at several Tehran landmarks as calls circulated for protests later Saturday.

The plane was shot down at a time of soaring tensions with the United States after a U.S. airstrike killed Iran’s top general.

President Donald Trump has addressed the country’s leaders in a tweet, saying “DO NOT KILL YOUR PROTESTERS.”