How new tariffs could impact Virginia wine shops, restaurants, and your budget 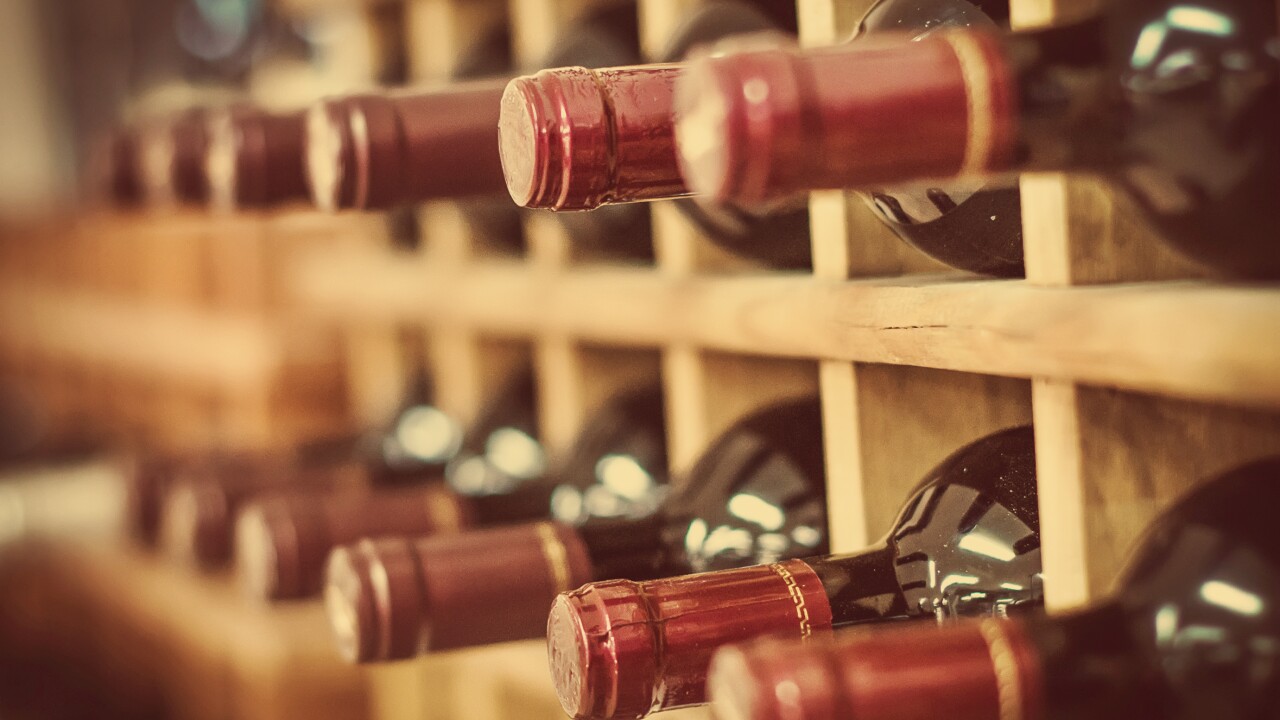 American wine shop owners and importers already dealing with tariffs on European imports are pleading with US trade officials for relief, arguing that adding a 100% tariff on French wine and Champagne threatened by President Donald Trump would devastate their industry. The wine industry is caught up in two separate trade spats.

The Trump administration imposed a 25% tariff on most European wine in October, in retaliation for the subsidies Europe provided to aircraft maker Airbus. Since then, the administration has threatened to raise the rate because of a lack of progress in resolving the issue.

President Trump has also threatened a new tariff on sparkling French wine, including Champagne, to punish France for imposing a tax on digital services. A report released by the US Trade Representative’s Office last month found that the tax, which affects large American tech companies like Facebook and Google, represents a barrier to trade.

But unlike other imports targeted by Trump — Chinese-made industrial materials, for example — wines are highly specific. Sellers can’t simply substitute a sparkling wine from California for a French Champagne.

David Witkowsky, of Potomac Selections, answered some questions to more elaborately, but easily digestibly answer what is happening as it relates to wine.

After reading, it’s up to you to decided whether you’d like to contact your representatives in Congress to express you opinions.

What You Should Know

There are two tariffs being proposed in addition to the Airbus/Boeing dispute tariff that went into effect in October. The first includes up to 100% tariff on French sparkling wines (and many other goods, see attachment here and here for full list published by the US Trade Representative) in retaliation for France’s Digital Services Tax. The DST is 3% on revenues generated in France by digital companies who generate revenue of at least €750 million globally and €25 million in France.

In short, it’s a small tax on large companies like Google, Amazon, etc. The goods being tariffed have no connection to the source of the dispute and the nature of the tariff (up to 100%) is extreme compared to the 3% tax. The second tariff is an escalation in the Airbus/Boeing dispute which was the reason behind the tariffs enacted in October (25% on many European wines). This new proposed tariff would include up to 100% on all European wines (and many other products, too

The tariffs are paid by the US companies who import the goods, and ultimately the consumers who buy the products. Europe [does not pay] these tariffs.

For importers, distributors, retailers, and restaurateurs in the United States, we’ll be left with the tough decision of whether we should pay large tariffs and pass along that cost in price increases, or forgo importing altogether. Best case, we lose significant revenue; worst case, we go out of business.

There are wines from other countries (and, of course, domestic wines), but there aren’t reserves of unsold wine waiting for this new attention to make up the absence of affordable European wine. My company [Potomac Selections] works with other wine regions and domestic producers, but they don’t have the extra wine to make up for the business we do in European wine. Not to mention, consumers have preferences!

Ray Isle, the Executive Wine Editor for Food and Wine Magazine, has a great analogy for this: Imagine there were a prohibitive tariff on country music, and country music listeners were told that they should just listen to more jazz music.

What price impact (in round numbers)will this have on my $20 bottle of red?

Few, if any importers, have the extra cash lying around to pay 100% tariffs on frequent shipments of wine. You won’t just see price increases, you’ll see a decline in the variety of wines that get imported.

This affects wine, cheese, meats, seafood, olive oil, textiles, and many other European goods. The complete lists of goods affected.

Will this close wine shops?

I certainly hope not. That is up to wine drinkers! If we see significant tariffs, the landscape of what is available and what those wines costs will change, but wine shops and restaurants will continue to find good values and delicious wines worth recommending to wine lovers. As always, trust your independent retailer! I promise they will take care of you, but you’ll need to be more open minded about which $20 red you’re getting.

What will you guys do? Sell more California and Virginia wine?

Certainly, along with wine from the southern hemisphere. However, there does not exist a volume of domestic wine that can functionally replace the amount of wine that is imported from Europe. There aren’t warehouses full of wine nobody has previously wanted to buy and it takes years for a winery to increase its production in a significant way.

One of the many unconsidered consequences that has California wineries worried is that their distribution often relies on distributors who also sell European wine. If those distributors suffer or go out of business, it will negatively impact them, too.

How can I make my voice against this heard?

The comment period for the French Digital Services Tax has ended, but the comment period for the aviation dispute (100% on all EU wines, plus dozens of other goods) doesn’t end until Monday January 13 (soon!). Please submit comment to the USTR and your representatives in Congress. Here’s a link with great information to further research that’ll tell you where to comment. For a shortcut, the National Association of Wine Retailers has links for submitting emails directly

Most importantly, if these tariffs do take effect, the best thing anyone can do is continue to be a customer as they’ve always been and keep an open mind. I’m not asking anyone to double their budget, but if everyone refuses to buy wine because they assume the tariffs have ruined the value in a bottle of wine, we’ll all go under. Trust your local wine buyers to continue to find you value!