Colder pattern developing for the second half of January 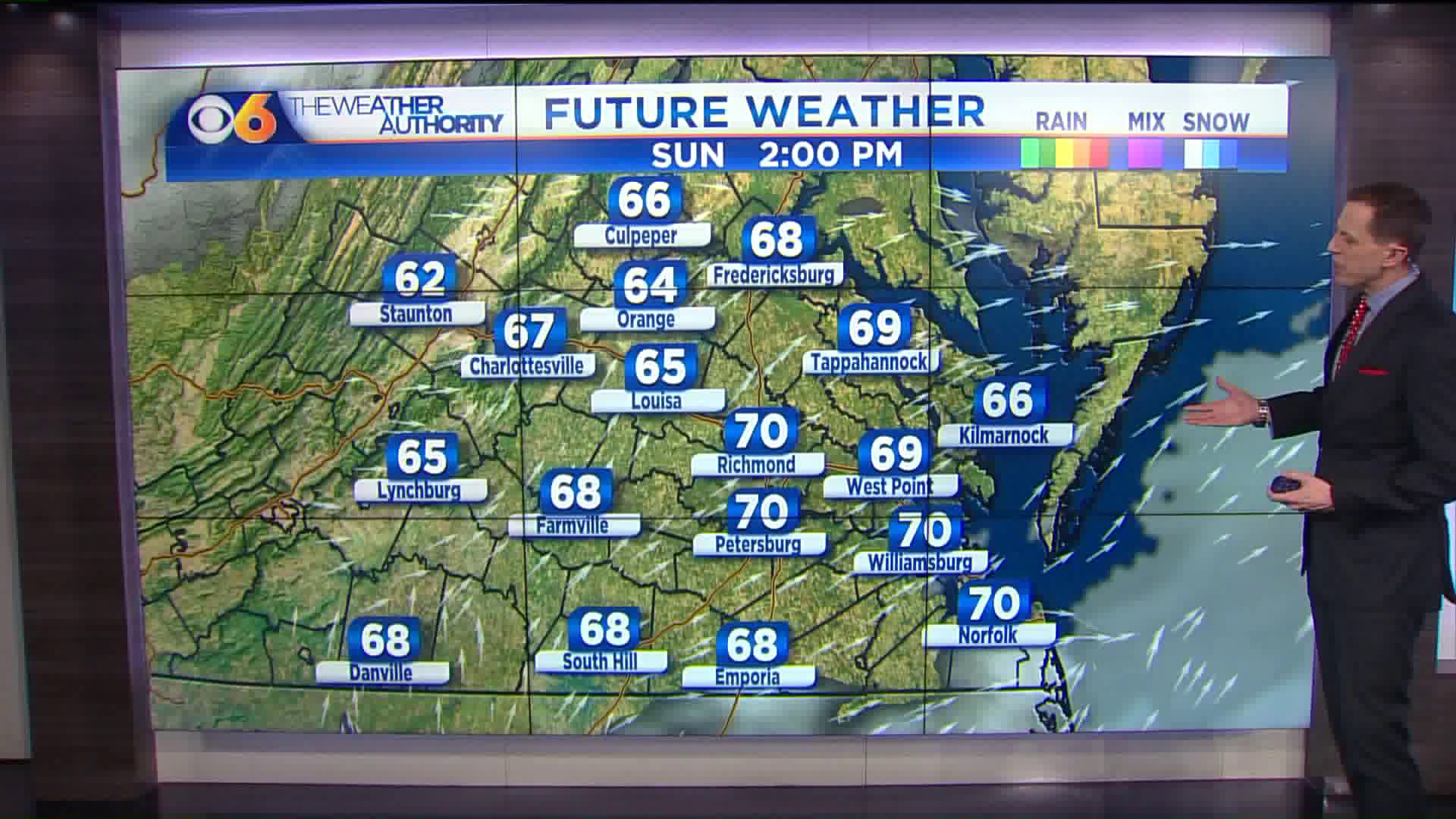 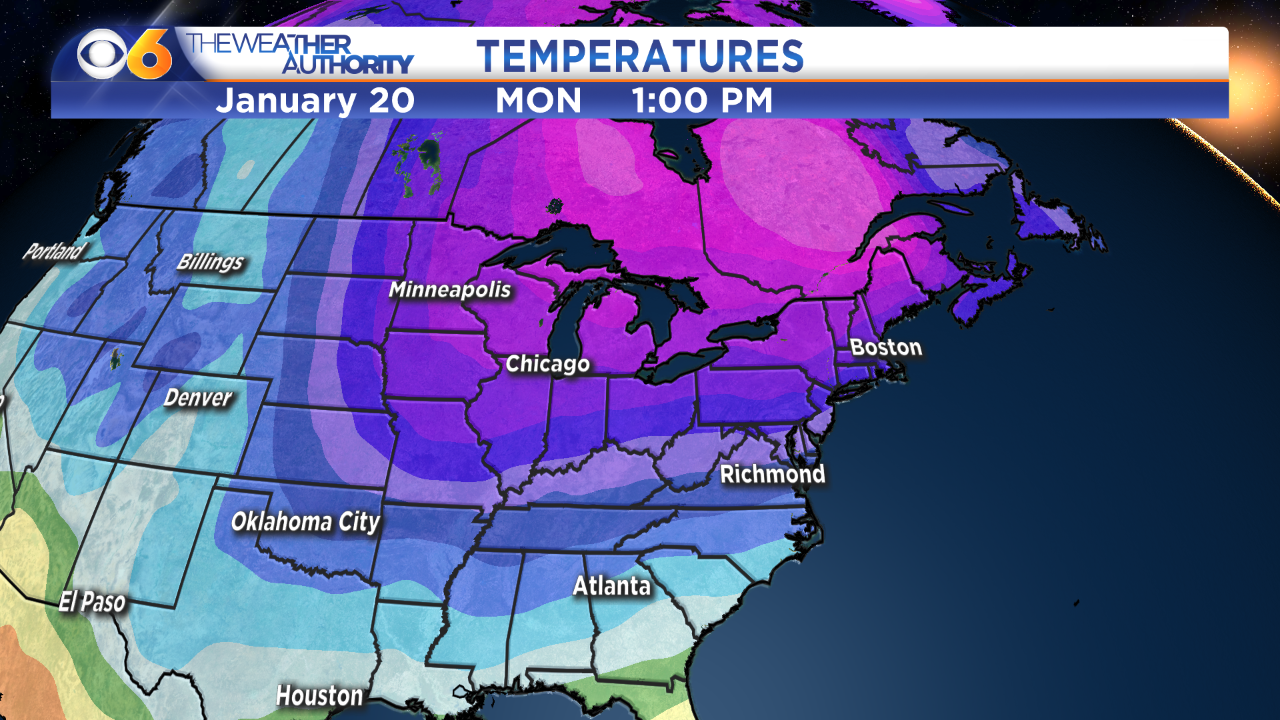 RICHMOND, Va. -- A major storm system caused wintry weather from the Plains into the Great Lakes, as well as record warmth and severe weather across the eastern United States.

We had some severe storms late Saturday evening into Saturday night in central and western Virginia.  There were multiple reports of trees and power lines down due to high wind gusts.

After record-level warmth this weekend, it will be cooler for the week ahead, but most days will still be well above the normal high of 47.

Another batch of cold air is expected next week. 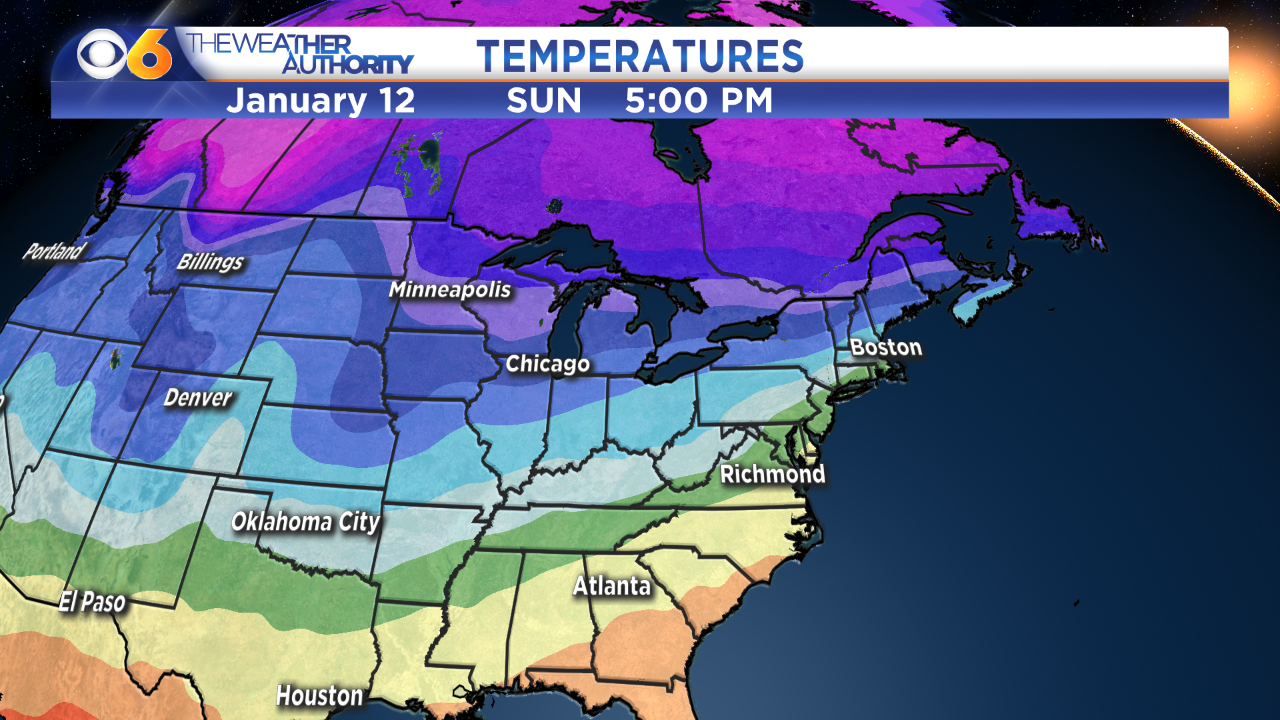 The majority of January thus far has had above-normal temperatures.  The expected bursts of colder weather over the next week or so will keep temperatures averaging below normal.