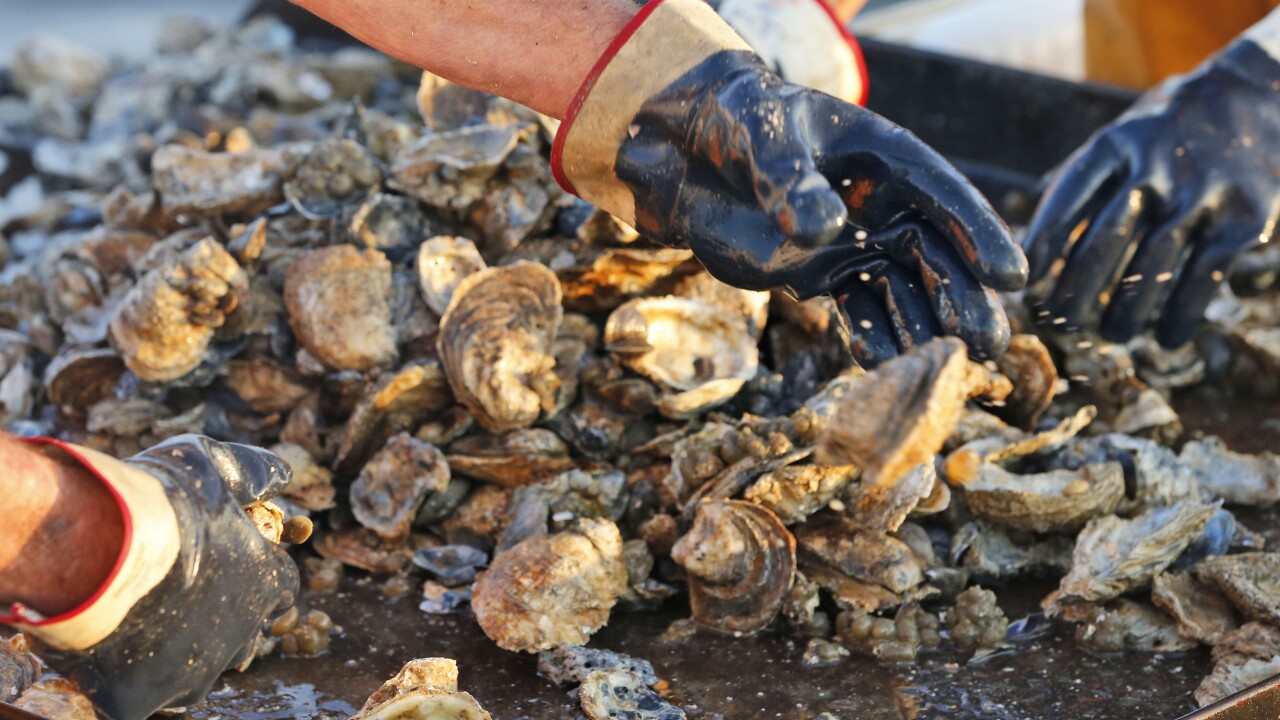 Lacy Rose along with his son, Shaw Rose sort oysters on their boat on the Rappahannock River near White Stone, Va., Thursday, Oct. 8, 2015. (AP Photo/Steve Helber)

RICHMOND, Va. — Health officials announced Saturday an extension of the ban on shellfish harvesting in the waters off Parrot Island in the Rappahannock River in Middlesex County.

The news comes after Virginia Department of Health officials banned the harvesting of oysters and clams in that stretch of the river on Dec. 27 following a Norovirus Outbreak in Colorado linked to shellfish harvested from the area.

The only oysters affected by the recall were shipped by Rappahanock River Oyster Company from lease numbers 18403, 18417, and 19260 in the Rappahanock River, according to the Virginia Department of Health. The company said the oysters were sold under the Emersum brand name.

Officials noted crabs and fin fish in the river are still safe to catch.

The below map highlights the affected areas of the Rappahannock River.

Symptoms of norovirus, the most common cause of foodborne illness, include diarrhea, vomiting, nausea and stomach pain, according to the CDC.

Those symptoms usually show up 12 to 48 hours after someone is exposed to the virus, officials said.

Most people typically get better within 1 to 3 days, according to the agency.

Shellfish farming in Virginia accounted for more than $53 million in 2018, according to the Virginia Institute of Marine Science’s Virginia Shellfish Aquaculture Situation and Outlook Report.

Additionally, Virginia ranks first in the U.S. for clam production and first on the East Coast for Eastern oyster production, according to the report.