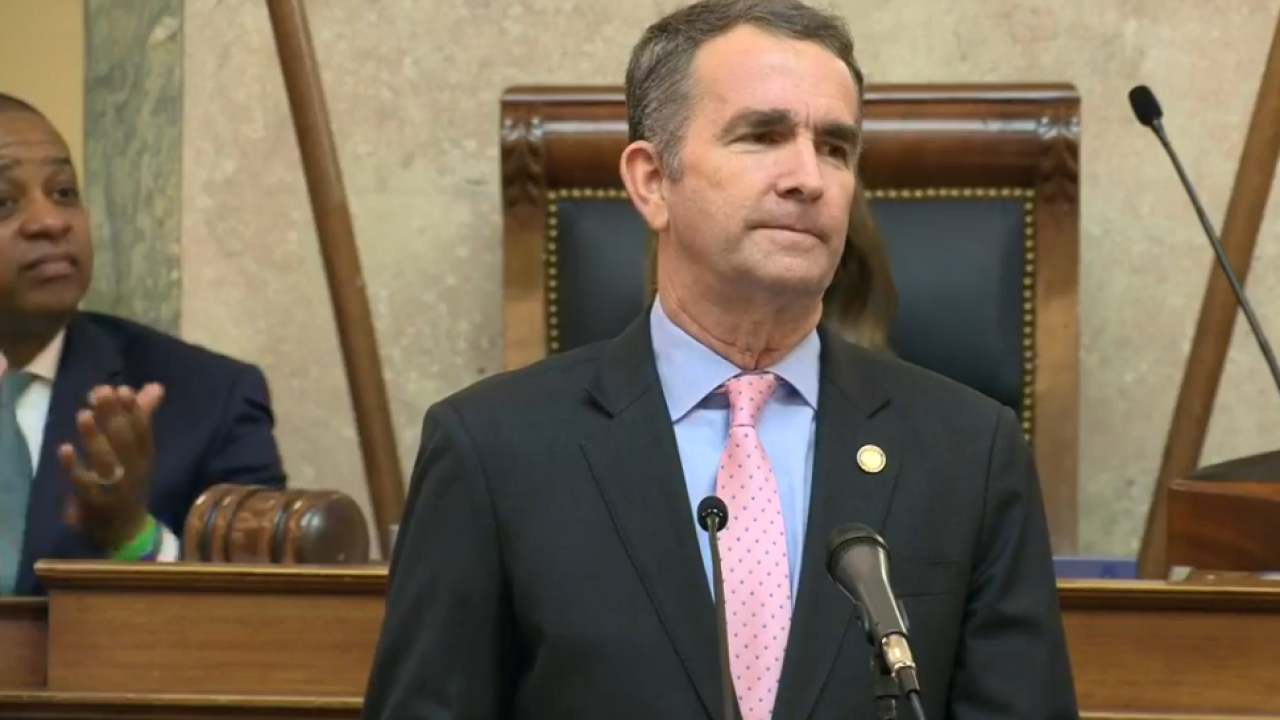 RICHMOND, Va. — Gov. Ralph Northam on Monday addressed state leaders and a full General Assembly to reflect on the year and discuss Democratic legislative priorities at the beginning of the 2020 legislative session.

“It’s a proud moment to look out and see a General Assembly that reflects, more than ever, the Virginia we see every day. This is truly an historic night,” Northam said.

With Democrats in control of both the House and Senate, the GA is poised to tighten gun laws, decriminalize marijuana, raise the minimum wage, ratify the Equal Right Amendment, and pass healthcare reforms while shaping the state’s two-year budget, all within the next 60 days.

In his address, Northam first spoke the importance of raising the state’s minimum wage, particularly during a time where Virginia’s unemployment rate is at a record low.

“Today, more people are working than ever before. Statewide unemployment has dropped to record lows. That’s good, and we need to keep this momentum going. But wages haven’t kept up. Too many people are under-employed, and we can’t ignore that fact.”

Northam’s address ended with the issue of implementing “common-sense” gun laws, an issue that has dominated the legislature since the mass shooting at a Virginia Beach courthouse in May of 2019.

“This issue generates great emotion. But the facts are the facts, and I want Virginians to know the facts,” Northam said. “Gun violence takes the lives of more than one thousand Virginians every year. Three people every day. At that rate, everyone on the floor of this Chamber would be gone by March.”

Northam argued that Virginians expected “common-sense” gun legislation that would make Virginia safer, and posited on the importance of “an honest conversation based on fact, not fear.”

“I want to reiterate: This common-sense legislation does not violate the Second Amendment,” Northam said.  No one is calling out the National Guard. No one is cutting off your electricity, or turning off the Internet. No one is going door-to-door to confiscate guns. These laws are intended to keep Virginians safe. Period.  It’s time to act.”

The 2020 General Assembly session is scheduled to last 60 days.