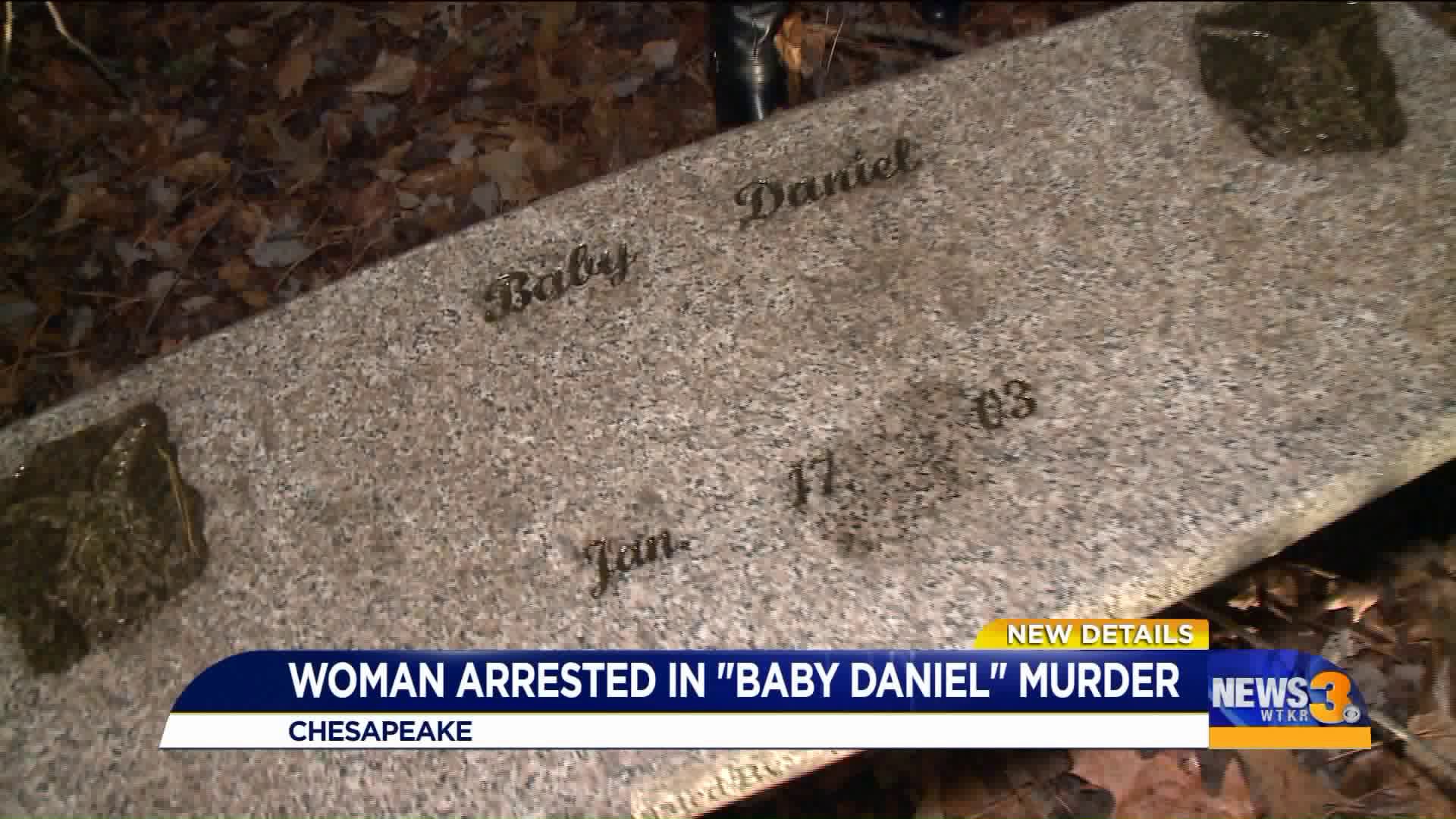 CHESAPEAKE, Va. -- Chesapeake Police announced Tuesday that they have made an arrest in a cold case homicide from 2003.

On January 17, 2003, an infant boy was found abandoned and dead in Western Branch Park, WTKR reports. Police say the baby was discovered by an 11-year-old boy.

Investigators and the community named the baby "Daniel." He was wearing an oversized diaper and was wrapped in two blankets when he was found.

Daniel's umbilical cord was still attached, leading investigators to believe he had recently been born.

As a result of the ongoing criminal investigation and forensic testing, police charged Melissa Chrisman with felony murder and felony child abuse and neglect on January 7.

In an episode of the Chesapeake Public Communications and Chesapeake Police Department's Cold Case Homicide Series, officials interviewed Rafael Cabrera, the man who was 11 years old when he found Baby Daniel nearly two decades ago.

"No matter how old the case is, even 16 years later, there is always a chance it will be solved, bringing justice to the victim and closure to the family."

Chesapeake Police have an update on one of their cold case homicides. If you have ANY information regarding ANY unsolved case, call the Investigations Unit at 757-382-6251. To remain anonymous, call the Chesapeake Crime Line at 1-888-562-5887. pic.twitter.com/XvRz49F9uA