President Trump: ‘Iran appears to be standing down’ 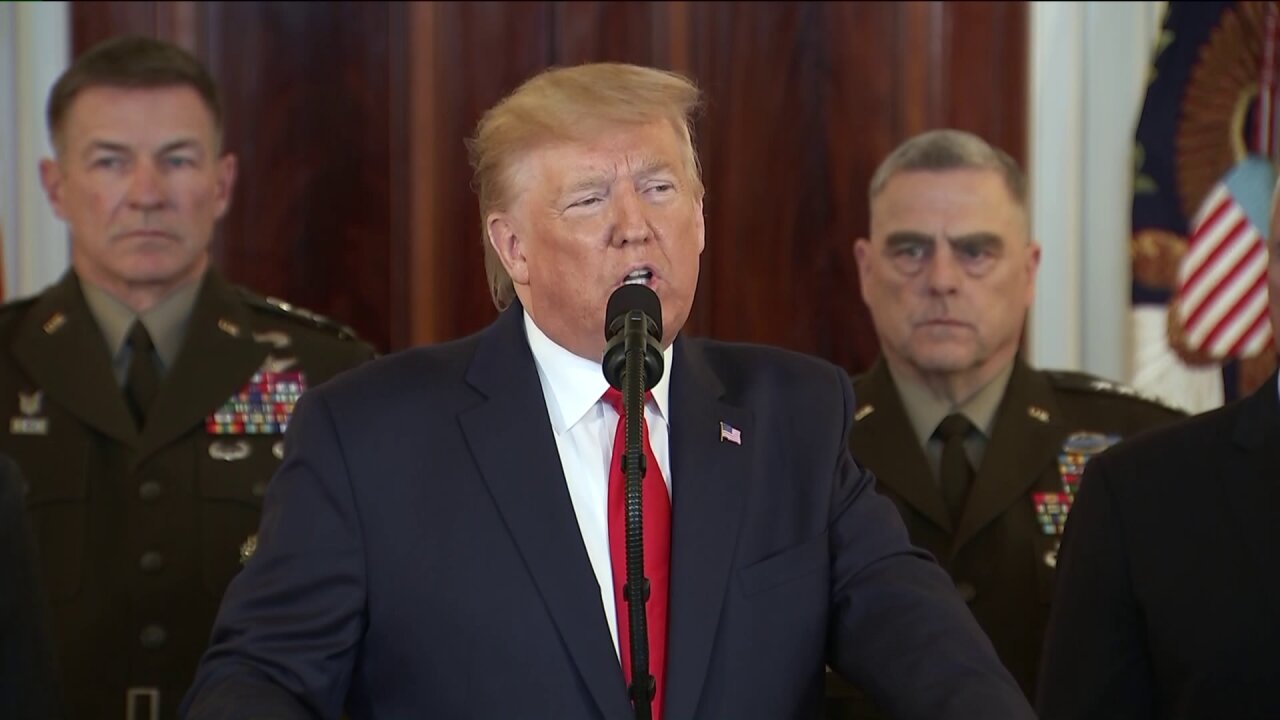 WASHINGTON -- President Donald Trump, facing the gravest test of his presidency to date, struck a somber tone Wednesday, announcing no Americans were harmed in Iran's retaliatory attacks against Iraqi bases housing US troops.

During a White House statement, Trump also signaled a de-escalation of tensions, stating: "Iran appears to be standing down."

"We suffered no casualties. All of our soldiers are safe and only minimal damage was sustained," Trump said.

No American or Iraqi lives were lost, according to Trump, adding that an early warning system worked well.

Iran fired a number of missiles at two Iraqi bases housing US troops Wednesday local time in retaliation for the American strike that killed a top Iranian general last week.

These officials floated the notion that Iran could have directed their missiles to hit areas that are populated by Americans, but intentionally did not. Iraq did receive advance warning that the strike was coming and was able to take "necessary precautions," according to a statement from Iraq's Prime Minister Adil Abdul Mahdi. A US defense official said that Iraq, in turn, gave advance warning to the United States.

Iraq's joint military command said there were no casualties among Iraqi military forces.

Iran targeted the al-Asad airbase, which houses US troops, and American and coalition forces in Erbil, according to Jonathan Hoffman, a Pentagon spokesperson. Trump had visited al-Asad in December 2018.