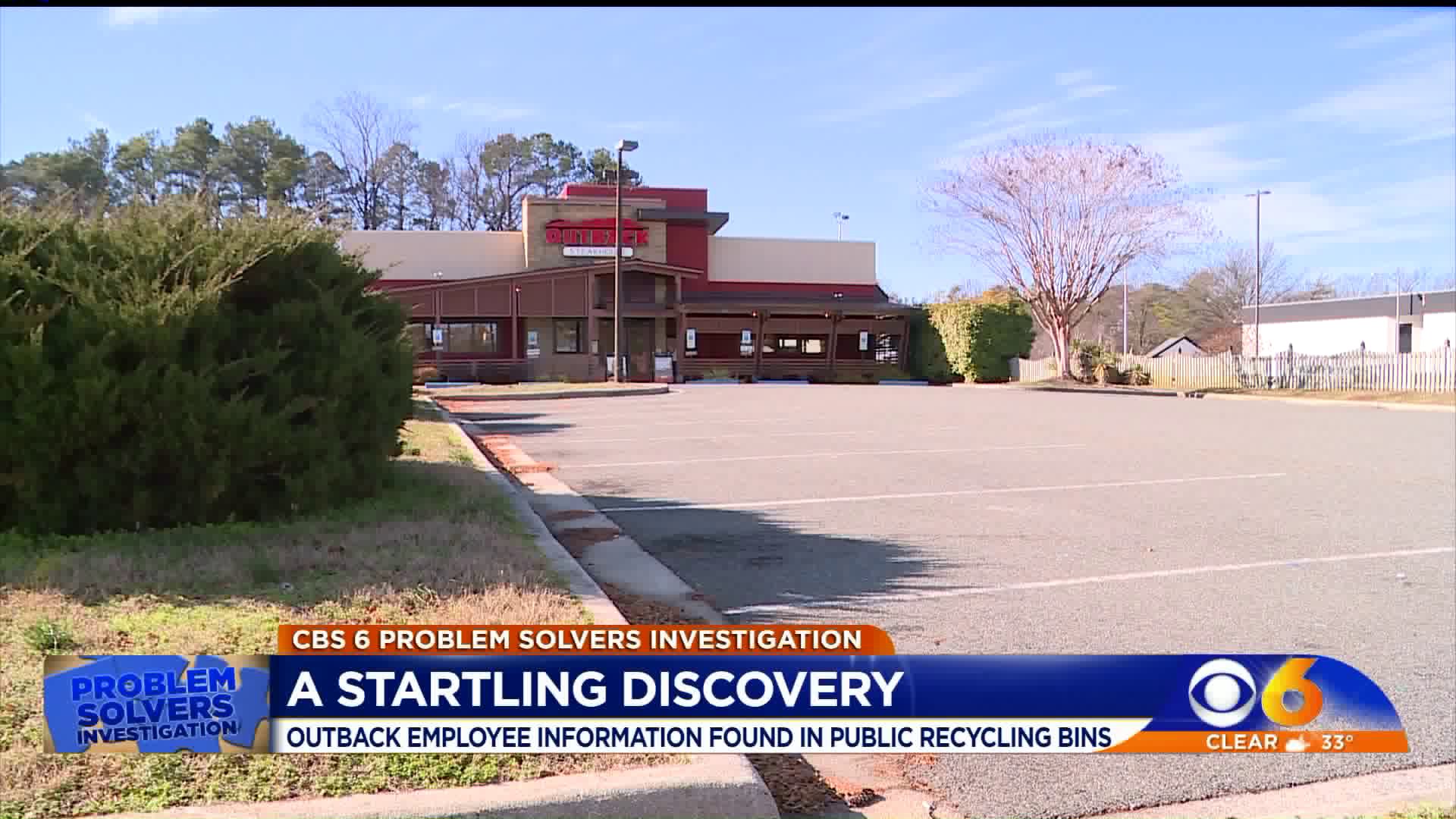 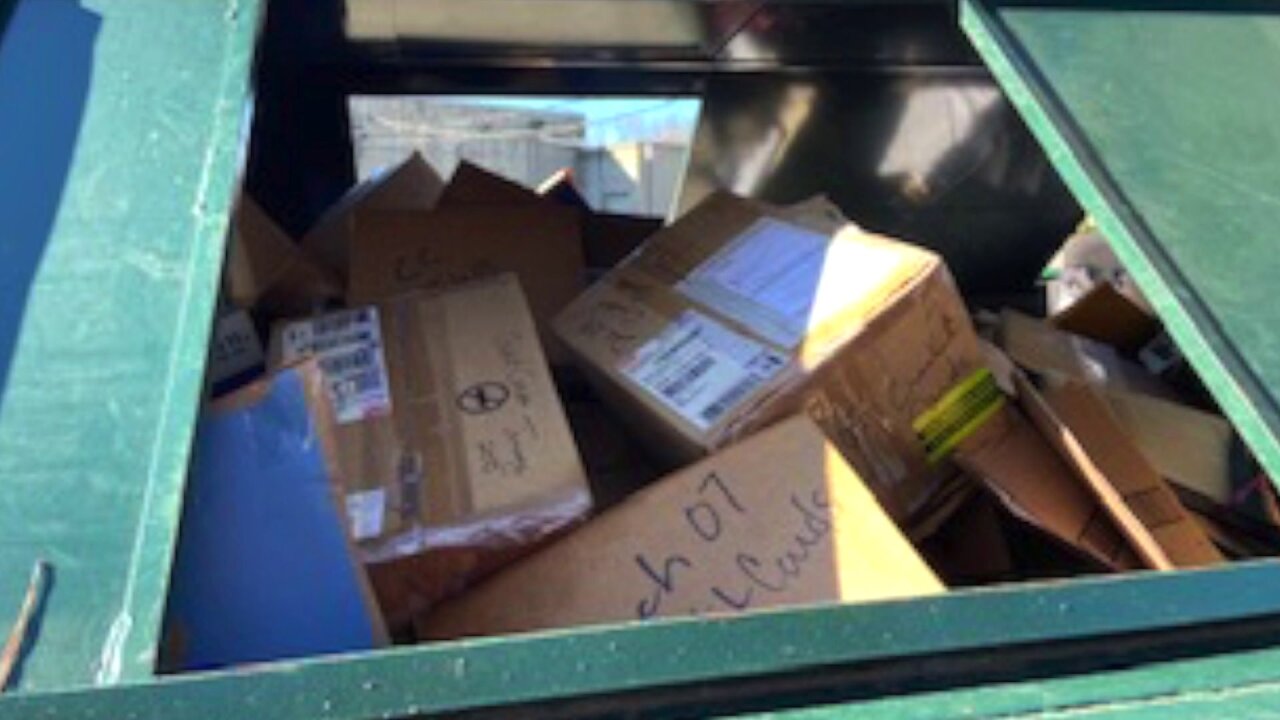 HENRICO COUNTY, Va. -- Behind this busy South Richmond shopping center boxes, furniture, and other items are piled at a public recycling bin.

“When I saw it laying in the dumpster, I knew it was a problem and knew it wasn’t right," Hunt said.

The extremely sensitive information was piled high in the open bin for all to see. All documents, she realized, belonged to the Outback Steakhouse in the West End of Henrico County.

“It said Outback Steakhouse and printed on the folder on the outside was the employee’s full name, date of birth, social security number, address, phone number, W4, resumes, and a whole stack of papers inside of the folders,” Hunt added.

She said she spotted boxes and boxes labeled credit card receipts which dated back 10 years or more.

She was so stunned, she contacted police.

“The police said it wasn’t criminal. Nothing they could do about it," she said. "I think they were just as amazed as I was to find it here. I thought the employees needed to know that their information was so recklessly disposed of and put them in jeopardy."

The CBS 6 Problem Solvers spoke with a witness who said he saw the person dump the items on Saturday.

He said the man was driving a UHaul and told him he was there getting rid of old papers from an old office space.

He didn’t realize how sensitive the documents were until the next day when he came back to the recycling bin.

We took his concerns to managers at Outback Steakhouse on West Broad Street.

“This is an isolated incident where documents should have been shredded and we regret that didn’t happen," Outback Steakhouse spokesperson Elizabeth Watts said in a statement to CBS 6 Problem Solvers. "We take the security of personal information very seriously and are currently investigating what impact this may have.”

“Some of the stuff was hanging out and there were receipts and payroll stubs too. The stuff I saw had people’s names on it from Outback Steakhouse.

I’m hoping nobody gathered any of that information and took it with them because there’s no telling if somebody took a box with them” that second witness said.

Barry Moore, the president and CEO of the BBB of Central Virginia knows exactly what happens when such sensitive information falls into the wrong hands.

“They can take your information and build an entire dummy record. They can get a license, get a mortgage or open bank accounts. If somebody steals your personal information and identity, it’s a nightmare to get it back,” Moore said.

He said just like individuals take measures to protect their personal information at home, businesses should do the same for their employees.

“My best advice to companies? Handle those personal records like they’re your own. Would you want some strangers to have the name and the numbers of your family members? Your social security numbers? If you don’t want that to happen then treat all of your employees like that," Moore added.

He said businesses who need to get rid of sensitive documents should know that they can even turn to the BBB.

The agency holds a free shredding event each year to help businesses do their part to protect sensitive information that could be used against someone if it lands in the wrong hands.

Moore says the BBB’s next free shredding event will take place on the Saturday after tax filing day.