Dr. Bob predicts big changes following 2020 General Assembly: ‘It’s going to be a session like none other’ 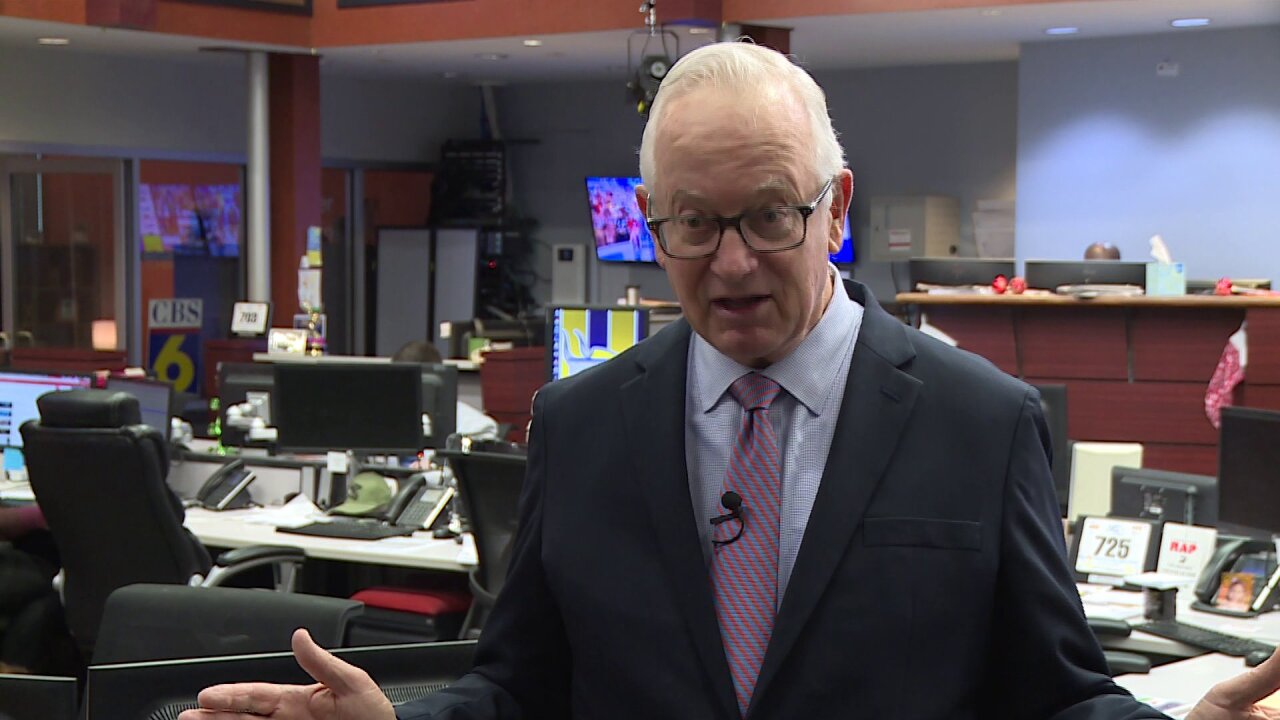 RICHMOND, Va. -- Expect many Virginia laws to change in 2020 as Democratic lawmakers pass legislation for Virginia's Democratic governor to sign. For the first time in decades, Democrats control both house of the Virginia General Assembly and the governorship.

"More things are going to happen in the next 60 days in Virginia politics than we've probably seen in the last 20 years," CBS 6 political analyst Dr. Bob Holsworth said.

"The big questions are, how far are the Democrats going to go? How fast are they going to go? And how much it's going to cost," Dr. Bob said. "But at the end of the day, this is going to be the most consequential session in Virginia politics since the mid-1990s."

"Whether or not that's going to take place nationally is an open question, but Virginia is going to put that on the stage," Dr. Bob said. "After that they're going to pass a set of voting rights' legislation. Virginians will see absentee voting without any excuses for the first time. They're going to pass a whole set of criminal justice reforms, probably including decriminalization of possession of small amounts of marijuana."

There is not much state Republicans can do to slow the changes Democrats hope to implement.

He said Republicans also hope they can convince a couple of Democratic lawmakers to break party lines when it comes to gun control legislation.

"They're going to mobilize people in the communities that, by and large, are objecting to this," Dr. Bob said. "I think a couple of weeks into this session we're going to see fairly large gatherings of pro-Second Amendment folks."

Another difference Dr. Bob sees in the 2020 General Assembly is with the ideologies of current Virginia Democrats.

"There used to be more conservative Democrats in the legislature. That's not the case anymore, "Dr. Bob said. "There's very few Democrats who represent rural Virginia any longer. There are no Republicans who represent some of the largest suburban jurisdictions."

"This is the first time, I think ever, that Northern Virginia is going to dominate the General Assembly like it has never done before," Dr. Bob predicted. "It's going to be a session like none other."

He said he expected any minimum wage increase to be phased in over time. Other Democratic initiatives will happen more quickly.

"We're probably going to see more protections for the LGBTQ community right away and we'll probably see some easing of some of the abortion restrictions that might have been put in during the McDonnell administration," Dr. Bob added. "So all told, there's going to be an extraordinary array of legislation and probably significant legislation trying to address climate change as well.

"[It's] going to be like nothing we have seen in Virginia in two decades."

Many of the new laws state Democrats are expected to pass could take effect early as July 1.