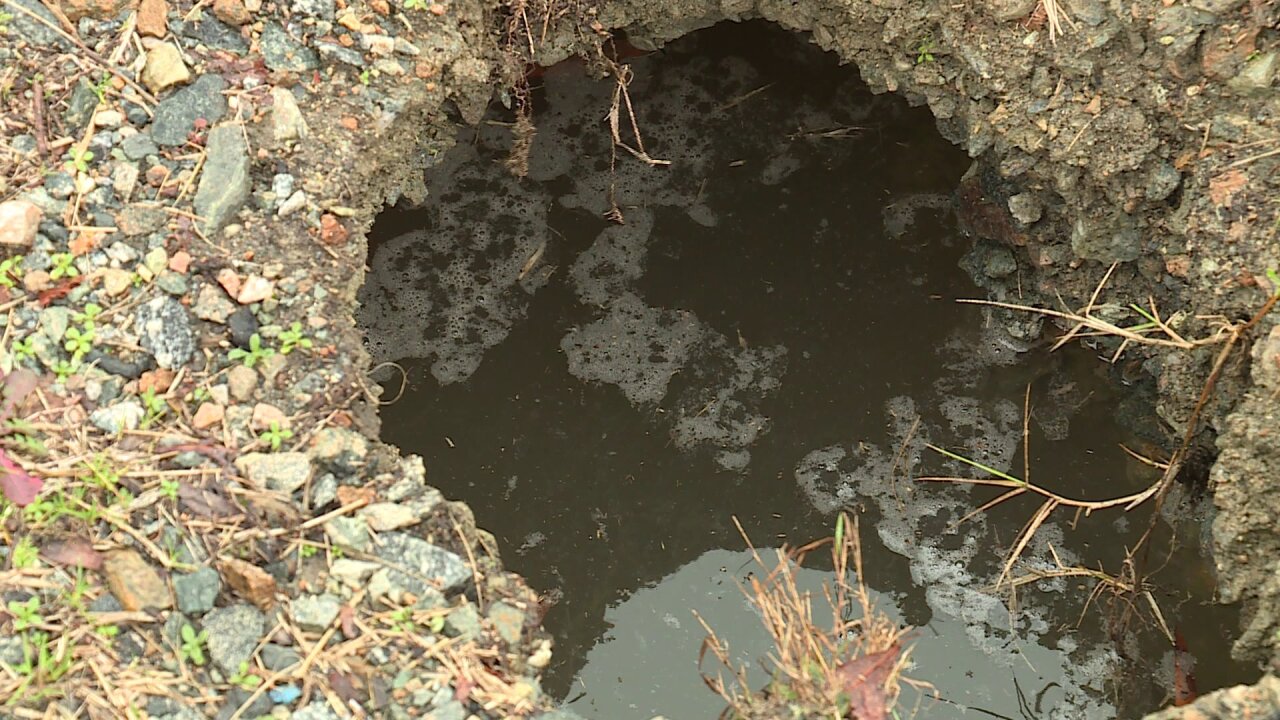 RICHMOND, Va. -- A woman reached out to the CBS 6 Problem Solvers for help getting a sinkhole in front of her parents’ south Richmond home fixed.

Susan McNeil told CBS 6 she had moved in with her parents at their Windcroft Road home in the past year to help care for them. In October, she says a sinkhole appeared at the edge of their front yard and the street.

She said the sinkhole is about 12-inches in diameter and between two to three feet deep.

She said she called the city then, but nothing happened. She said when she called back in November, she was told there was no record of her request but was told they would send someone out.

“And then they came out and painted the stripes,” said McNeil. “And she gave me a work order that time.”

On RVA311, the city’s service for requests like McNeil’s, there is a work order for the sinkhole that was created on November 20, 2019. The work order added it had been assigned on the same date.

McNeil said no workers have returned to address the issue since then.

“Normally, Dad would park the truck out there, but because it was giving in I’m afraid it’s going to give in, even get bigger and I don’t want someone falling in it or a car going in it, so I just needed someone to come fix the hole,” added McNeil.

CBS 6 reached out to the city’s Department of Public Utilities and someone with the department said they are looking into the request. They added they had been in touch with McNeil as of Tuesday afternoon.