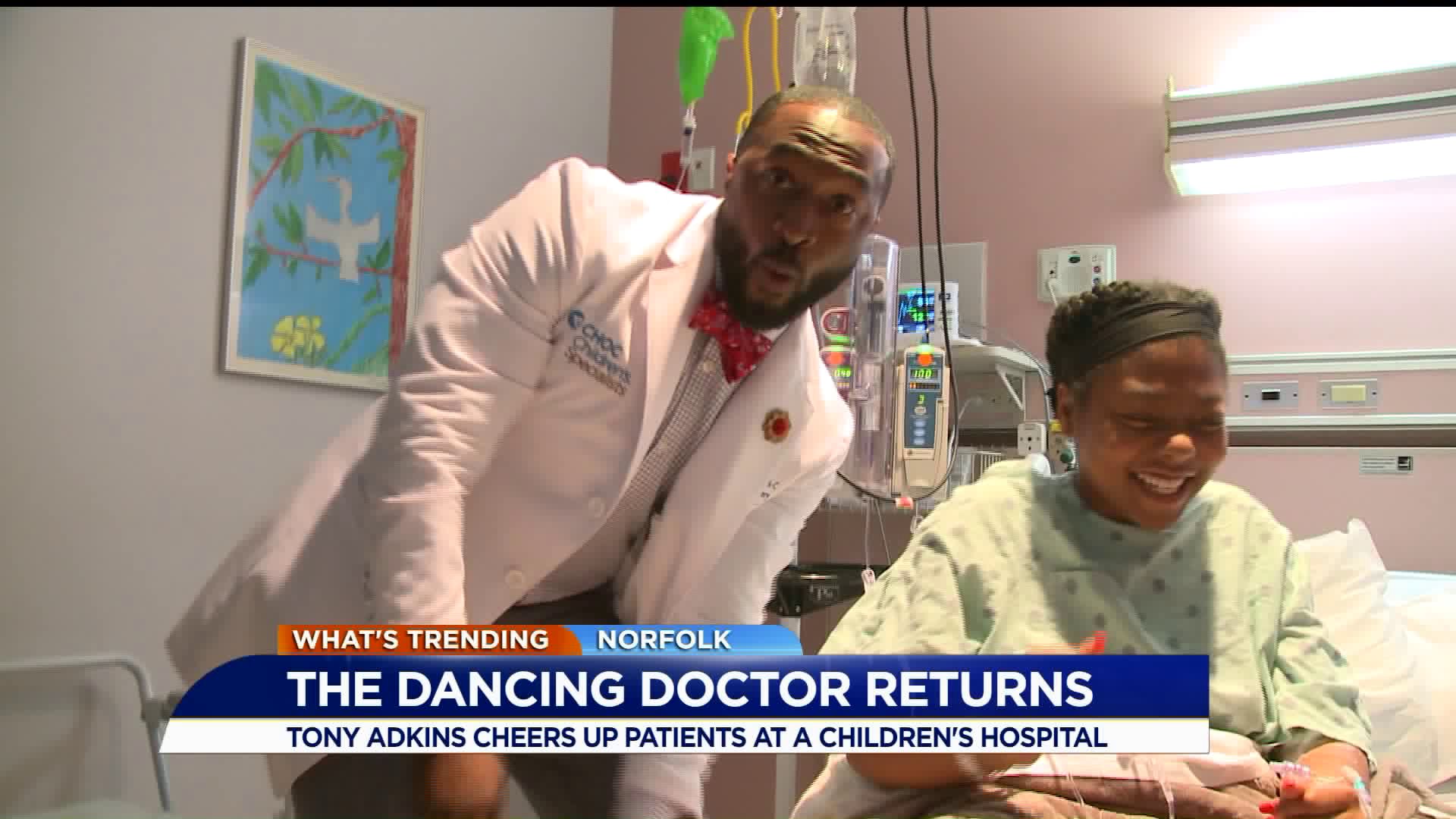 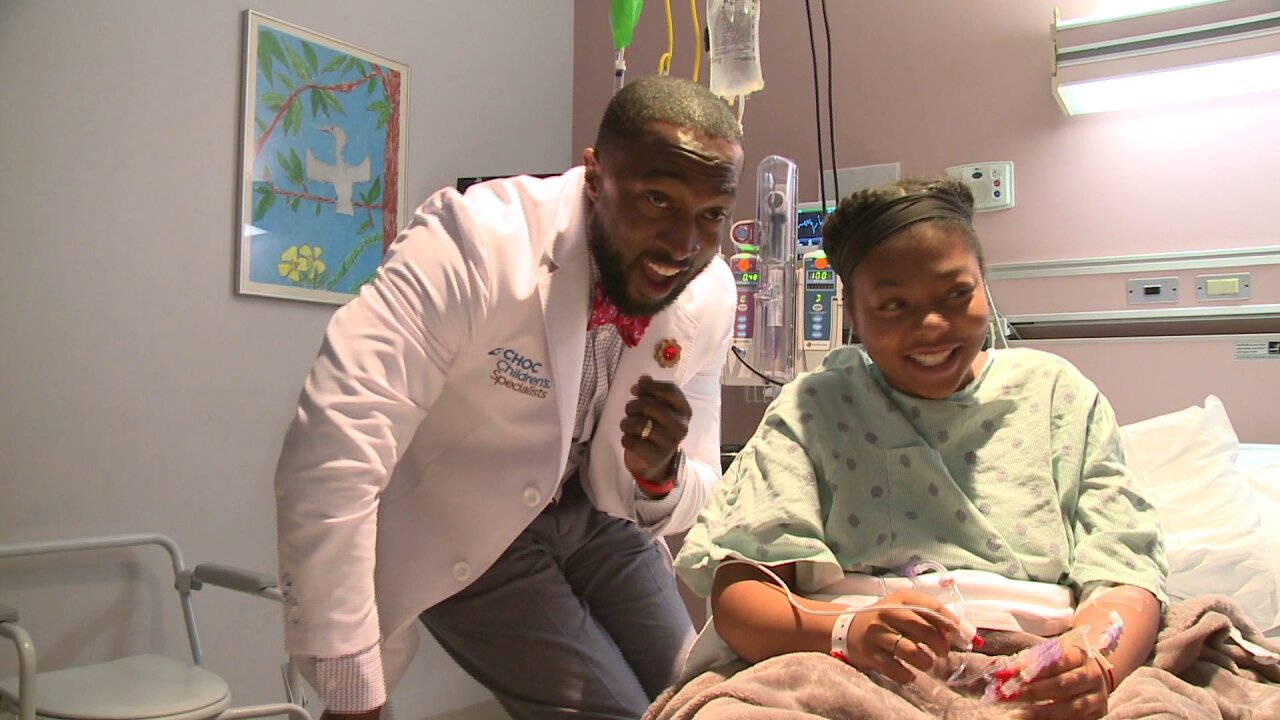 NORFOLK, Va. - The viral "Dancing Doctor" made his way to Norfolk to visit Children's Hospital of The King's Daughters (CHKD) patients Monday afternoon.

Physician assistant Tony Adkins, better known as the "Dancing Doctor," has gone viral with videos of him dancing with his patients to lift up their spirits.

Adkins visited Norfolk to speak at a physician assistant orientation class at the Eastern Virginia Medical School, but he made sure to stop by CHKD to put a smile on many of the patients' faces.

WTKR had a chance to stop by CHKD during Adkins' visit to watch him in action.

"A lot of people have said, 'I look at your videos and I was going through chemo... your videos helped me get through troubling times,' [and] 'Your videos have brought humanity back into medicine' - it's like millions of messages that I get daily," Adkins told us.

Adkins said he loves taking care of kids and relating to them so he can see how he can help them. He explained how his signature style suddenly captured the hearts of millions.

"One day, one of my kids was... I could see the glow in his eyes was kind of leaving, so I turned on some music, started dancing. His mom filmed it, put it on social media and it just kind of went from there," he explained.

He said he sees what his dancing does for the kids who are confined to the walls of a hospital.

"We have our trying moments. Medication doesn't make him a typical 3-year-old, but we just roll with things as they come along," said mom Victoria Wagner, whose son, Titus, was diagnosed with neuroblastoma in February 2019 and declared remission in October. "Somebody who makes everything not so scary for them, who makes things a lot easier for them - and for us, honestly, as parents."

Adkins said it has been "a breath of fresh air to bring something so positive" into the field of medicine.

Watch the video of Adkins' visit above.