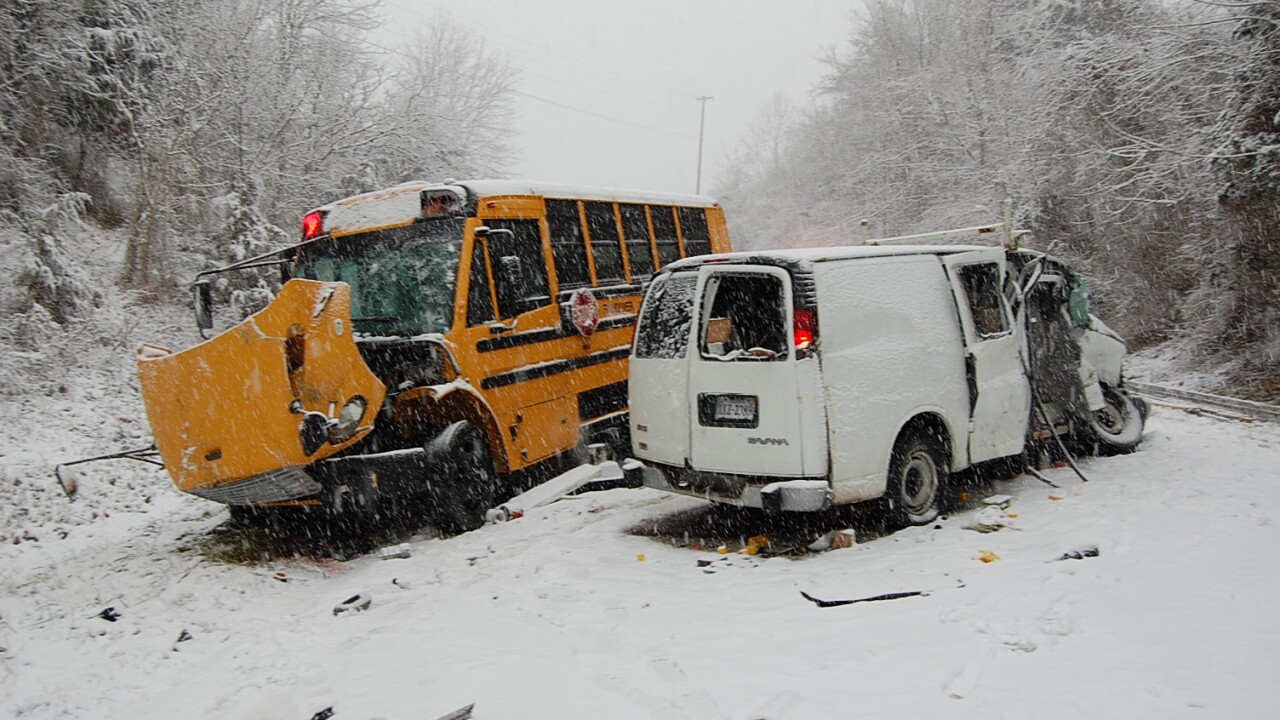 FAQUIER COUNTY, Va. — A man was killed and several others injured in a crash involving a school bus in Faquier County on Tuesday afternoon.

Police responded to the crash at Route 55 (John Marshall Highway) near Route 729 (Carrington Road) around 1 p.m.

A 2001 GMC Savana was traveling east on Rt. 55 when the driver lost control, crossed a double solid yellow line, and collided with a westbound Fauquier County school bus.

The driver of the GMC, 71-year-old Charles E. Anderson, suffered life-threatening injuries in the crash and was flown to INOVA Fairfax Hospital. He was wearing a seat-belt.

A passenger in the GMC, 48-year-old Mark R. Tee, died at the scene as a result of his injuries in the crash. He was not wearing a seat-belt.

There were no children present on the school bus at the time of the crash.

Slick road conditions were factors in the cause of crash. The crash remains under investigation.