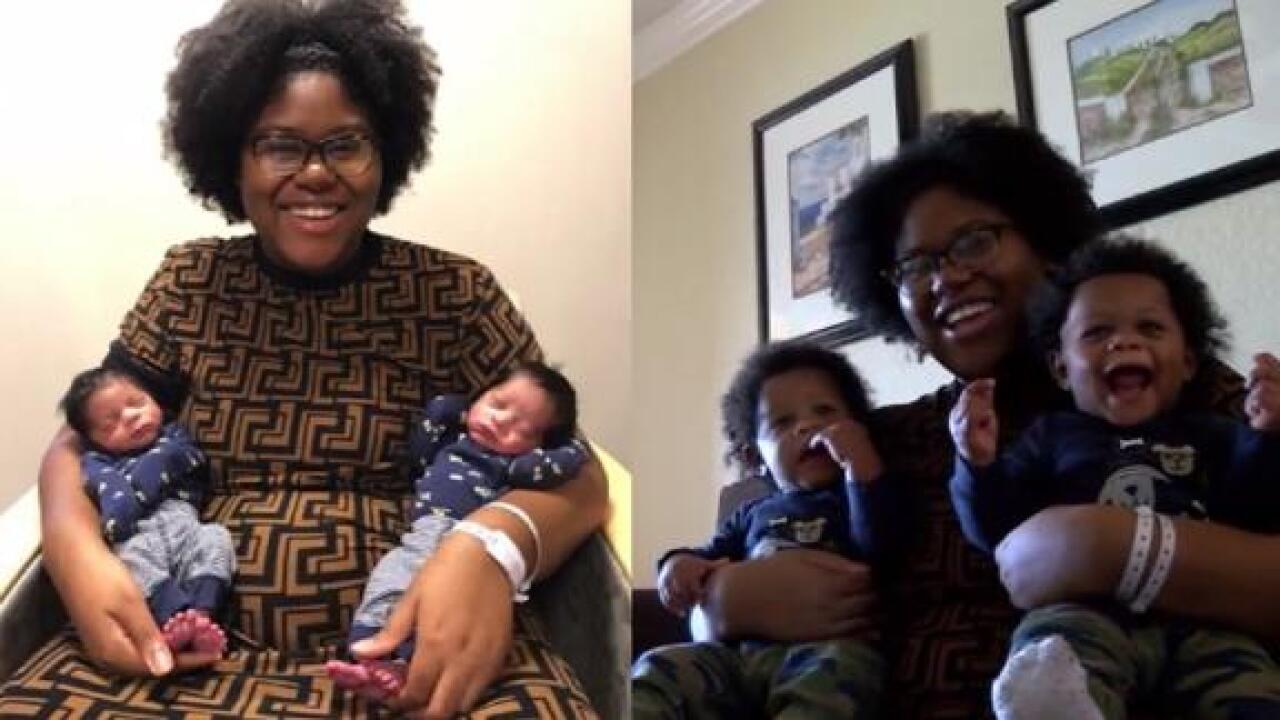 WEST PALM BEACH, Fla. — Doctors told Alexzandria Wolliston she had better chances of hitting the lottery. Now, she says her sets of twins are her jackpot.

Mark, Malakhi, Kaylen and Kaleb. Four boys were born in one year. Wolliston says she didn’t even know twins ran in her family.

Wolliston had four. Starting with, Mark and Malakhi in March, then in May with no plans for more, she learned a second set was coming.

She recently learned both of her grandmothers lost twins boys at birth now she feels her babies are a blessing from above.

“I always say that I feel like my grandmothers gave me their kids because two sets of twins and their twins passed away,” Wolliston explained. “I feel like they just sent them down for me.”

It’s a challenge that she is happily accepting. She says her now 3-year-old daughter prepared her for the twins.

“She was actually worse than them, so she was like two babies in one,” she recalled.

For now she’s hoping to keep her kid count to a party of five.

“Oh yes, I feel like I hit the twin lottery,” she exclaimed.