Police confiscated more than 300 illegal firearms from Petersburg in 2019 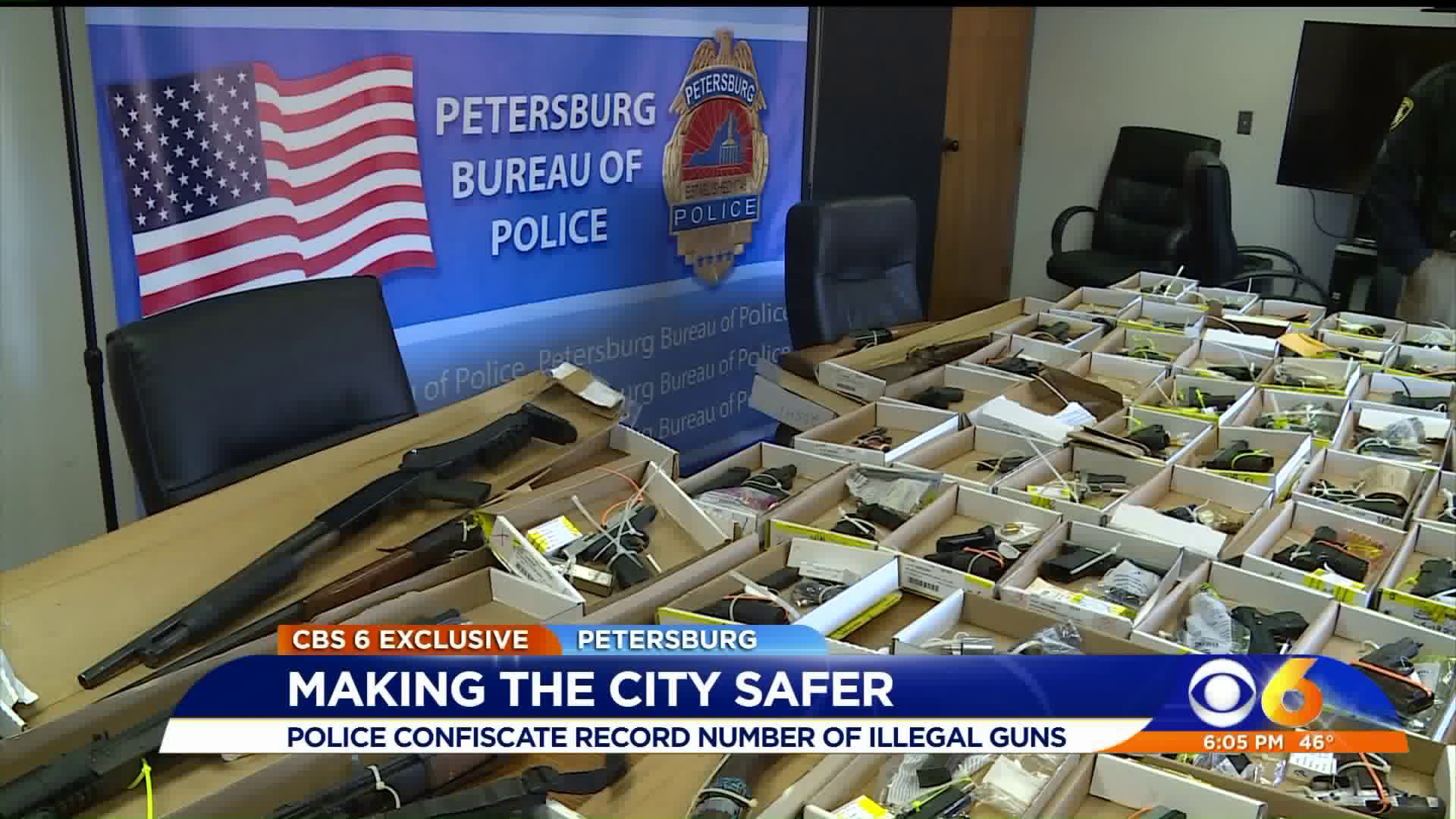 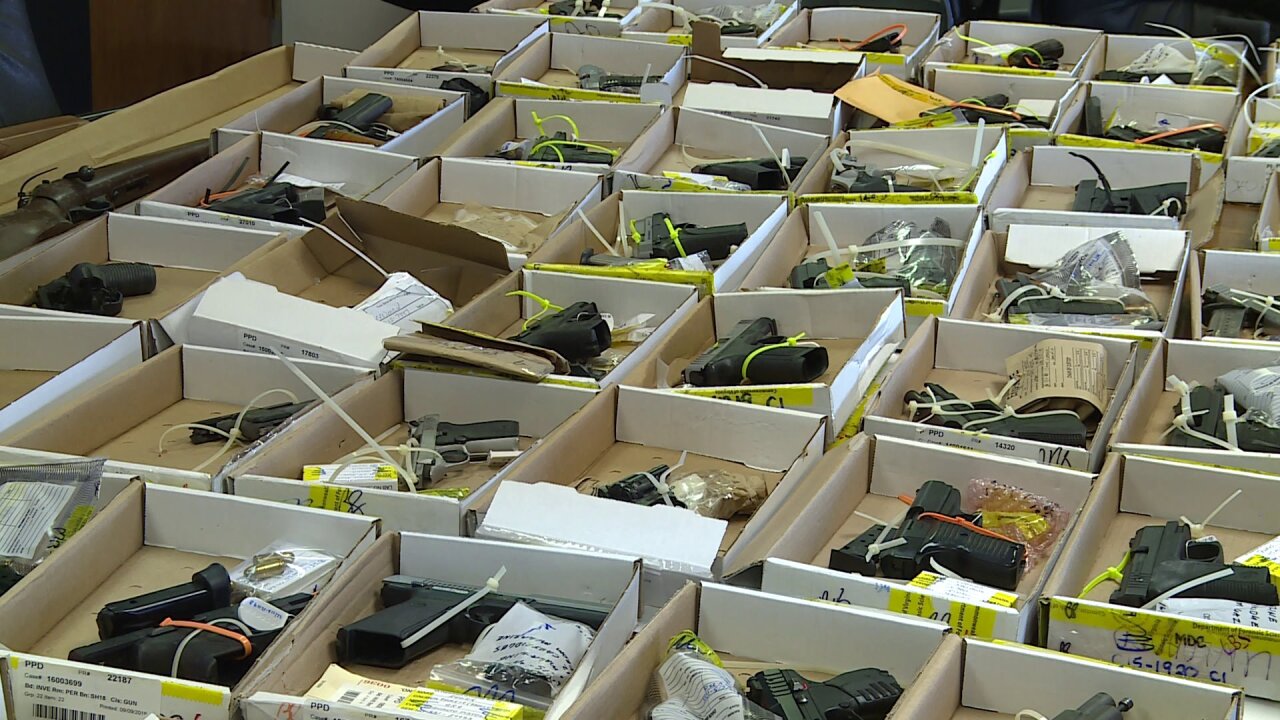 For many living in the City, it is welcome news  "We're tired of our kids, our family members getting killed, it's just sad," resident Veronica Johnson said.

Danella King said she also appreciates the efforts by police to get the guns off the streets "It really hurts my spirit to see so many people losing loved one."

Sitting at a table in Police Headquarters with about 75 of the illegal guns in front of him, Chief Kenneth Miller said that things become dangerous when the weapons get into the hands of the wrong people.

"These are truly tools, but in the hands of undesirables, they become weapons of destruction".

The types of guns run the gamut, from guns held together with duct tape, to sawed off shotguns.

While the number of guns confiscated is higher than the year before, Miller said he worries about the guns that are still out there.

"There's this many guns we were able to secure, I guess my fear is, the ones we were not," Miller said. Clarifying that "the law-abiding citizens firearm is not on this table".

Chief Miller said every Officer on the department is tasked with getting guns off the street,

"This is just one element or one piece if you will of our efforts to reduce crime and the fear of crime in our Community".

Veronica Johnson says she is happy about the 325 guns taken off the street.

"It's great, I think that's fantastic, because we here as the Citizens of Petersburg, we're fed up with the violence and we want some peace".

Six days into the New Year, Chief Miller says already his officers have gotten eight illegal guns off the streets.,