Technology changing how people use maps, how they’re created 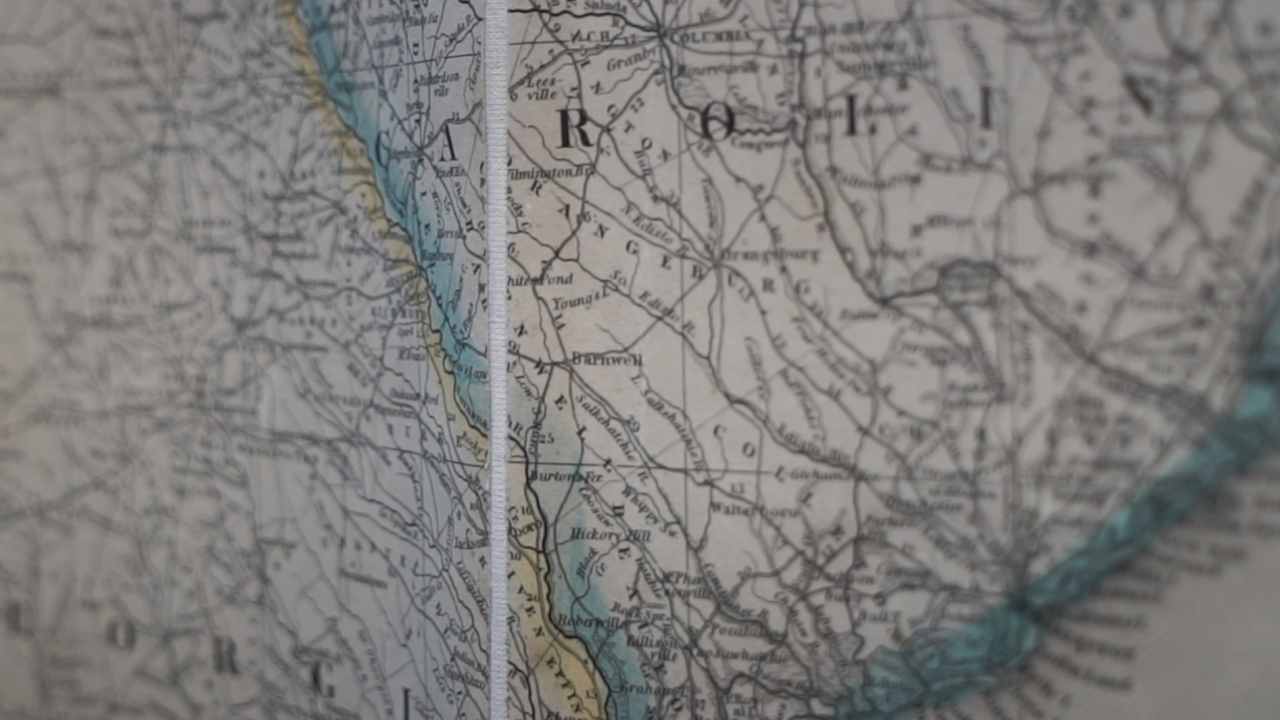 Maps have changed over the years and so has how we use them. What used to be a final product is now an ever-changing data set, which has put map-making in the hands of everyone.

“The world is divided into two types of people, those who love maps, and those who can’t understand why people love maps,” Christopher Lane, owner of The Philadelphia Print Shop West, said. He has been selling antique maps for almost four decades.

“When you get an antique map and you actually look at it, it opens up the world in a way that today’s maps don’t,” Lane said. “They show the state of knowledge, or belief at least at the time.”

He’s watched as we went from pulling out folded maps to find our way, to pulling out phones. Phones now give us constantly updated direction in the palm of our hand.

“The maps today that most people interact with are very much linear,” Lane explained. “You’re going somewhere and your map shows you your route as you go.”

This shift has impacted two particular industries — cartography, the science of drawing maps, and GIS, or geographic information systems.

“We thought of maps as documents, as a finished product,” Dr. Barbara Buttenfield, a Research Cartographer at the University of Colorado, Boulder and a former president of the American cartographic Association, said. “Now what we think of is a map as an information refinery.”

One study done by Prescient & Strategic Intelligence Market Research shows the value of the global GIS market. They predict the industry is worth about $10.8 billion in 2018, but that number is expected to rise to $19.7 billion by 2024.

“Anybody can make a map, anybody can use it, and anybody can add information to it or publish it on the internet,” Dr. Buttenfield said.

“Today we do everything digitally,” Tom Neer with Digital Data Services, Inc. said. “The industry hasn’t actually changed that much. It’s the tools that we use for that.”

Neer explained that the industry has moved away from specialized programs, and toward web applications that anybody can use. These tools have allowed mapping to become more interactive.

“Google is tracking you as you drive to and from work, and can actually tell you based on all the other data their collecting, where traffic is bound up,” Neer explained. “That was impossible 20 years ago, to crowd source all that information.”

“I’ve just told something to a lot of companies that are paying attention to where I go and what I do,” Dr. Buttenfield said. “I think a lot of people are concerned about that.”

“Anytime you’re using new technology, if you don’t know what the product is, you need to assume that you are the product,” Neer said.

As of 2015, 90 percent of adult smartphone users use their phones to get directions or other information relating to their location, according to Pew Research.

“The technology is going to continue to advance,” Dr. Buttenfield said. “I would encourage people to not be fearful of it, to embrace it.”

As technology advances, Lane believes people can still find value in traditional maps. “I think these bigger maps just open up the world in a way that people are losing today,” he said.

“As a traditional cartographer, if there was one downside, it’s the art seems to get lost,” Neer said.