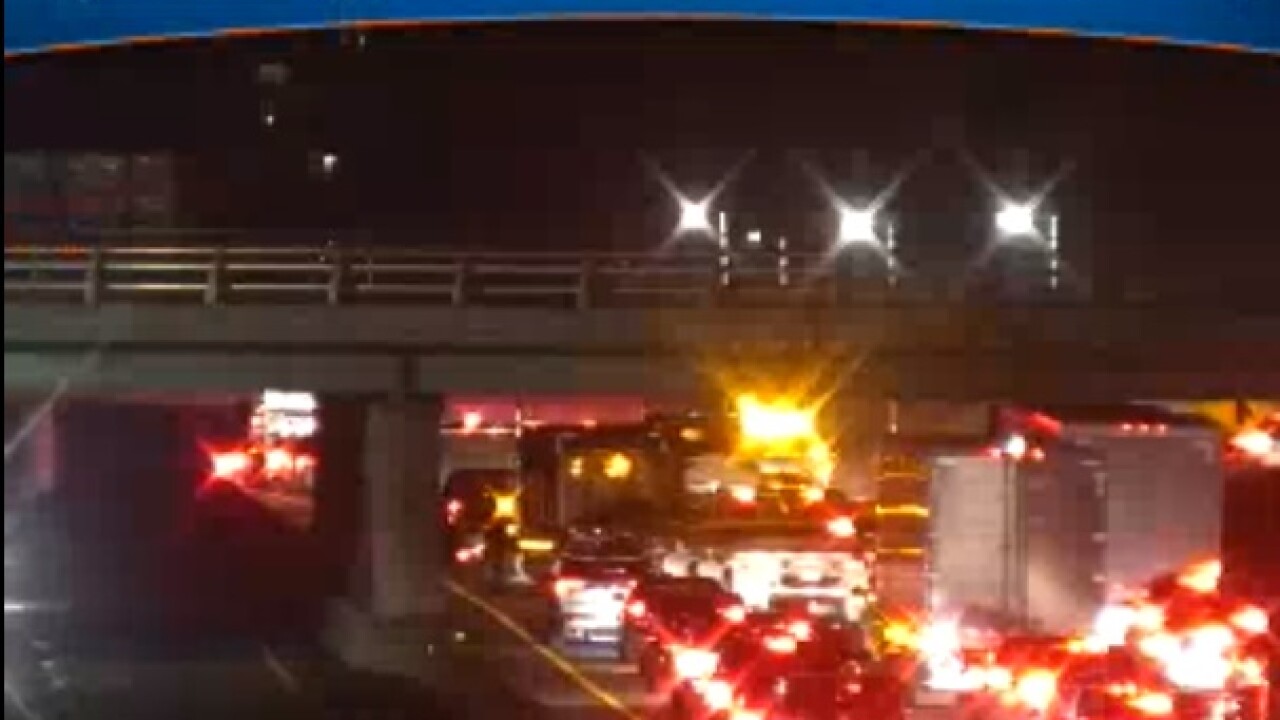 Additionally, officials said at least one of the vehicles being hauled came off the trailer.

Ismar Planic drove by the scene of the crash moments after it happened.

"A car in the middle of the road, completely destroyed," Planic wrote. "I was worried someone lost their life in it. Water was spilling all over the car."

No injured were reported, according to state police.

"Traffic is getting by in the left lane with a three-mile backup," VDOT officials said around 8:30 p.m.

The accident was cleared around 9 p.m., according to VDOT.