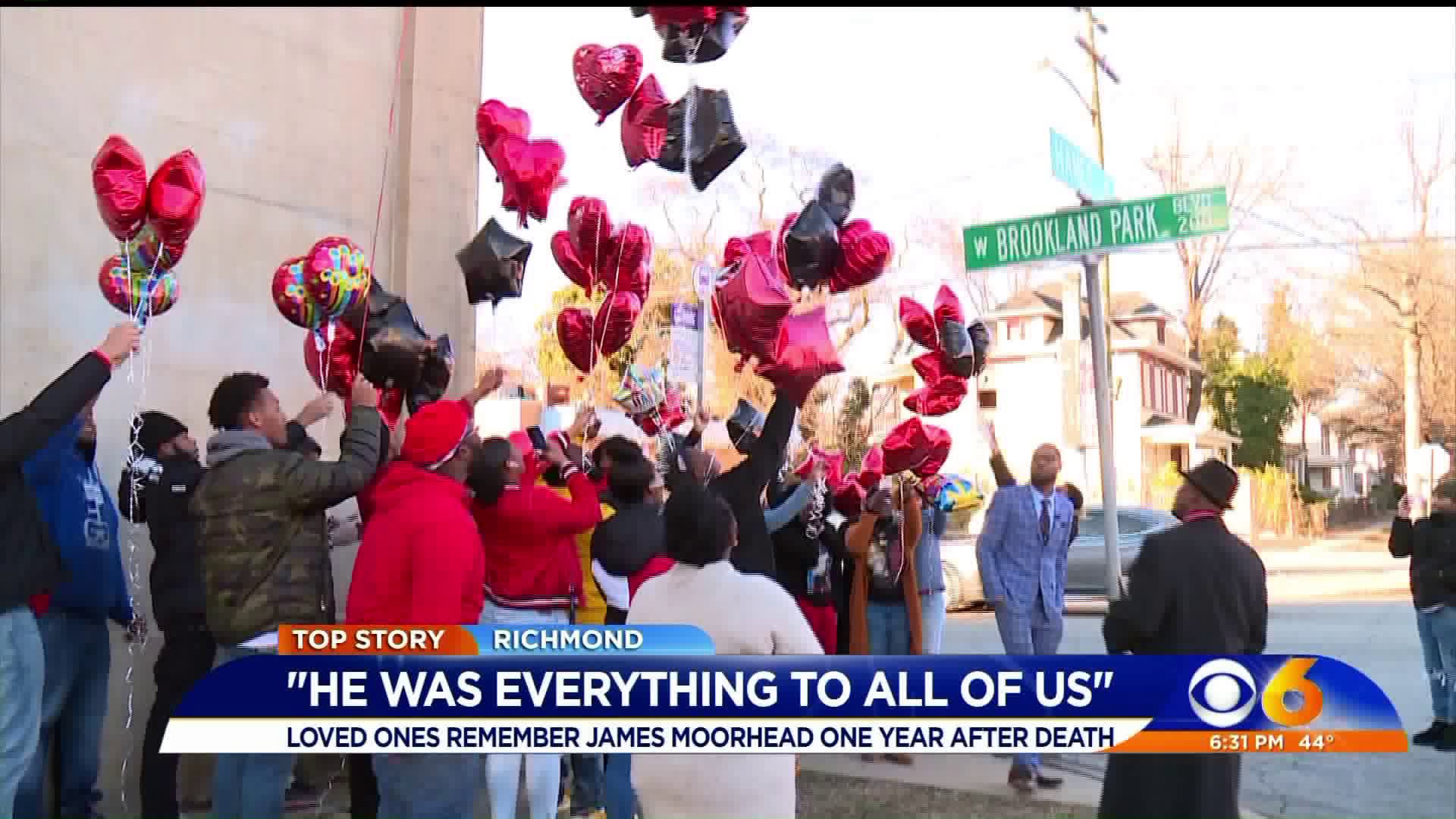 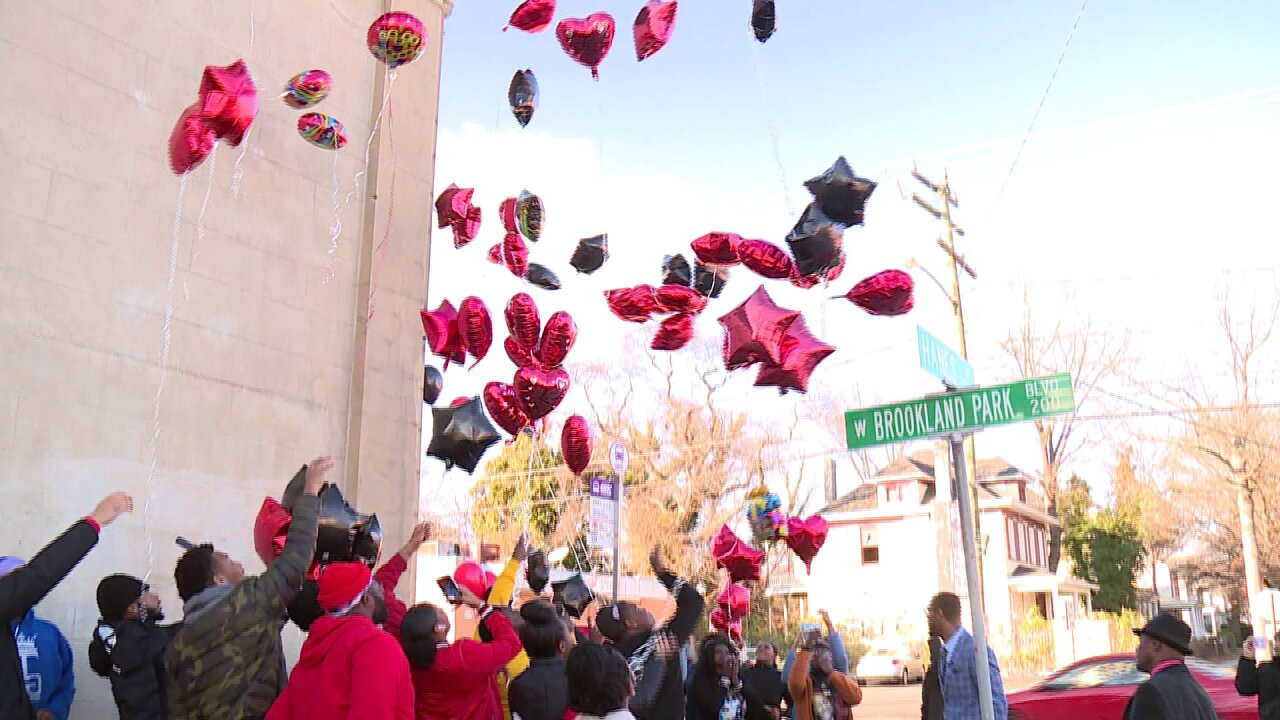 RICHMOND, Va. -- A Richmond family is trying to turn a place that caused immense pain into something positive on their path to healing.

One year and two days after 18-year-old James Moorehead was fatally shot at the corner of Hanes Avenue and Brookland Park Boulevard in Brookland Park.

Moorehead, who was better known as James Polo, would have turned 20 years old Sunday.

The lingering pain for Moorehead’s mother, Tamesha, and other family and friends served as a stark reminder to gun violence’s long-lasting effects.

"He was everything to all of us," she said during a vigil for her son.

The family of the Virginia Union-bound teen announced a new commitment to the block where he was killed.

"We've adopted the block,” Travis Wilkins, Moorehead's godfather, said. “So as of next week, that means by this time next week his name will be on it."

Accordingly, the family pledged to keep the block clean and check on the people who call it home.

“The purpose of it today is to turn tragedy into triumph,” Travis Wilkins, Moorehead's godfather, said. “To let people know that gun violence is real, and that it shakes a family to a core, but it doesn't stop us from functioning."

Family gathers at the block where James Moorehead was killed.

In a city that knows gun violence, Moorehead's godfather said they want to serve as examples of a different path.

"We just want the community, especially his friends, to remain peaceful, not retaliate, bring an end to gun violence, not carry guns, not be involved in gang life,” Wilkins pleaded. “If anything, carry out his legacy by doing what he was on his way to doing. He was on his way to school.”

Birthday balloons, symbols to his family of a new chapter in their relationship with this street, filled the corner Sunday afternoon.

Wilkins said the family plans to clean the block as well as check on the various small businesses and families who live there to give back.

“Because that's what he would have done,” Wilkins explained.

Through tears, Moorehead’s mother said she was happy with their plan.

"Even though it's like bittersweet, this block, it’s more sweet than bitter,” Tamesha Moorehead said.

Kelvontae Davis was arrested shortly after the shooting and charged with murder.

Court records show he is set to plead guilty to voluntary manslaughter.

A hearing on that plea agreement is set for the end of February.