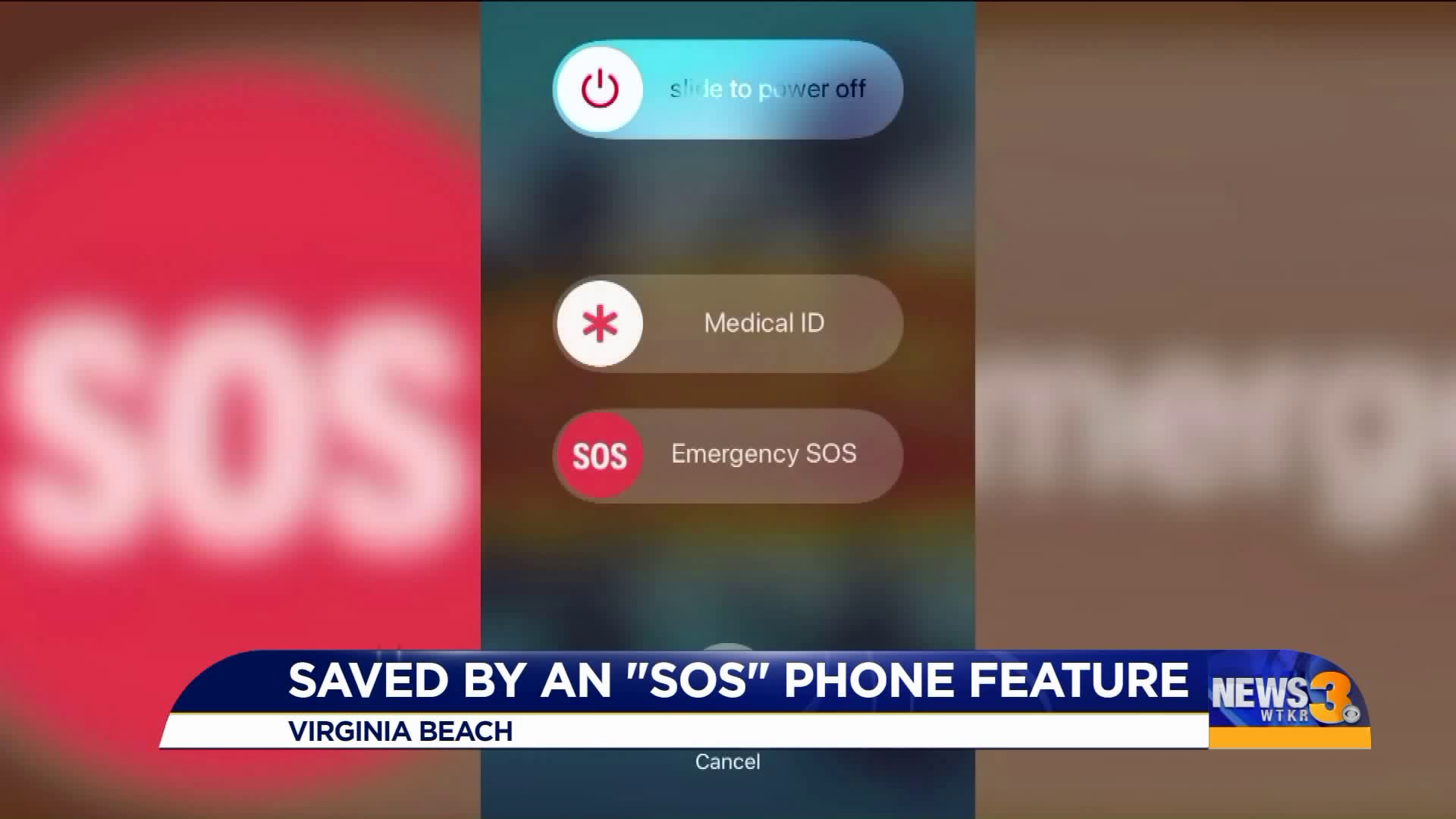 A woman who wanted to remain anonymous says a friendly stranger attacked her and tried to sexually assault her at the Oceanfront, but she says the Emergency SOS feature on her iPhone helped save her life.

It was early Sunday around 2 a.m. and the woman was about to get into her Uber to go home. “This guy came up to me and said, ‘I lost my phone... can you help me find my phone?'" she told reporter Kofo Lasaki.

The simple gesture for help that was the bait.

“I wasn’t suspecting he was bad. He was a very normal, nice looking guy,” the woman said.

She says the man, who police identified as 20-year-old Najee Chinyelu Bullock, lured her back to the boardwalk to find a lost phone. She says she just wanted to help.

It was a believable story from someone who didn’t appear threatening.

Bullock eventually told her he might have lost it in the sand, she said. She let him use the “Find My iPhone” app on her phone, but it wasn’t working.

She got a terrible feeling when she realized he didn’t know how to navigate her iPhone to use the app.

“I get my phone back and I turn around and I try to run away and he just comes up from behind me, tackles me, grabs my face, is covering my mouth.”

They’re struggling in the sand, and at one point Bullock says he has a knife.

In the middle of a fierce attack, she was poised and made a life-saving call without her attacker knowing.

Her iPhone automatically dialed 911— dispatch was on the line listening and sent police to her location.

“He looked up and the headlights from police were shining from the sand, and he just took off and ran down the beach and the police ran after him and they were able to get him in a foot pursuit.”

The nightmare was over.

“I’m so thankful for those police officers. I know they have a thankless job, and I just can’t thank them enough."

She says police caught her attacker, and it’s all because of the simple safety feature on her phone.

“They were originally going to look in the hotels and dispatch updated them that I was talking about the water— I’m begging him not to drown, I don’t want to drown - so they knew to come look in the sand.”

Now, she just wants to warn others and help them be more prepared.

“All the cards lined up for me, but I know that doesn’t always happen and people aren’t so lucky. And if there’s anything we can do to be proactive, we should do it.”

Bullock was charged with abduction with the intent to defile and is being held without bond.