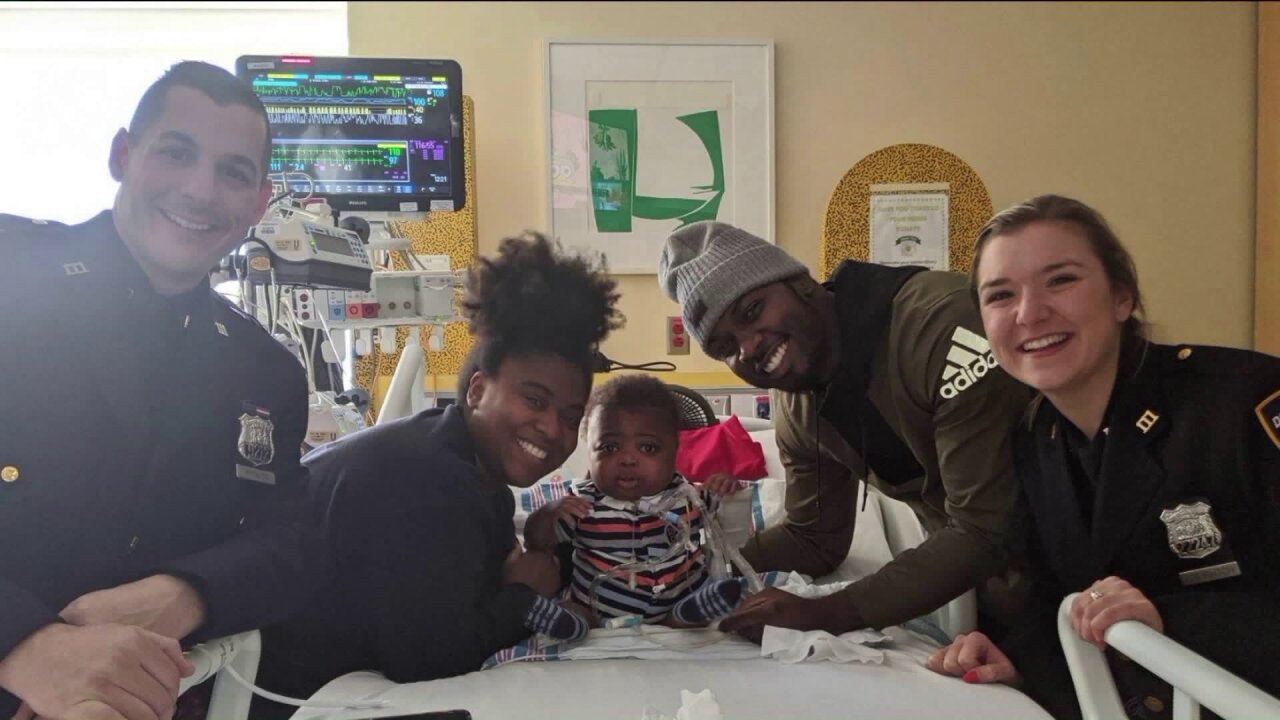 13-month-old Aydan Francis has spent a good portion of his life in the hospital after he was born congenital heart defect. While he was able to spend his first Christmas at home with his family, the relief was short-lived — Aydan suffered a setback, and just four days after he was discharged, his parents had to rush him back to the hospital.

As his family drove to the hospital on the Cross Island Parkway, Aydan began slipping away. The family pulled over on the side of the highway as the infant lost consciousness.

“It’s like something out of a movie; you don’t think you’d ever be put in a position like that,” Anesky Francis, Ayden’s father, said.

NYPD Officers Lauren Creighton and Michael Ippolitio responded to the call and were luckily able to help.

“I just wanted to secure the airway, so I dropped him down backward, and I just took his bag and just started squeezing for air,” Ippolitio said.

A week later, Ayden is said to be in good spirits and expected to return home in the coming days.

This story was originally published by Andrew Ramos on WPIX in New York.