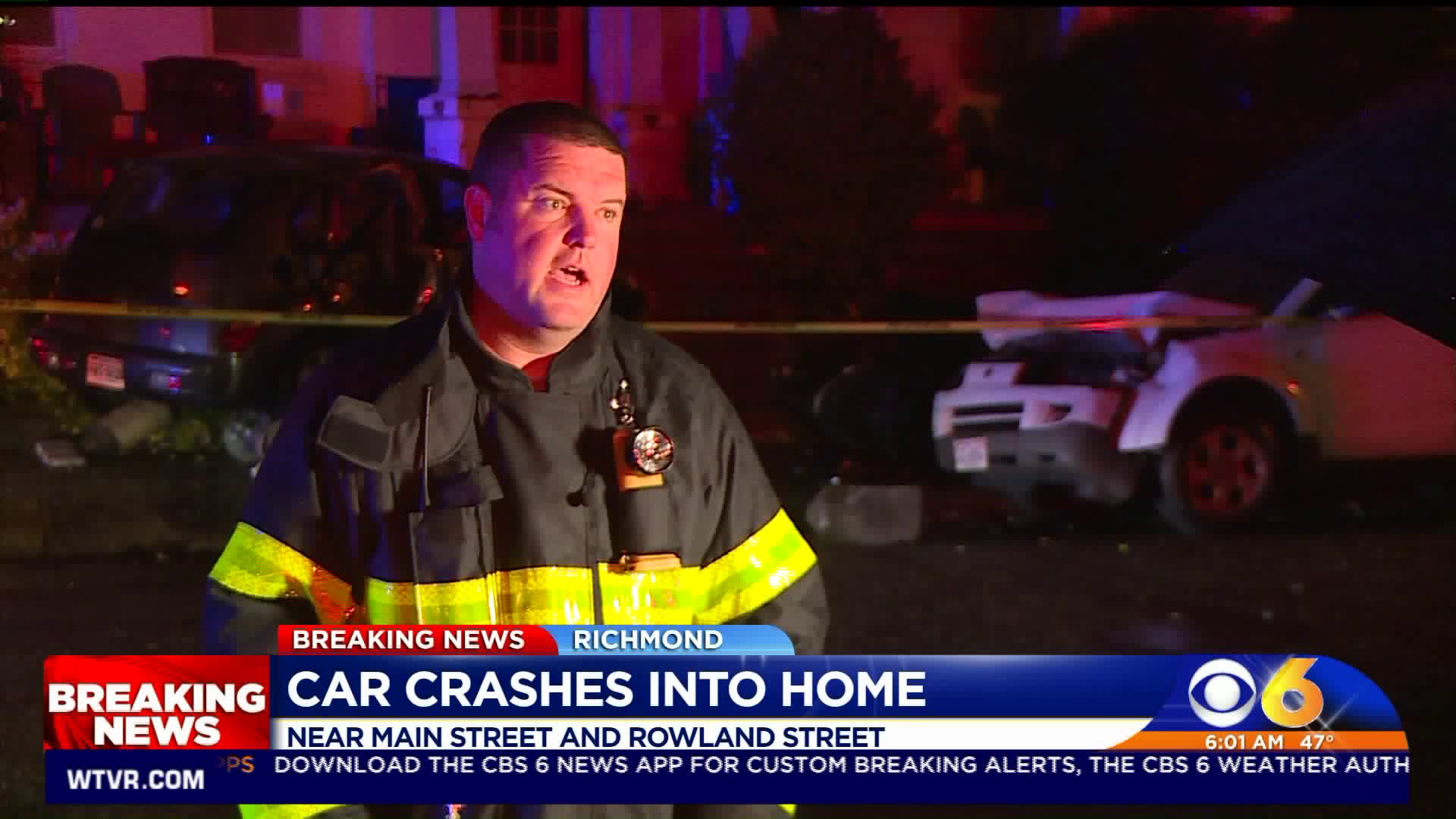 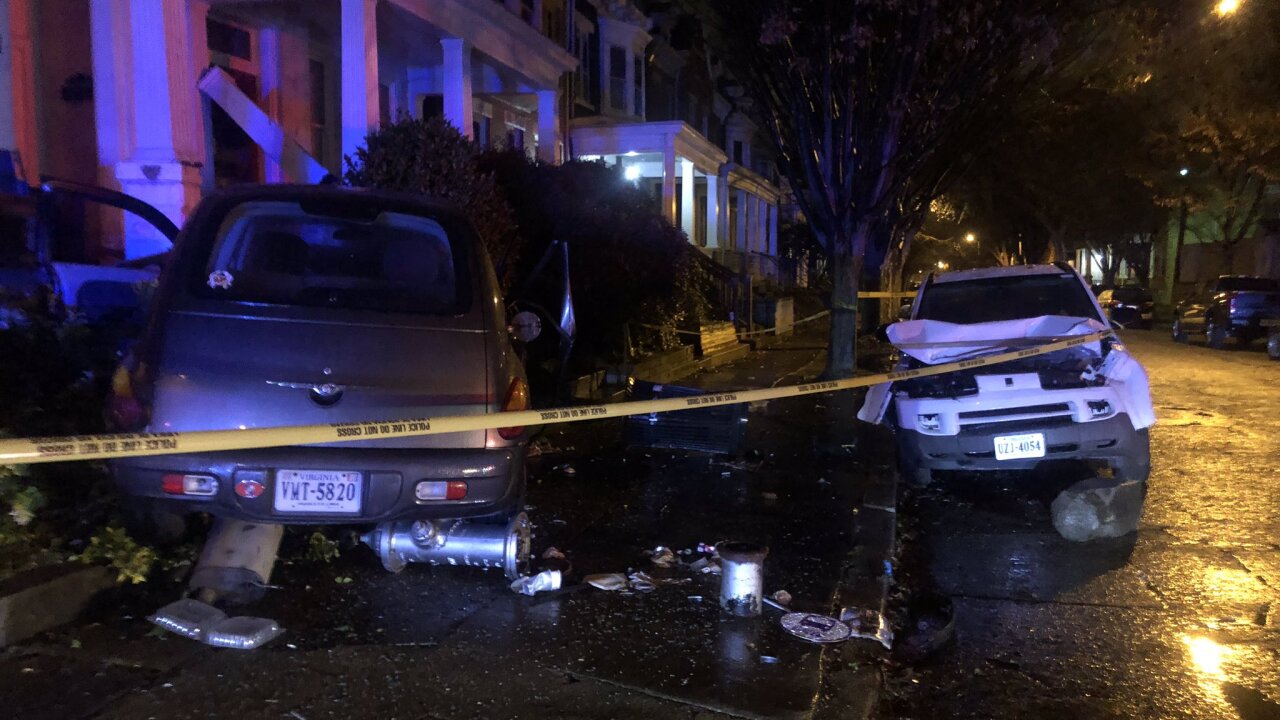 RICHMOND, Va. -- Richmond police are investigating after a driver crashed into a home in the Fan District early Friday morning.

Richmond Fire responded to a home at the intersection of S. Rowland and W. Main Streets at approximately 3:15 a.m.

Police say a woman drove a P.T. Cruiser in a reckless manner on Main Street and struck a parked vehicle, a fire hydrant, and a home at the corner of S. Rowland.

#BREAKING: car into home at intersection of S. Rowland and W. Main Street. Fortunately no one was injured, but two cars are badly damaged and there’s damage to the home as well. The driver is still on scene. @CBS6 pic.twitter.com/qVa7JFGZ9D

Fire officials say a family was inside the home at the time of the crash but there are no reported injuries. The driver of the vehicle was uninjured as well.

Police say charges against the driver are pending.