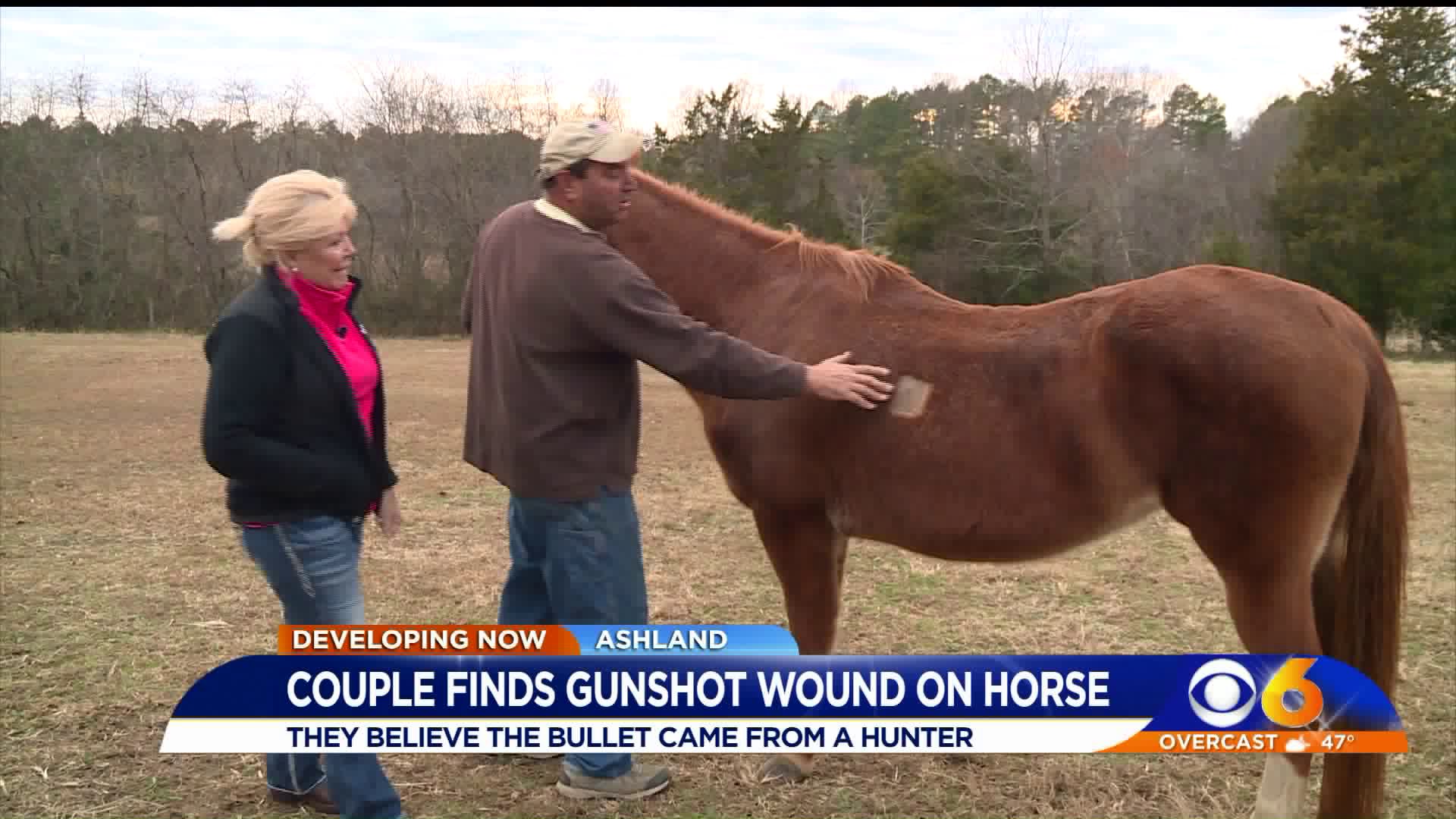 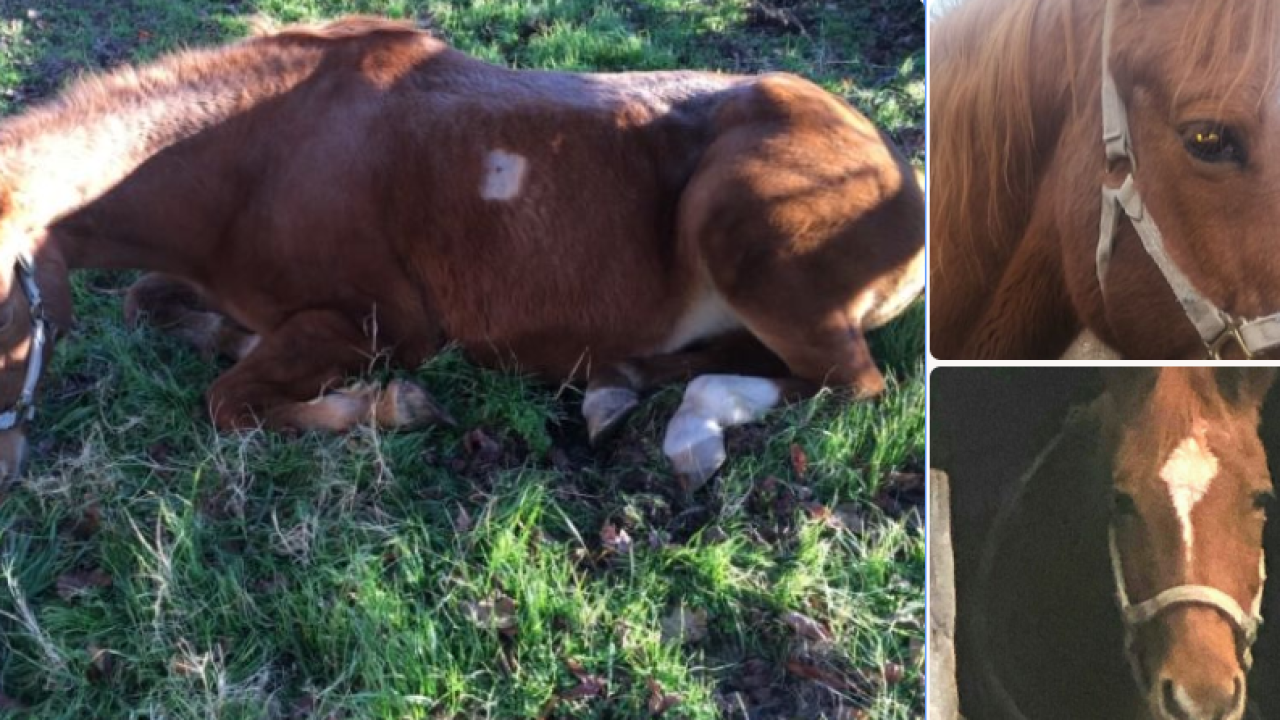 HANOVER COUNTY, Va. -- A hunter is facing charges after a family's horse was shot on their Ashland farm the day before Thanksgiving.

Jeffrey Mayo, of Mineral, fired three shots at a deer while it was running on Wednesday, Nov. 27, according to Sgt. Steve DiLoreto with the Hanover County Sheriff’s Office.

That third shot was fired about 100 yards from the family's home and in the "direction of the horse pasture," DiLoreto said.

Ronald and Kim Gaudino and Penny on Friday, Nov. 29.

Ronald and Kim Gaudino, who called Penny their "Thanksgiving blessing," previously told WTVR CBS 6 about the disturbing discovery they made that night.

“She was standing out here in the middle of the field and she wouldn’t move," Ronald Gaundino said about the beloved horse the family has owned for 20 years. "I started looking her over and we noticed a bullet wound in the side of her.”

A video uploaded to Facebook showed the family using a metal detector to show where the bullet is.

“The bullet's up inside her on the other side of her rib cage, it punctured her lung," Ronald Gaudino said.

Mayo was charged with reckless handling of a firearm and discharging a firearm within 100 yards of a occupied dwelling.

"Thanks goes out to the Department of Game and Inland Fisheries for their assistance with the investigation," DiLoreto said.

The Gaudinos urged hunters to be cautious in the wake of the incident.

“It could of been a child, it could have been an adult [that was hit],"  Gaudino said. "It could have been fired through a home and people just need to be cognizant and the responsibility that go with carrying a firearm and the damage that they cause."