Windows shot out of Henrico home: ‘I don’t feel safe in my living room’ 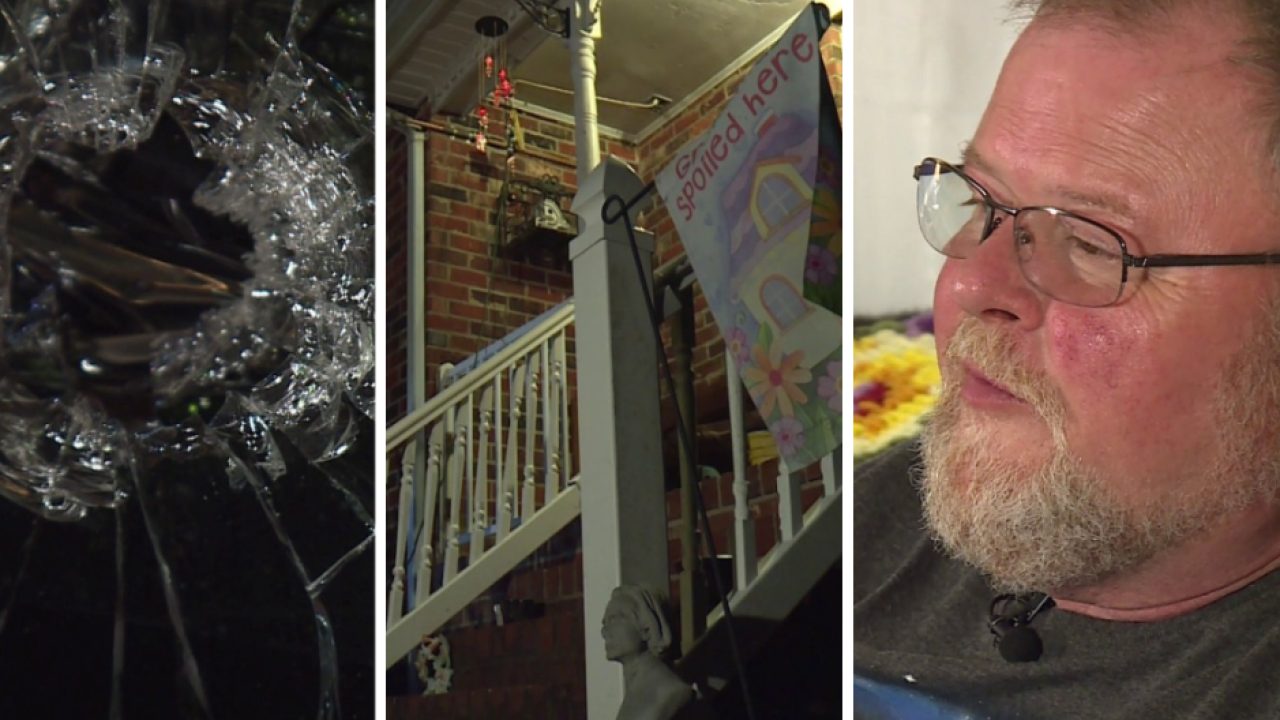 HENRICO COUNTY, Va. -- Richard Carter couldn’t believe it when he discovered a bullet hole through the window of his Highland Springs home on Saturday morning.

“I noticed a crack in my window and these are brand new windows,” Carter says. “Then I noticed a hole in the curtain and I was like ‘what the heck?’ Then I noticed the (bullet) hole.”

Immediately after making the discovery, Carter saw another bullet hole in a second window. He believes the bullet traveled directly through his living room, from one window to the next.

“It looks like it’s a rifle shot, not a shot from a handgun,” Carter says. “The way it went through the glass and it didn’t shatter the glass.”

Carter isn’t sure when the shooting took place, but doesn’t believe he or his 18-year-old granddaughter were at home at the time of the shooting. He says the incident is still unsettling for his family.

The previous weekend, police say a person was shot and wounded on North Ivy Avenue, just a few homes down from Carter’s house.

“My family wants me to sell the house. I recently lost my wife back in July and it’s a very big house and it’s just me and my granddaughter living here,” Carter says.

“I’m more mad,” says Carter’s granddaughter, Samantha. “I like being in my house, I’m an introvert. The safety of my own home is now compromised and I don’t feel comfortable in my own living room anymore,” she says.

While Henrico police are investigating, no bullets or shell casing were found on Carter’s property. Police have not said if they believe there’s a connection between the two shootings, but the family says they’re frightened over what’s happened in their once quiet neighborhood.