Teen thrown from SUV, others hurt in wrong-way crash on Powhite Parkway 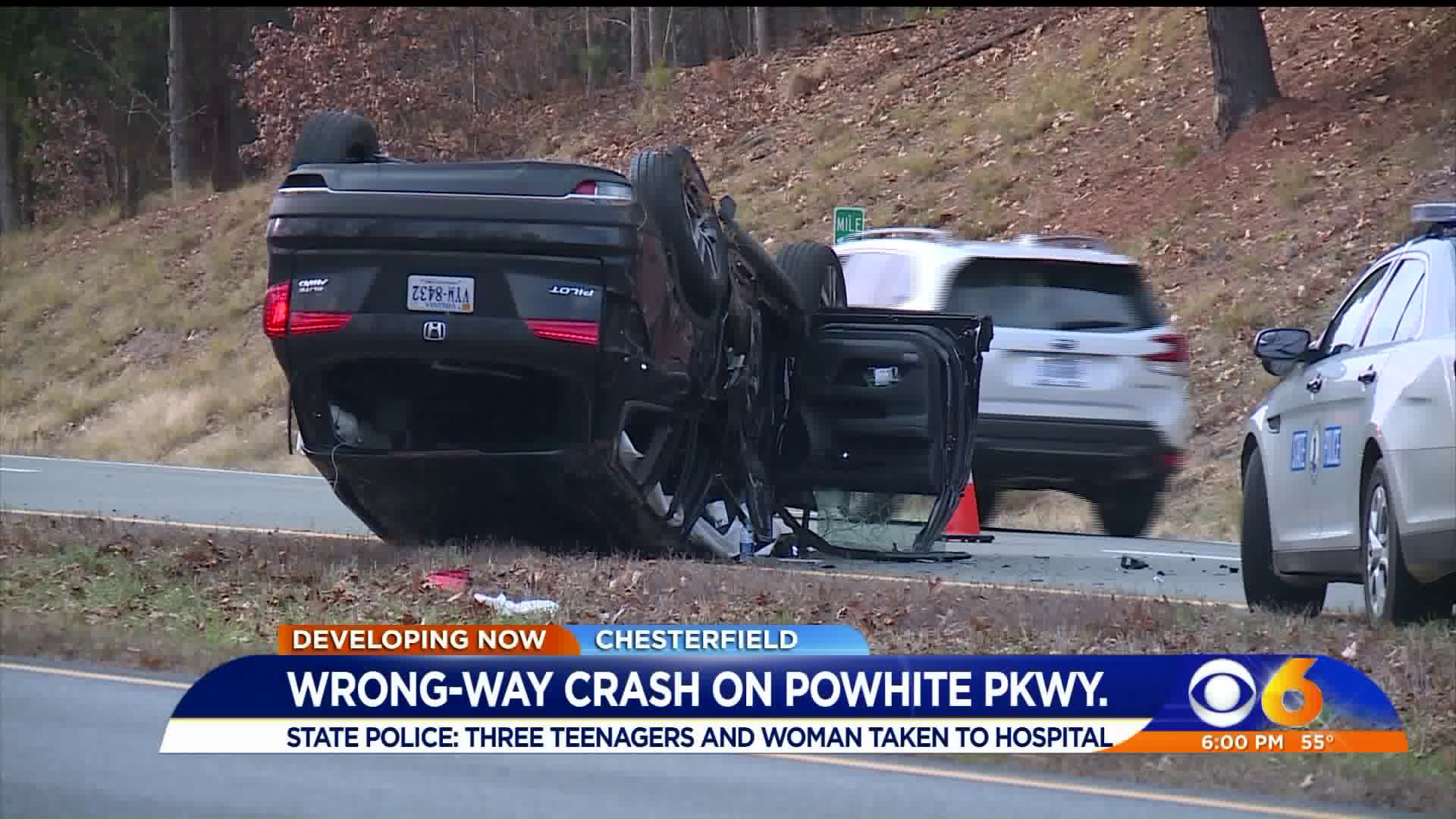 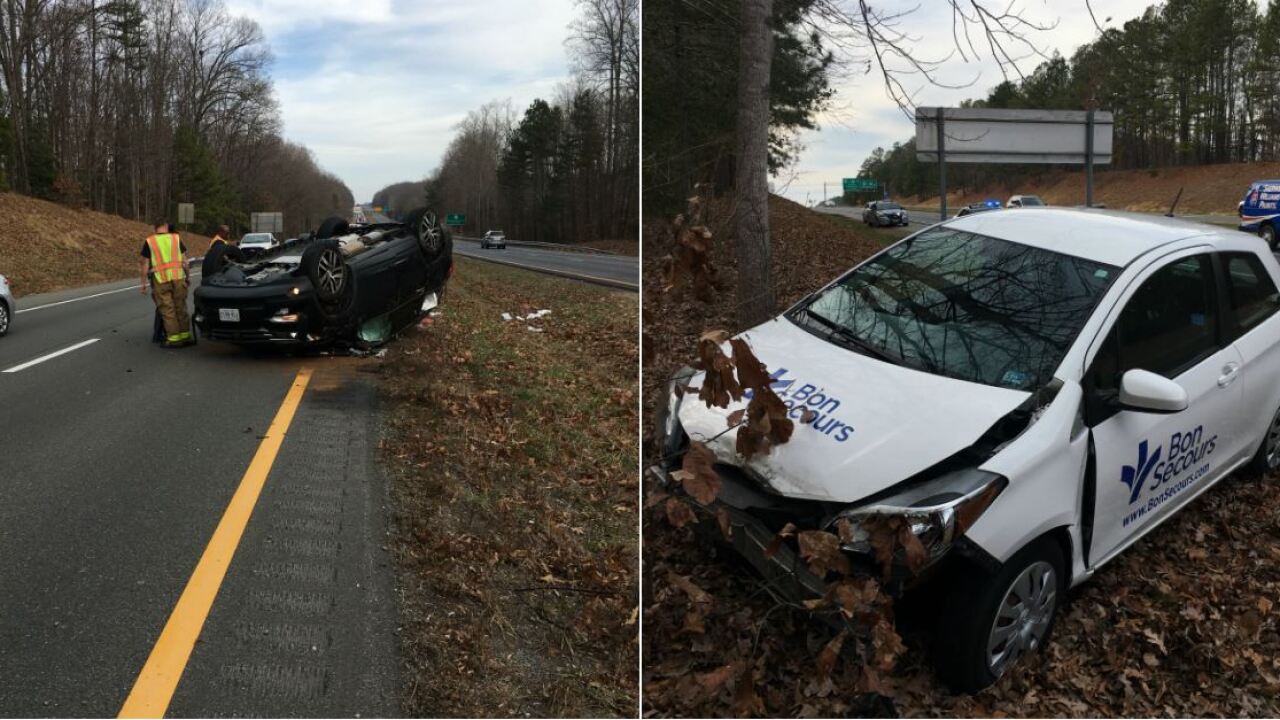 "[A man driving an Toyota Yaris] was traveling southbound Route 76 [Powhite Parkway] in the left lane when he lost control, crossed the median, and struck an SUV traveling northbound Route 76 in the right lane," a Virginia State Police spokesperson said. "The SUV then went off road left and overturned in the median."

The Yaris driver, who was not seriously hurt, was charged with reckless driving.