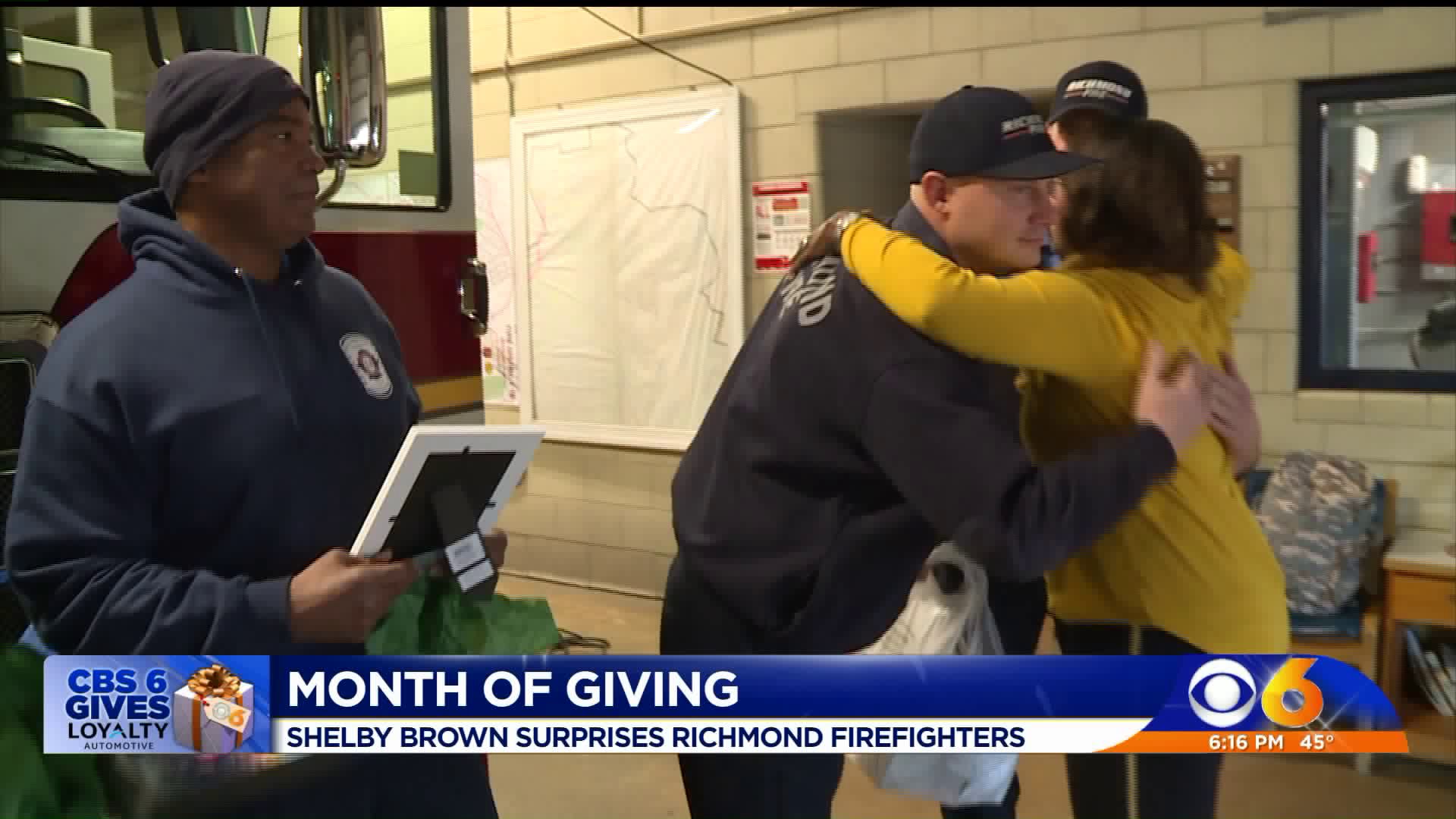 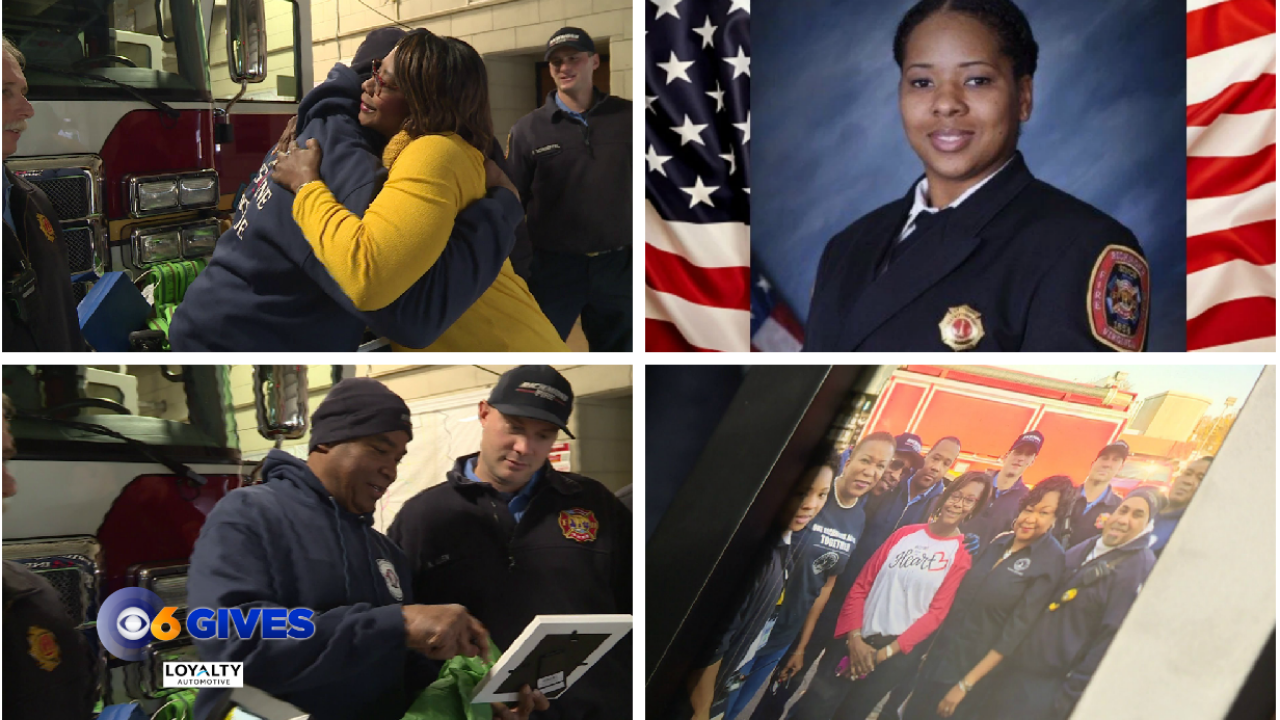 RICHMOND, Va. – For her Month of Giving, Shelby Brown wanted to honor a group of Richmond firefighters, including one station that lost one of its own last month.

Brown first met the firefighters from Fire Station 14 and 15 a few weeks ago when they volunteered and helped put Thanksgiving baskets together for families in need as a part of Brown's nonprofit Mission From The Heart.

It was only days later that one of those firefighters, Lt. Ashley Berry, was killed in a Thanksgiving Day shooting in Hopewell.

“I wanted to stop by and share a few sweet treats with you,” said Brown. “We wanted to, moreover, tell you that we wanted to spend our Month of Giving honoring you guys and Lt. Ashley Berry. She was there that day. I had an opportunity to meet her, though very briefly. Then in the days following, I learned and heard so much about her and the giving spirit that she had.”

In addition to some sweet treats, Brown presented each firefighter with a framed group photo from that day which includes Fire Station 14 and 15, along with herself.

"Just know that the community thinks very highly of you and all the sacrifices that you make for us," Brown added.