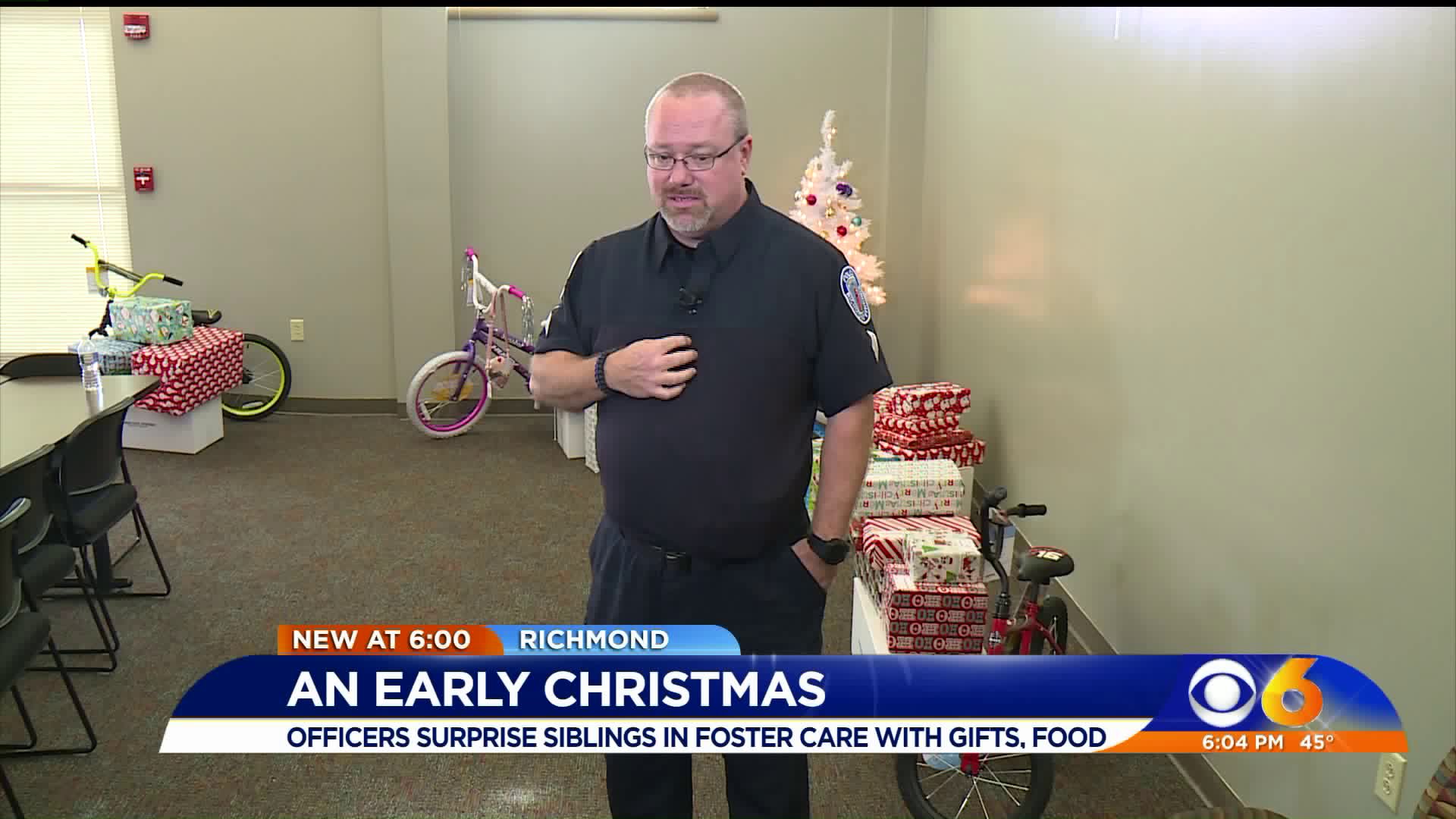 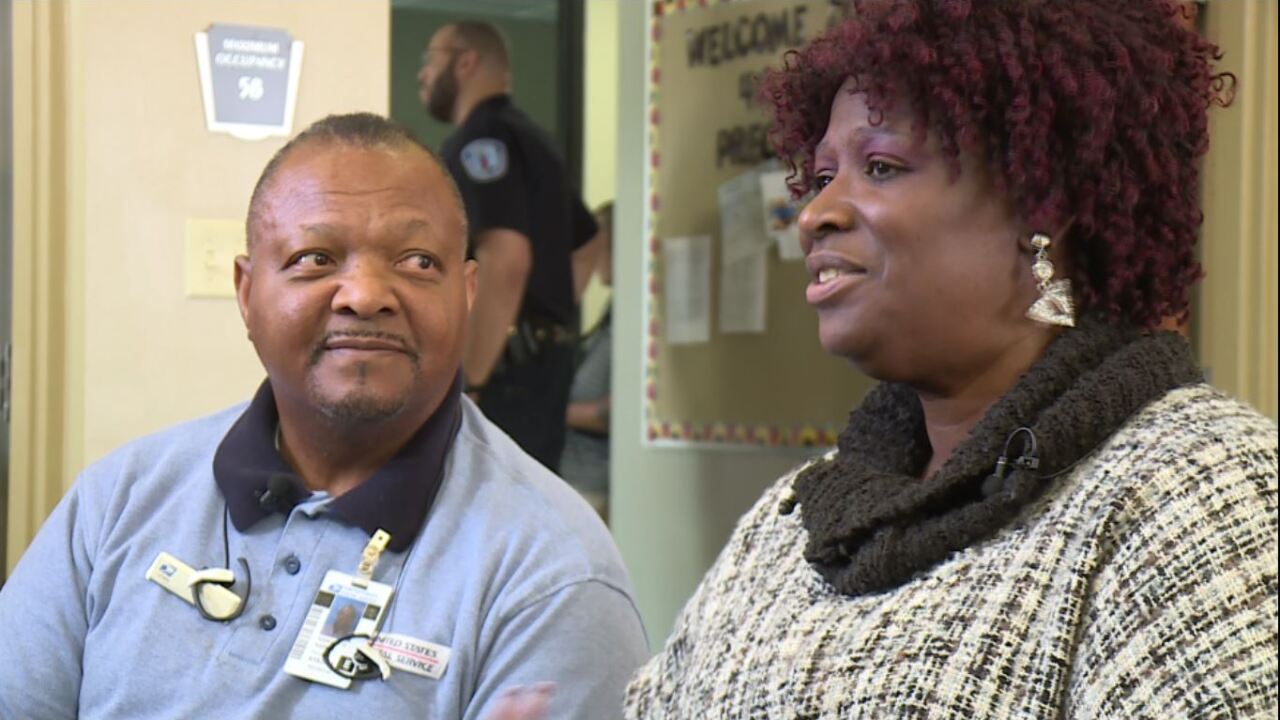 RICHMOND, Va. -- Richmond Police officers made the holidays special for four children removed from their home earlier this year.

The children and their foster parents were invited to celebrate Christmas Eve at the Fourth Precinct on Chamberlayne Avenue.

Those officers first met the four children, between the ages of two and eight, while responding to a call near their home.

"Over the summer we got a call for a child wandering in the street -- a two-year-old," Richmond Police Sgt. Matthew Edgar said. "He smelled, hadn’t bathed for awhile, and he hadn’t eaten in awhile, either."

Officers located where the boy lived and found his two brothers, a sister, and three dogs.

The children were dirty and malnourished.

Mariol and Harold Harris answered the call from the Department of Social Services. They were about to take a break from fostering until they heard about the latest need.

"I was like, 'bring them on,'" Mariol Harris explained. "The transition for them was a little difficult at first, but I found out, all the years we've done this -- a little tender loving care goes a long way."

Married for 30 years, the Harris' have three adult children of their own - an adoptive daughter and a biological son and daughter.

They have a history of helping families during tough times. The Harris' said it was "natural" and "their calling" to begin fostering children 13 years ago.

Months after the children entered the Harris' home, the Fourth Precinct decided to invite the family to Christmas Eve lunch.

Officers and volunteers transformed their meeting room with wrapped presents scattered around a white Christmas tree. They filled evidence boxes with toys and clothes. Each child also went home with a new bike.

"It was totally exciting for me just to see them happy," Harold Harris stated. "They want to be loved and when you show them love it goes a long way. They will remember this."

"Because, it’s what we are -- who we are. We are cops, we are police officers, we have families, we are people, we care and this is our community," Sgt. Edgar said. "This is still our city, this is our people and we take care of our people."

Additional toys donated were given to then Angel Tree program.