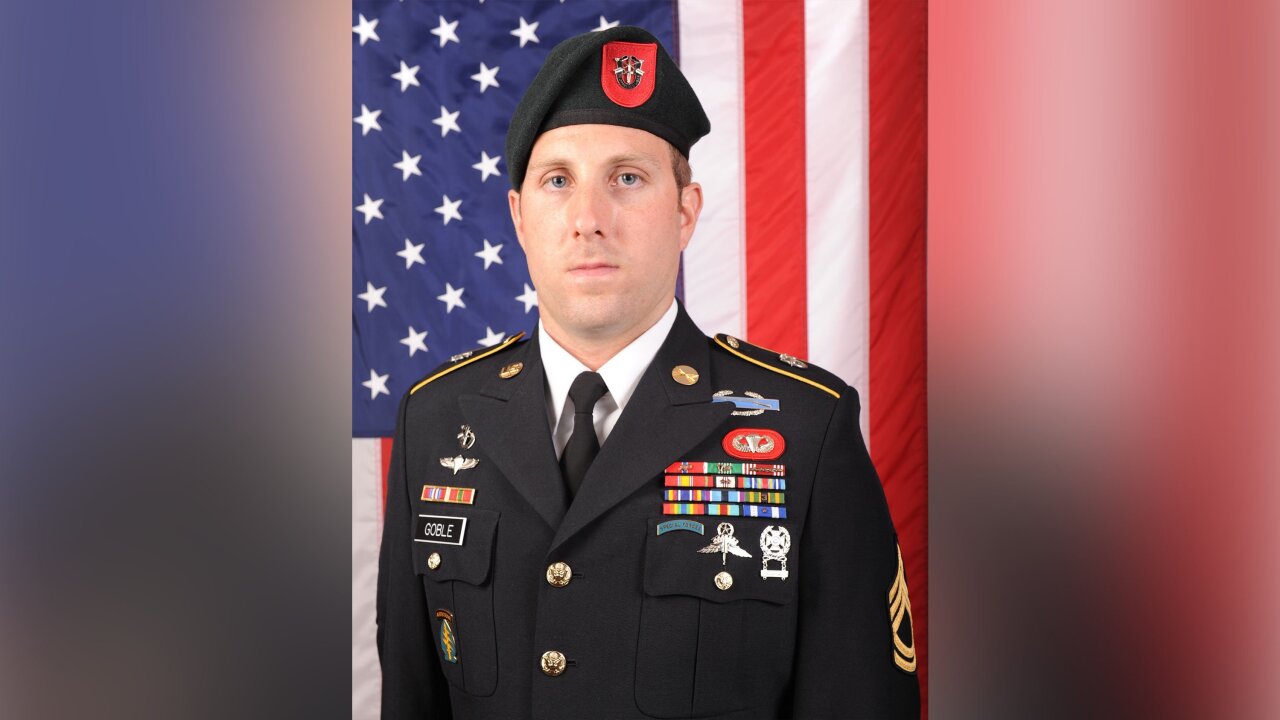 The Department of Defense has identified the US service member killed, on December 23, 2019 in Afghanistan, as Sgt. 1st Class Michael J. Goble, 33, of Washington Township, New Jersey.

The Department of Defense has identified the US service member killed Monday in Afghanistan as Sgt. 1st Class Michael J. Goble, 33, of Washington Township, New Jersey.

Goble died “as a result of injuries sustained while his unit was engaged in combat operations” on Sunday in Kunduz Province, according to a statement released Monday. The incident is under investigation.

Goble was a member of the Army’s Special Forces, assigned to the 1st Battalion, 7th Special Forces Group (Airborne), based at Eglin Air Force Base, Florida.

Earlier Monday, the Taliban claimed responsibility for Goble’s death, even as peace negotiations between the group and US continue.

President Donald Trump announced late last month during a Thanksgiving visit to Afghanistan that peace negotiations between the Taliban and the US had restarted.

Trump had ended formal peace talks in September after a Taliban-claimed attack in Kabul killed a dozen people, including an American soldier. The President said at the time that Taliban leaders had been set to travel to the US for secret peace talks, but after the attack he said the meetings were “dead” and called off the negotiations.

Between 12,000 and 13,000 US troops are currently serving in Afghanistan as part of a US-led NATO mission to train, assist and advise Afghan forces.

At least 20 Americans have been killed in combat in Afghanistan in 2019, and there have been more than 2,400 total deaths of US service members since the start of the 18-year war.