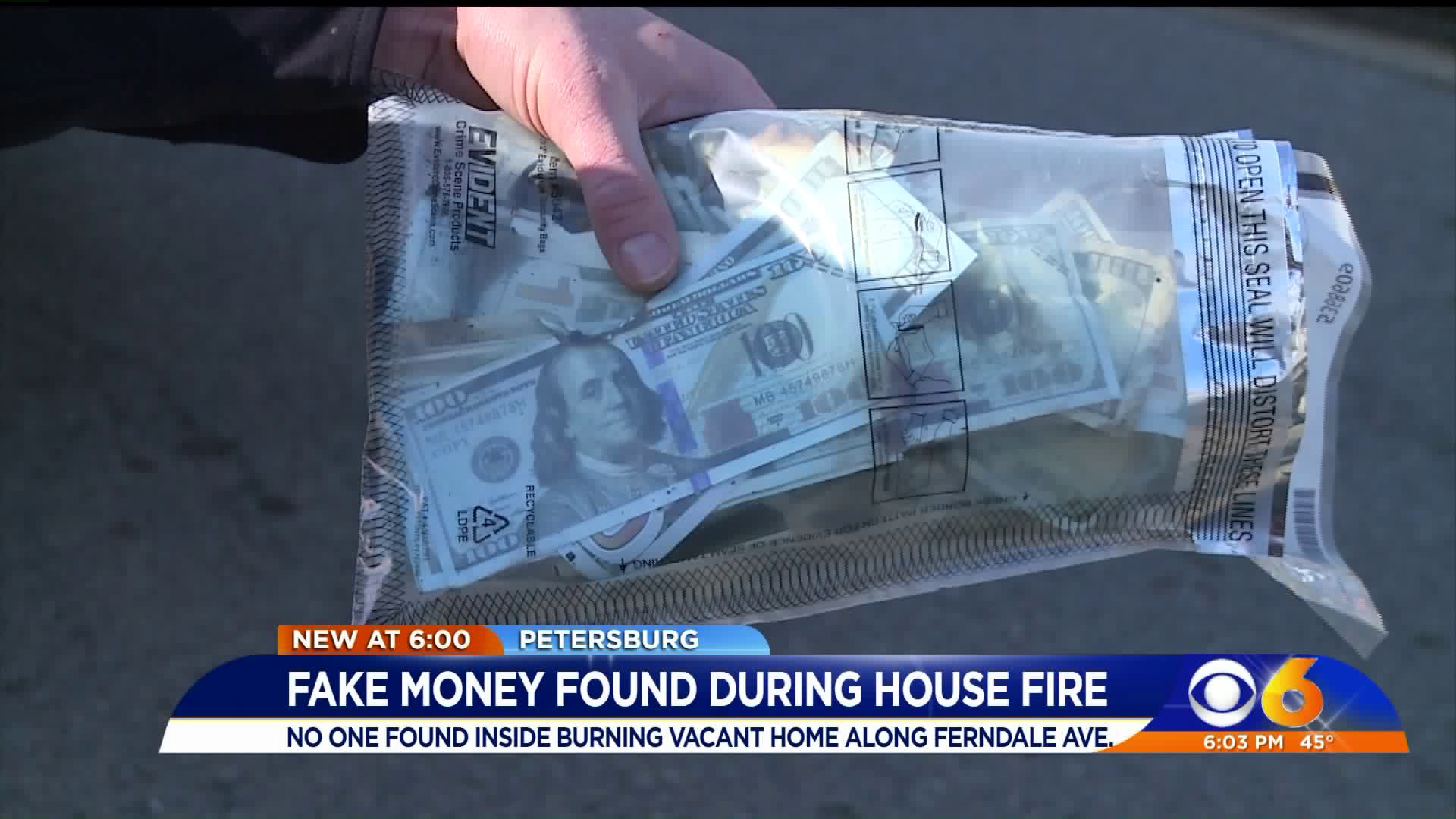 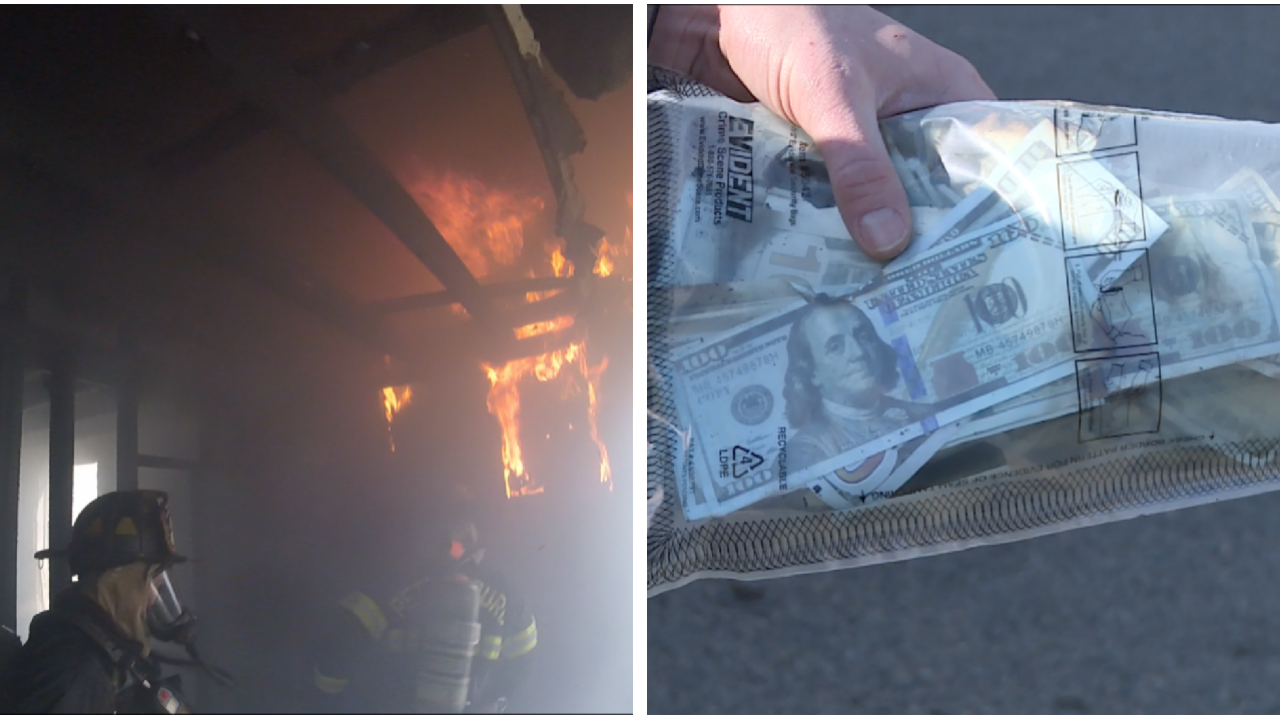 PETERSBURG, Va. – A large number of fake bills were discovered Tuesday morning inside of a burning Petersburg home.

Petersburg Fire and Police responded to a house fire in the 2200 block of Ferndale Avenue at approximately 10:01 a.m.

While the house was burning, officials discovered a large quantity of prop bills. 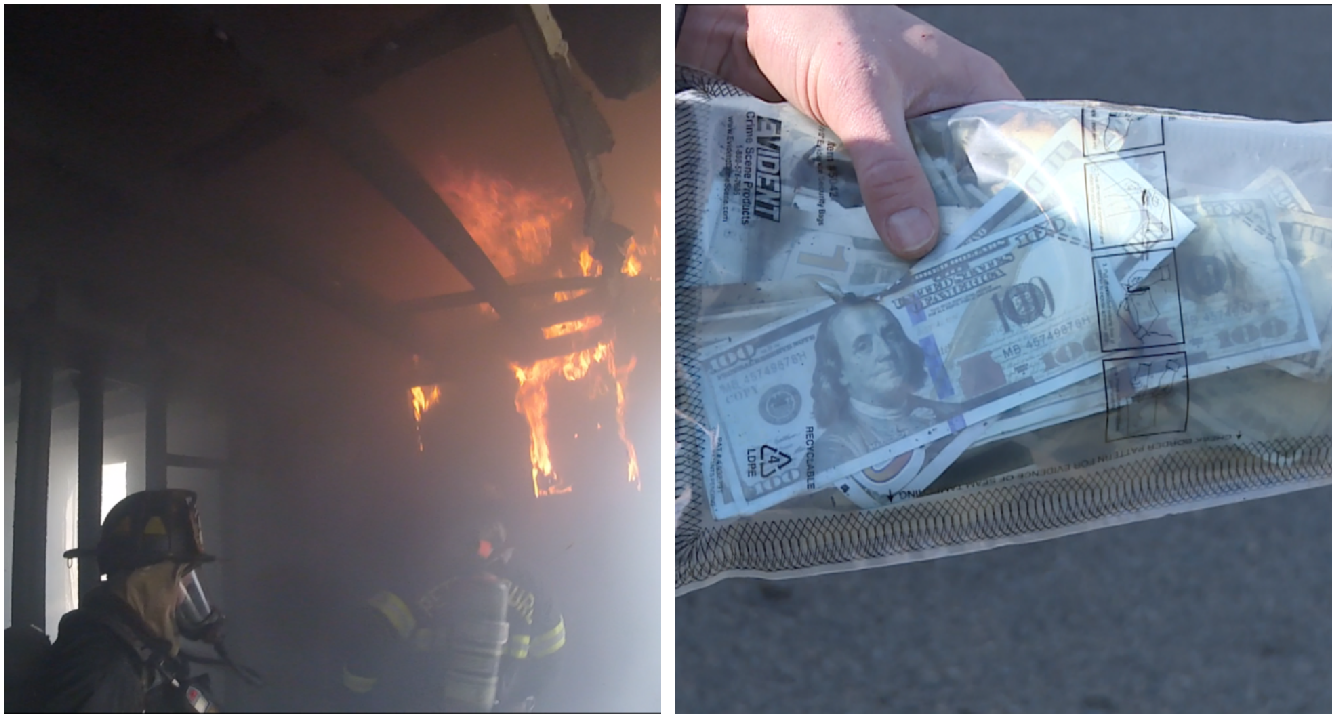 The discovery comes during a time of year when business owners need to be aware of people spending counterfeit money.

“Two of our neighboring jurisdictions have experienced cases where counterfeit money has been passed. The Petersburg Bureau of Police wants to caution our businesses and citizens to inspect monies received more closely,” said a Petersburg Police spokesperson.

Police are encouraging anyone who believes they have received a counterfeit bill to contact them.

The home, which is believed to be vacant, was destroyed during the fire.

If you know of anyone circulating counterfeit money contact the Petersburg/Dinwiddie Crime Solvers at 804-861-1212 or by downloading the P3tips app or by going to P3tips.com. Crime Solvers pays a cash reward for information that leads to an arrest one conviction.