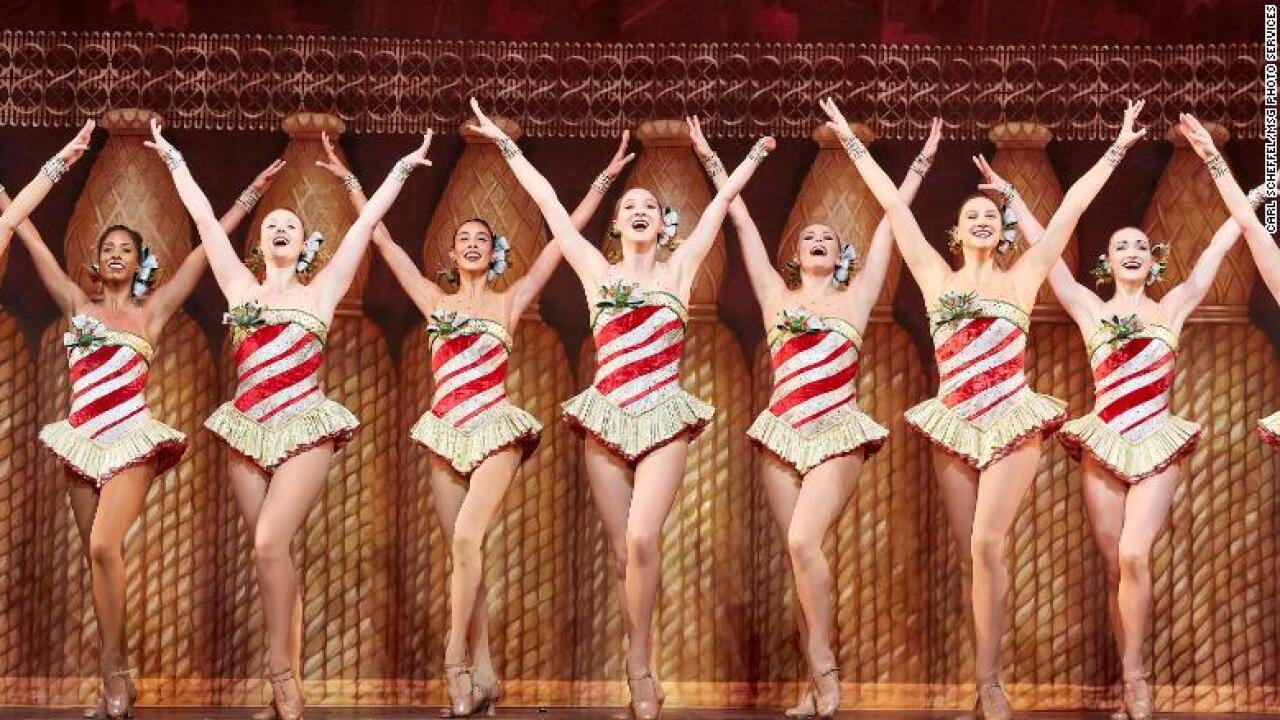 Sydney Mesher, center stage, is the first visibly disabled dancer to perform in the Radio City Rockettes starting in the 2019 holiday season.

Sydney Mesher, center stage, is the first visibly disabled dancer to perform in the Radio City Rockettes starting in the 2019 holiday season.

For the first time in the dance troupe’s history, the Radio City Rockettes have a physically disabled dancer in the kickline for the 2019 holiday season.

Sydney Mesher, who was born without a left hand, dreamed of becoming a Rockette since she watched the group dance in the Macy’s Thanksgiving Day Parade on TV as a 6-year-old.

Now the 22-year-old is the first visibly disabled dancer to be a Radio City Rockette, according to the dance troupe.

Mesher didn’t make the cut in her first audition in 2018. But she made it in 2019 despite recovering from a broken foot in the months leading up to the auditions, she says in a Radio City Rockettes YouTube video.

“She loved to perform, and she was never afraid of the moment,” says her father, Page Mesher.

The Oregon native attributes her strength and success to the support of her family throughout her young career. Mesher called her mother, Lynn Mesher, immediately after she was told she had been selected for the Rockettes.

The professionally trained dancer performs just like the rest of the cast, making only a few adjustments in the “Christmas Spectacular.”

In the “Rag Dolls” dance, she still holds the oversized toy block like her fellow cast members just from a different angle, she explained in the video.

In the “Hear Comes Santa Claus” number, she holds one bell in her right hand instead of one in each, “but in the end it still creates the same picture,” she said.

Mesher is reveling in the opportunity to dance in America’s longest-running precision dance company, she says. At times, she’s been overcome with emotion, recalling when the troupe was rehearsing the finale which ends with Mesher looking at her upraised left arm.

“I remember just sobbing in rehearsal because like I’m so proud to be here and it means so much for me to be here and it’s one of those moments in my life where I’m like this is why I do what I do,” Mesher said.

Mesher wasn’t available to speak with CNN given her packed holiday performance schedule.

The Rockettes perform four or five shows nearly every day of their holiday performance season which ends January 5.