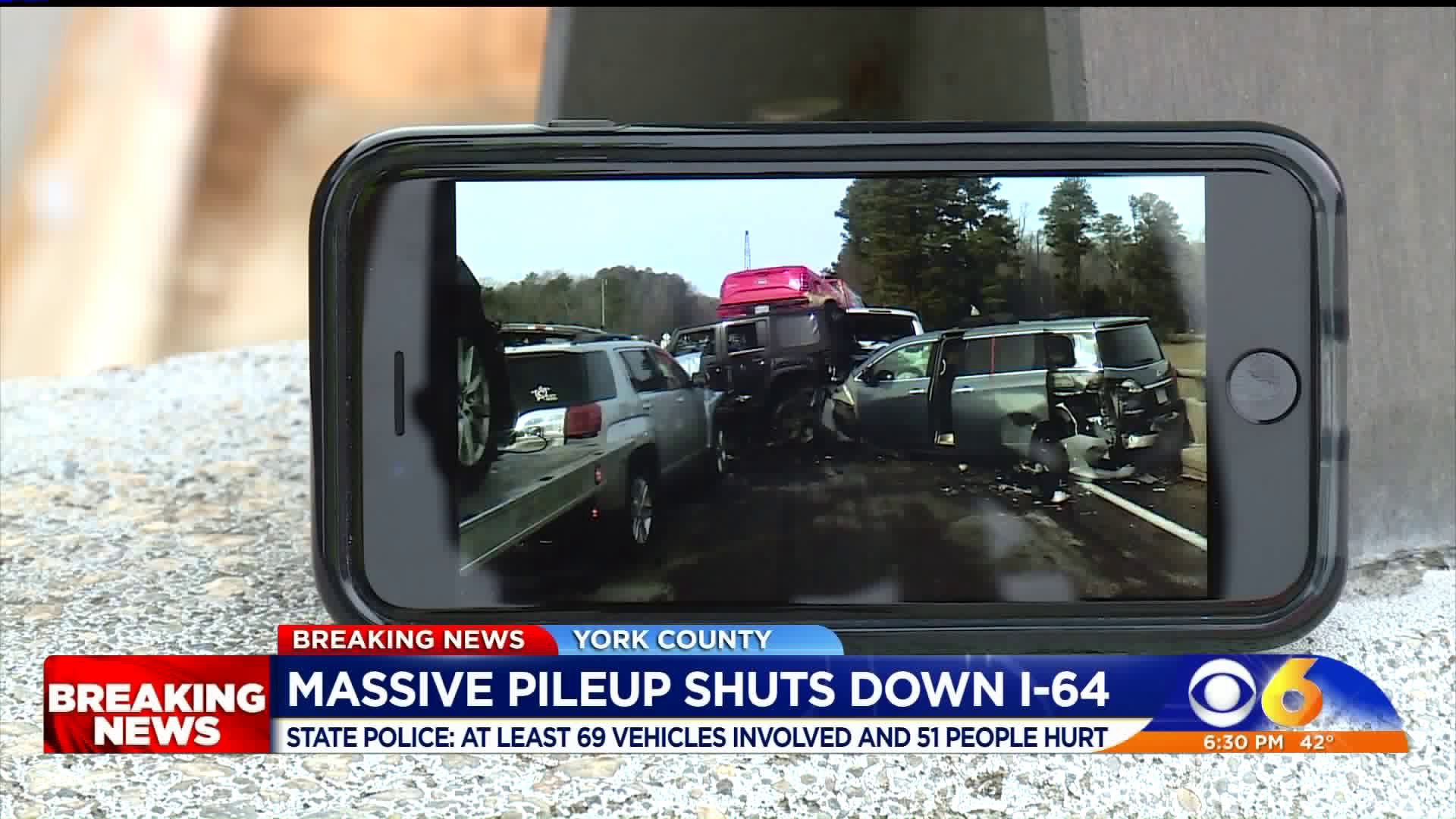 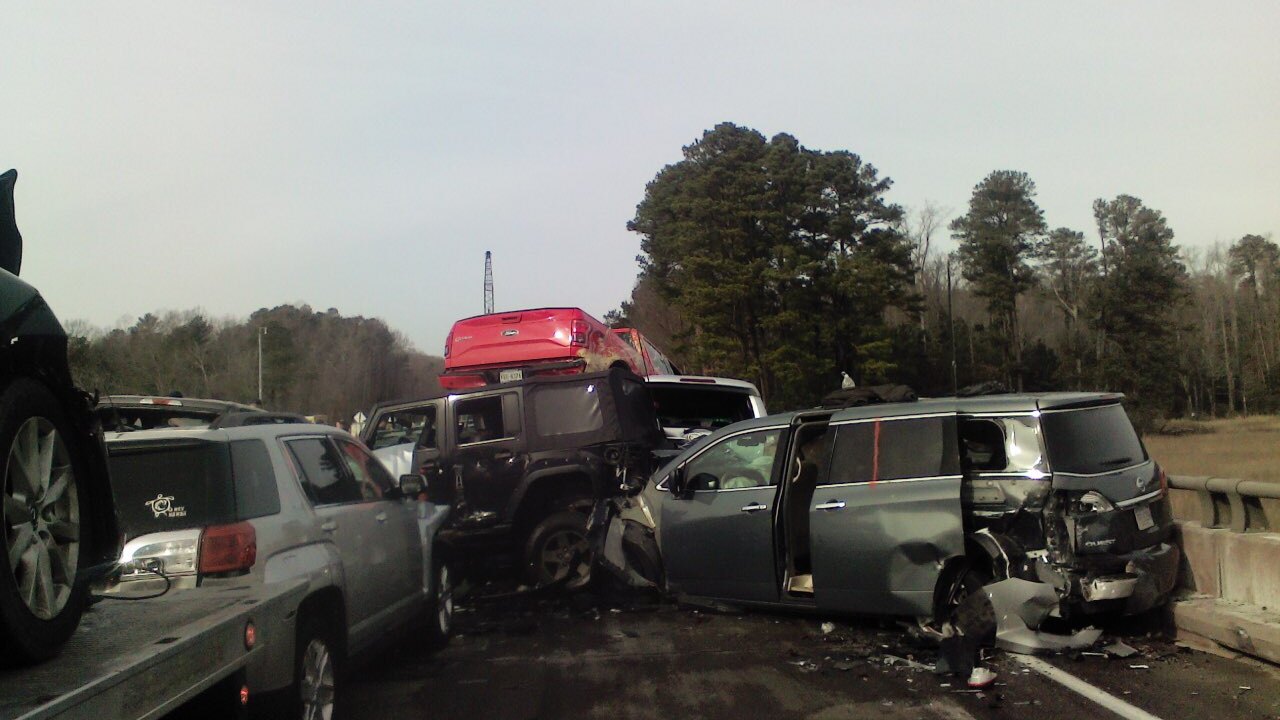 The crash, about 50 miles east of Richmond, closed both sides of the interstate, authorities said.

Photos from the York-Poquoson Sheriff's Office and the Virginia State Police showed the extent of the backup and damage. The state police said at last 69 vehicles were involved during a 4:45 p.m. update.

There was ice on the bridge and heavy fog in the area at the time of the crash, state police said.

In some spots, vehicles were so squeezed together that firefighters and emergency responders had to step from car to car to pull people out.

A witness, Bray Hollowell, also posted a short video showing a number of cars in the crash.

"It really just got foggy really quick and I was just driving on the bridge and then out of nowhere I see an accident. And I just brake and yeah, I couldn't really do much to avoid it. [I] just ran into people," Hollowell said. "Everybody is really lucky. I don't know the extent of everybody's injuries I don't know any of that, but from what I saw and from the amount of people who were able to walk. You know and just kind of go on with their lives is really fortunate and something I'm grateful for."

I-64 accident this morning pic.twitter.com/xD1DjLMY1k

Fifty-one people were treated at the scene or taken to the hospital, including two who are in critical condition, said Steve Kopczynski, fire chief of York County.

Troopers said no charges have been filed as multiple crash investigations are ongoing. 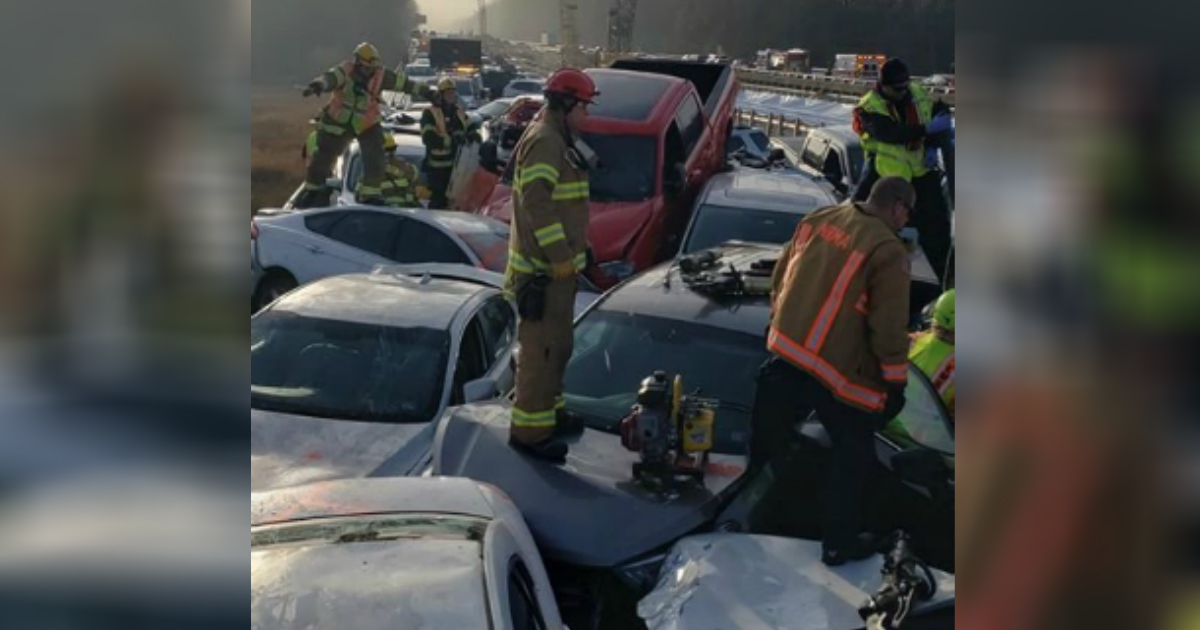