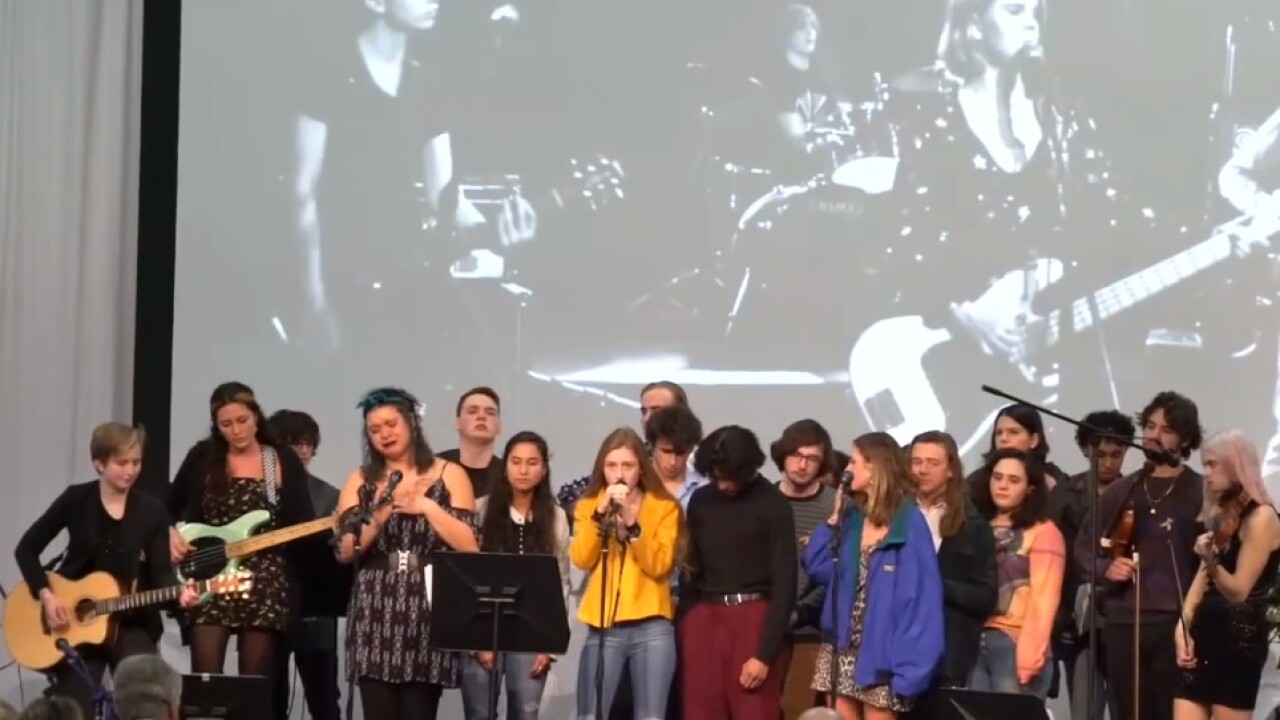 "I think that Tess would like so much she connected us all," said David Smith, one of Majors' teachers.

Majors was found unconscious just blocks from her Manhattan college on December 11. The Barnard College student had been stabbed and a 13-year-old has been charged, according to the New York Police Department.

The 18-year-old's celebration of life included performances of her favorites songs like "Here Comes the Sun" by George Harrison and "Family Affair" by Sly and the Family Stone.

Majors' classmates and friends braved the stage to honor her by reading her poems and playing music.

"Her best friend of all was her little brother, Maxwell, who she often gushed was the coolest guy she knew," Smith stated.

Tessa was just beginning her journey at Barnard and in life in New York City, her college president wrote.

"Our world was shattered and disordered, but I think Tess would look down at us, extend a hand, maybe a roll of the eyes, say,  'It’s OK to cry. But get up you weirdo, dust yourself off, quit your whining, jump up and down and dance.' We love you, Tessa Rane," Smith said.

In lieu of flowers, gifts can be donated in Tess' memory to the Nature Camp Foundation, Music Resource Center or your local United Way chapter.

'A personality no one could ever copy'

People who commented on Majors' Instagram page and spoke to CNN described her as a kind young woman and devoted musician.

"She was one of the sweetest people I know. She had a kind heart," Lydia Pickering told CNN. As kids, she and Majors lived two houses down from one another in Waynesboro, Virginia, Pickering said. Majors was like an older sister, she told CNN.

"I can't even begin to explain the impact she had on me," Pickering said. "She brought joy wherever she went. She had a personality no one could ever copy, she was really just special."

Lexi Phelan, who met Majors this year at Barnard, shared two classes with her.

"Anyone who was lucky enough to meet her would agree that she was a good, kind person," Phelan said. "Her personality put others at ease and she lit up any room she was in with her passion."

Barnard College is an all-women's school in Manhattan with more than 2,600 students. The school's campus stretches from west 116th Street to west 120th Street off Broadway in the Morningside Heights neighborhood of New York City.