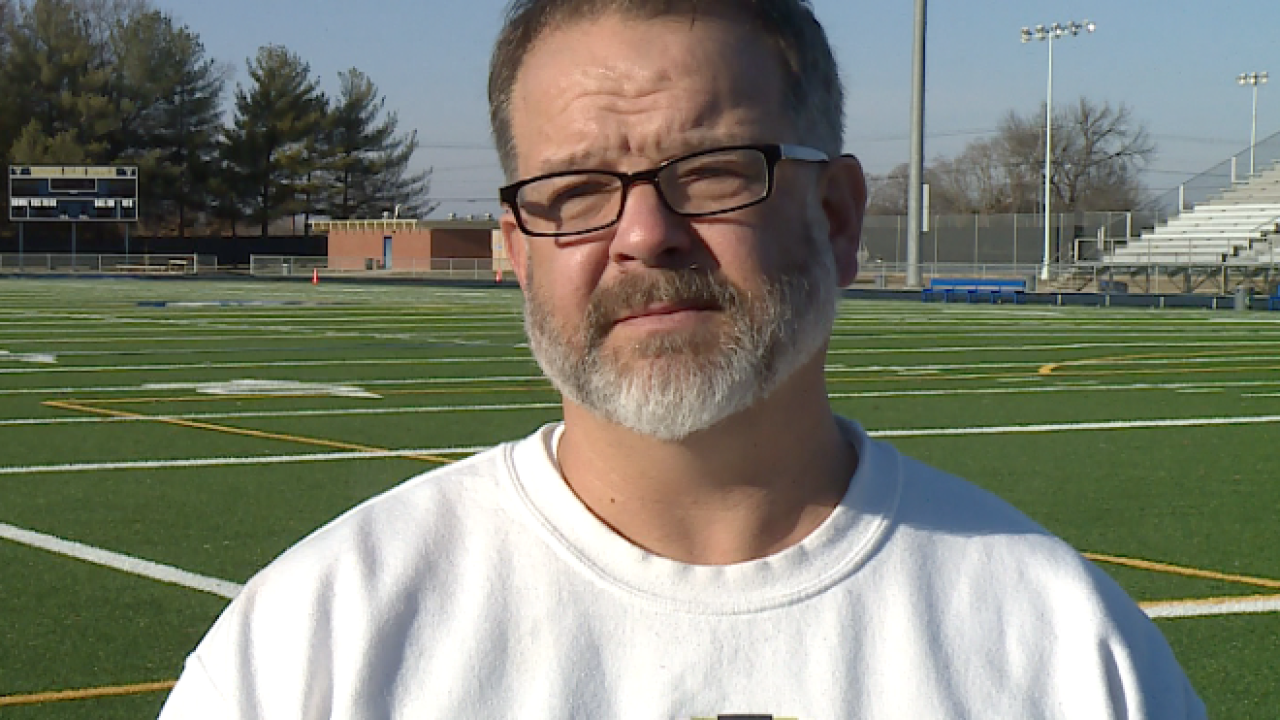 Varina, Va. – Stu Brown, who led the Varina Blue Devils to the Class 5 state semifinals this year, has announced he is stepping down as Blue Devils head coach. He made the decision a year ago after talking with his children about his desire to spend more time with them.

“I told my children it was something I wanted to do” Brown explained on Friday after meeting with this year’s team. “I want to support their adventures. I’ve missed so much of what they do.”

Brown advised Varina high school officials back in June that he was considering this move. He will stay on at the school as a teacher but will drop the other 40-hour per week job as boss of the Blue Devils. He was an assistant coach under Ed Bulheller and Gary Chilcoat for 7 years from 1995-2002 and for the last 12 years as head coach.

“They taught me so much more than I ever taught them” Brown said. “They sacrifice so much and they’re part of a tradition that’s been going on forever.”

Brown is a big part of that tradition. His record over 12 years was 93-44 with two regional titles, including this past season in which Varina went 11-3. His players were surprised but understanding of Brown’s desire to spend more time with his family. He also believes this is as good a time as any to step away.

“There was a hole in my soul in missing the accomplishments of my kids”. Brown explained. “That’s something I get to fix. Varina is the number one team in this region. Our kids are working hard and in a good place academically. It’s something we’re proud of.”

While Friday was emotional, Brown believes the move won’t truly hit him until after the holidays when the Blue Devils traditionally begin their off season workouts.

“That part of coaching is something all of us enjoy, watching the kids get bigger, faster and stronger. Watching a kid who is average just outwork everyone and become a great football player.”

Brown, who is a self-described “young 47” years old, also has another more selfish reason for stepping down now.

“I’ve got friends with a lot of money who are not that good at golf and I’m going to take that money on the course. That’s my goal!”