Rescue dog had stick lodged in mouth for years 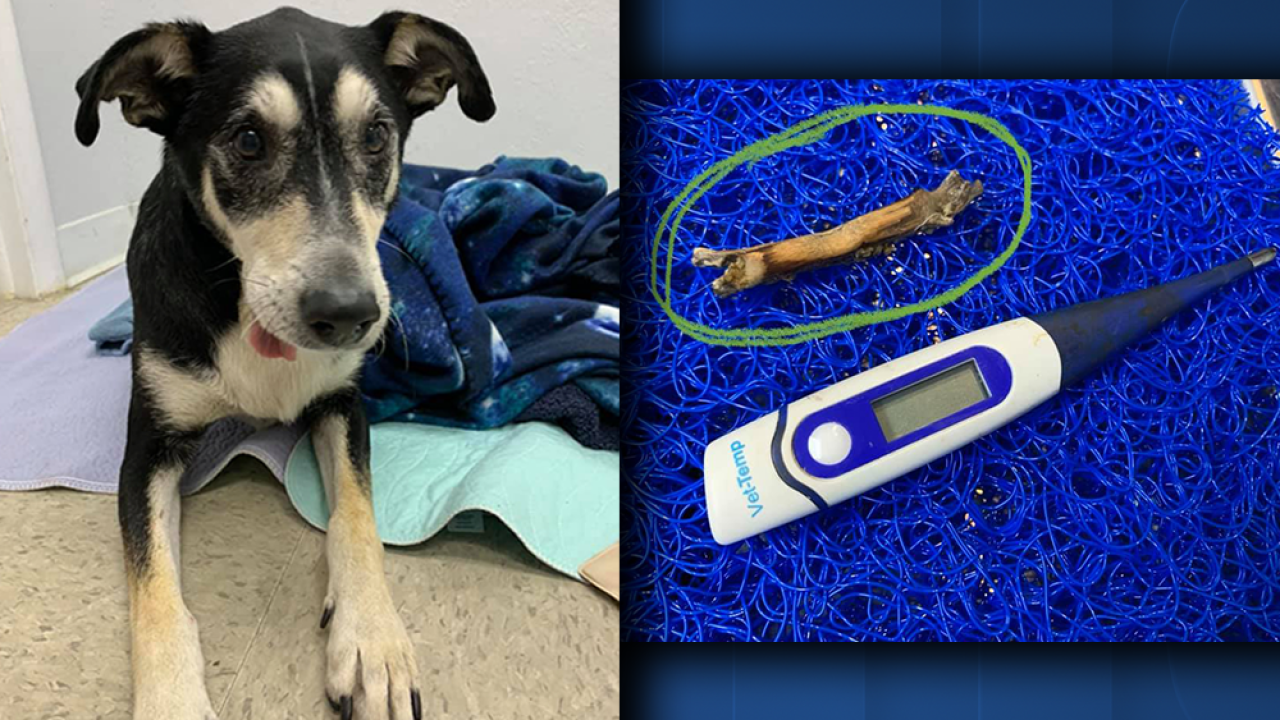 ST. PETERSBURG, Fla. — A veterinarian made an unusual discovery while cleaning a dog’s teeth.

Friends of Strays, a no-kill shelter in Pinellas County, Florida, rescued the 8-year-old dog from a county shelter last month.

The dog, Buddy, was facing euthanasia because of his age and he tested positive for heart worms.

On Thursday, a veterinarian with Friends of Strays placed the dog under anesthesia to clean his teeth.

“Our veterinarian had noticed some rotting teeth in his mouth so she did a dental cleaning,” said Holly Clare, Communications Manager for Friends of Strays in St. Petersburg.

A veterinarian found a twig lodged horizontally between two molars. The twig has likely been there for three to four years.

“It completely sort of embedded its way into the roof of his mouth, sort of creating a bridge,” said Clare.

“It caused both of his teeth to rot on either side so our vet team had to extract both of them,” said added.

Misti Tate has provided Buddy a foster home for the past few weeks.

“Very calm, I’ve only heard him bark one time and we’ve had him about two and half weeks. He’ll see other animals and he won’t go running towards them when I take him for a walk, he just kind of looks at them. He’s just really sweet,” said Tate.

She finalized his adoption on Thursday evening.

“We wanted a dog that was maybe already trained and lived through that whole puppy stage,” added Tate.

“We’re grateful to have him and just glad we could take him home,” she said.

This story was originally published by Julie Salomone at WFTS.