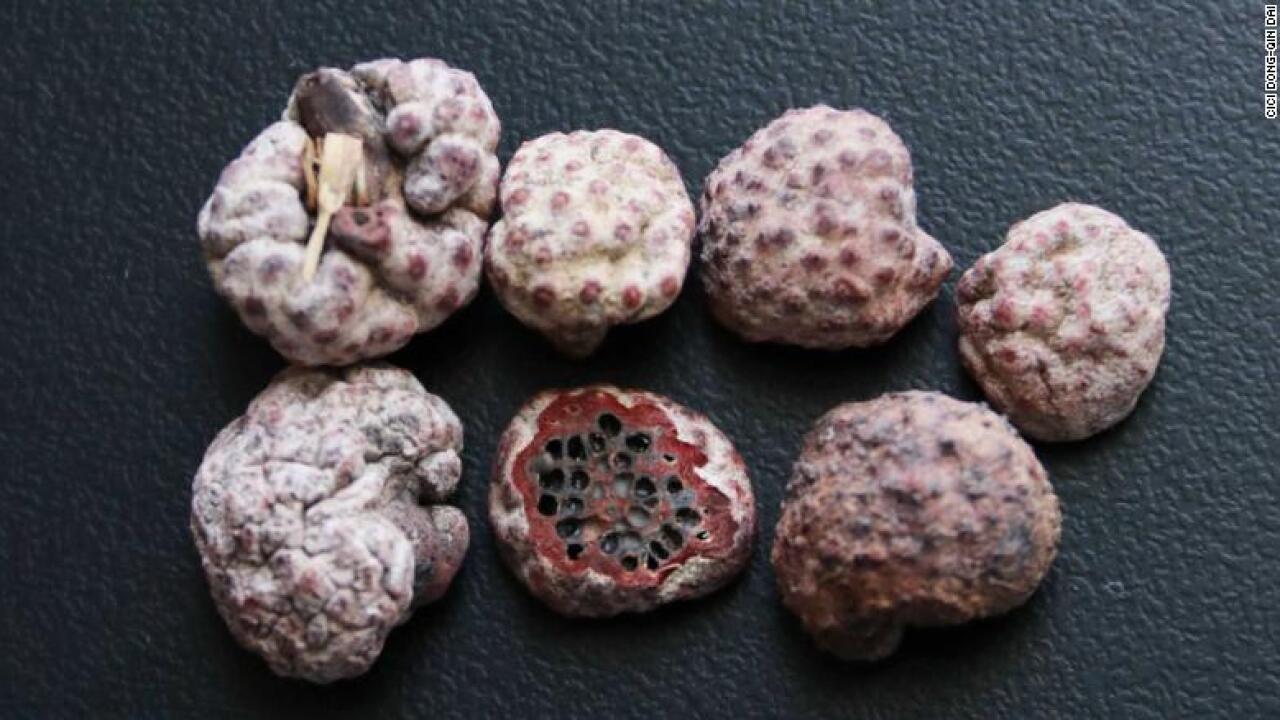 Rubroshiraia has now been officially named, although it has been known to locals in China for over 400 years.

Galanthus bursanus was spotted on Facebook by a snowdrop expert.

Scientists at the UK’s Royal Botanic Gardens have released a list highlighting 10 of the most remarkable newly-described plants in 2019.

In total, 102 plants and eight species of fungi were named for the first time, but many are already threatened with extinction due to human activity, according to a statement from the gardens released Tuesday.

One of the new species is a “miracle-berry” called “Synsepalum chimanimani.” The plant, found in Africa, produces fruits containing a compound known as miraculin, which blocks the tastebuds and makes sour foods taste sweet. One of fewer than 40 recorded species of miracle-berry, the new addition is already threatened by deforestation and agriculture.

Meanwhile, “Galanthus bursanus,” a newly-recorded species of snowdrop, was featured in a Facebook album of holiday photos from north-west Turkey seen by a snowdrop specialist from Ukraine.

Rubroshiraia has now been officially named, although it has been known to locals in China for over 400 years.

Then there is the fungus that has been known as as “Zhuhongjun” in China for more than four centuries, and has now been formally named “Rubroshiraia bambusae.” It is found in Yunnan, southwest China, and grows on bamboo in small balls.

The fungus is traditionally used to treat arthritis, but scientists have discovered that it contains compounds known as hypocrellins, which have wider medical applications.

Tim Utteridge, head of identification and naming at the Royal Botanic Gardens, told CNN that describing species is an important step in conservation efforts and allows scientists to list properties, genes and chemical defenses.

Even tiny plants can play an outsize role in maintaining habitats for other creatures further up the food chain, he added.

“You never know which part of the ecosystem is key to it running,” said Utteridge, emphasizing that plants are “part of the bigger jigsaw.”

Another entry on the list, an orchid called “Inversodicraea koukoutamba,” is perhaps the most tragic species this year. A rubbery shrub that has only been found on one waterfall in Guinea, it is expected to become extinct when a hydroelectric dam is built in 2020.

Utteridge said the loss of the plant could possibly have a knock on effect on human populations, but “knowing what it is means we can at least do something to try and keep it alive.”

He acknowledged that plant conservation efforts can be overshadowed by campaigns for endangered animals in the public eye, but explained that scientists are often pulling together behind the scenes.

“We should all embrace each others‘ conservation stories,” said Utteridge, who cited the example that efforts to save the Sumatran tiger could also stop a habitat that is rich in plant life from being turned into oil palm plantations.

“They’re the foundations of life on Earth,” he said.