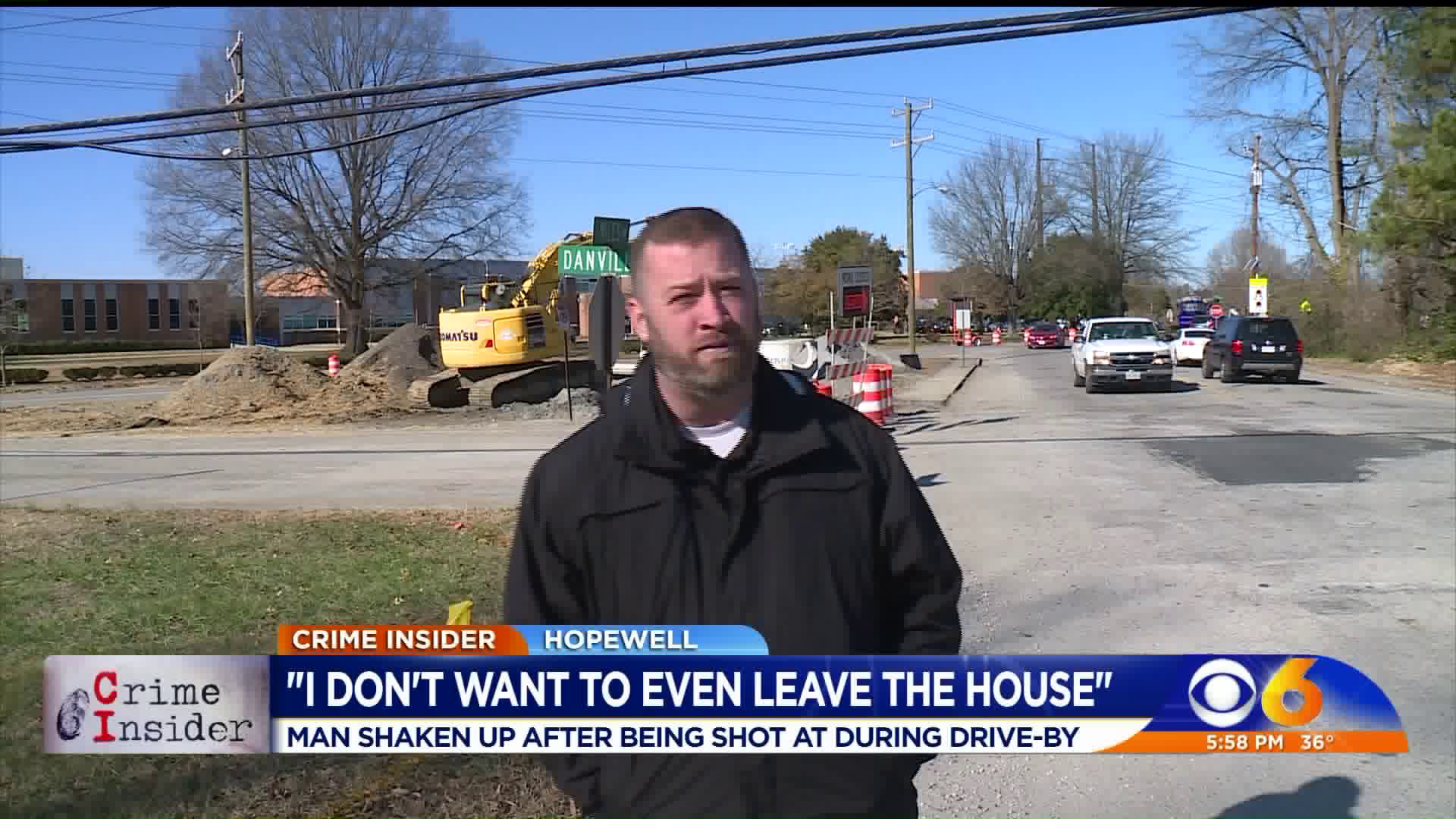 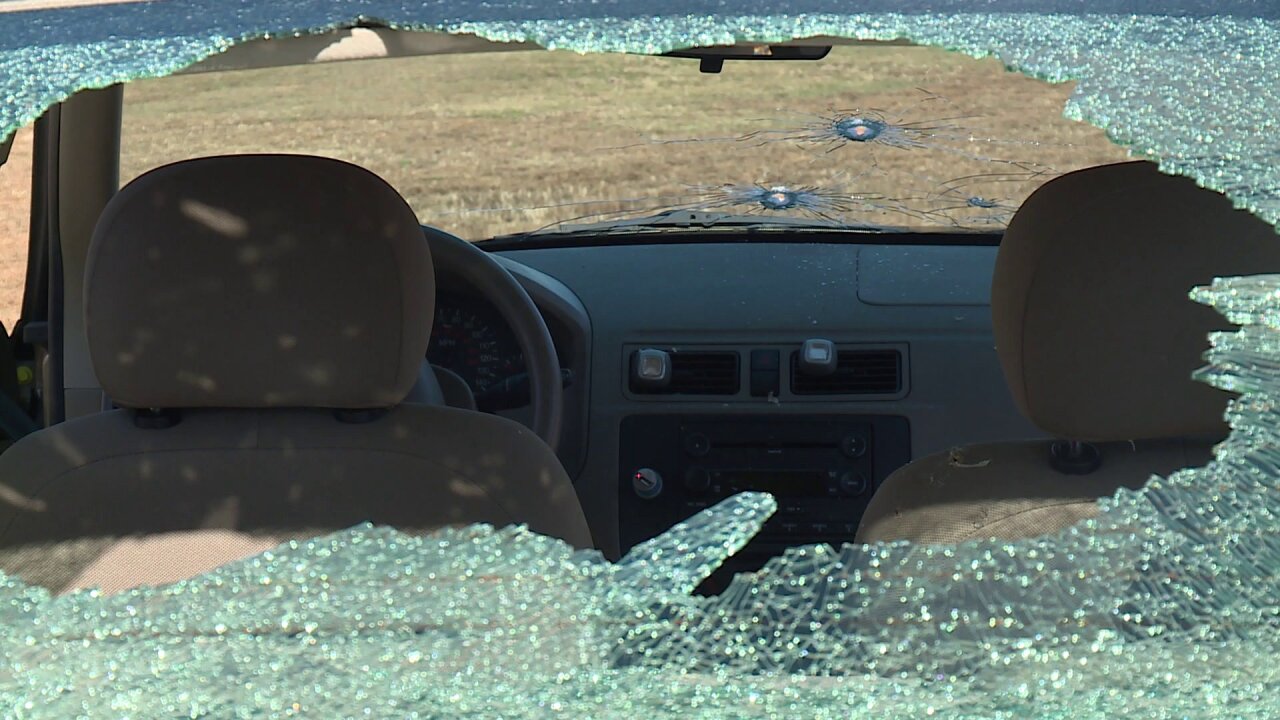 HOPEWELL, Va. -- A Hopewell man says he's scared to leave his house now after being shot at by an AR-15 during a drive-by shooting early Friday morning.

The victim says he had just dropped off a female passenger. It’s when he got to the intersection of Miles Avenue and Danville Street near Hopewell High -- he said more than a dozen shots rang out.

Bullets started ripping through the seats of his car, including one that went through the back of his driver's seat barely missing him.

"I jumped at first because it was loud but then I noticed all the yellow stuff from my seats flying around," said the victim, who asked CBS 6 to protect his identity.

The yellow stuff was the seat padding from bullets piercing several cushions and shattering windows.

"I realized I was being shot at. I just started screaming and I ducked and gunned it," he said.

Luckily, he wasn’t struck by any bullets.

"I’m lucky to be alive," the victim added.

He says his passenger would have been dead if it had occurred two minutes earlier.

"I cried. I ain't gonna lie. I cried at the Wawa… I mean I don't even want to leave the house right now," he said.

The victim met up with Hopewell Police at the Wawa. Investigators found spent casings on a driveway on Miles Avenue, evidence that will be sent off as police try to figure out who pulled the trigger.

Awakening an entire community to gunfire instead of an alarm clock

"I don't get what's going on in Hopewell. Hopewell used to be a nice place. I mean when we were kids we used to play ding dong ditch all night and we didn't have to worry about people robbing you or shooting you at stuff like that," the victim said.

The victim says he doesn’t understand why he was targeted during the early morning shooting and it has him reevaluating where he goes next.