Richmond memories of Christmas past: ‘There was no other Santa, but this Santa at Miller & Rhoads’ 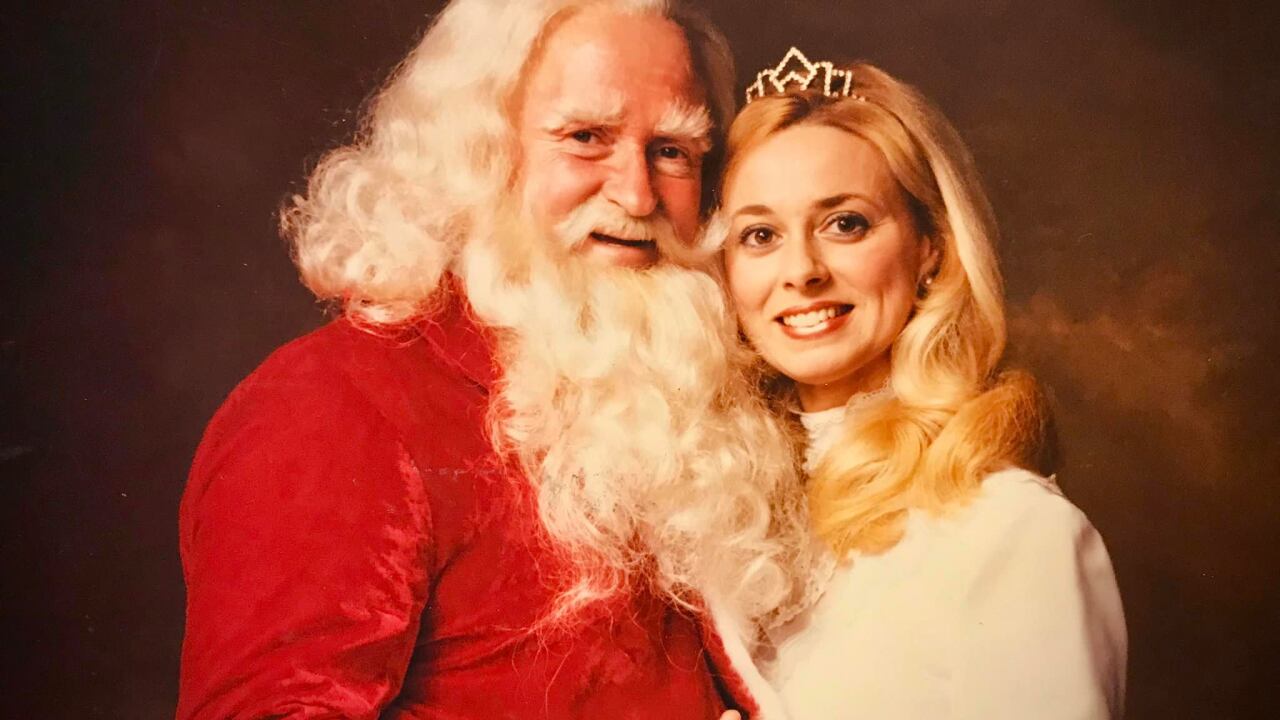 RICHMOND, Va. -- 'Tis the season for tradition. You'd be hard pressed to find anyone who enjoys the magic of Christmas more than Donna Deekens. After all, the Midlothian woman enjoys a direct connection to the North Pole.

“We called it Santa magic back then. It was Santa Magic. It was wonderful," Donna said. “It’s been a big part of my life actually.”

If you were one of the countless boys and girls who sat on the Real Santa's lap at Santa Land inside the landmark Miller & Rhoads department store in downtown Richmond, you may recognize Ms. Deekens.

“There was no other Santa but this Santa at Miller & Rhoads," she said "He was the real deal."

Every Christmas, Donna transformed into the Snow Queen. A job she dreamed of as a child.

“It was like winning the lottery for me," Donna said. "I was in awe of the Snow Queen growing up.”

As a child, she and her family would travel to Richmond from Portsmouth to visit Santa Land.

While applying for part-time work at the Broad Street department store in 1971, management saw potential in the University of Richmond sophomore. Instead of folding shirts, Donna became Santa's sidekick.

“The Miller & Rhoads Santa was Christmas in many ways to Richmonders," Donna said.

Entertaining generations of wide-eyed children waiting their turn to sit on Santa's lap was a dream come true.

“Never really expecting that I would hold on to the job for as long as she did. And it was 20 years," Donna said.

Donna remembers Santa Land and the Tea Room along with the store's famous decorated windows.

“Everybody’s eyes light up because they remember the days of the grand department store and Miller & Rhoads in particular," Donna said.

The famous store closed in 1990. For a short while Santa and the Snow Queen moved next door to Thalhimers, but for Donna it was not the same.

Preserving Christmases past, Donna penned four books about Santa Land and her experiences as Snow Queen. Nearly 30 years after stepping away, Donna is still recognized by grownups reliving their childhood.

"It’s a beautiful memory. It is an emotional kind of thing. It is a part of who they are. It’s a part of their history," Donna said. “I tell them you don’t know what kind of joy you brought me.”

The lobby of the Hilton is a nod to holidays gone by at Miller & Rhoads, allowing the former Snow Queen to reminisce.

“The spirit lives on. The spirit definitely lives on," Donna said.

Donna Deekens hung up her tiara in 1991, but she will never let go of her memories playing the role of a lifetime.

“Oh, it’s a priority. It is at the top of my list with my family," Donna said. “I was just so fortunate to do what I did. I thank the Lord and my lucky stars that I go to do that.”

The historic Tea with Santa returns to the Hilton downtown. Meet Santa Claus between 2 - 3 p.m. at the Hilton.