Celebrating 40 years of the World of Woody 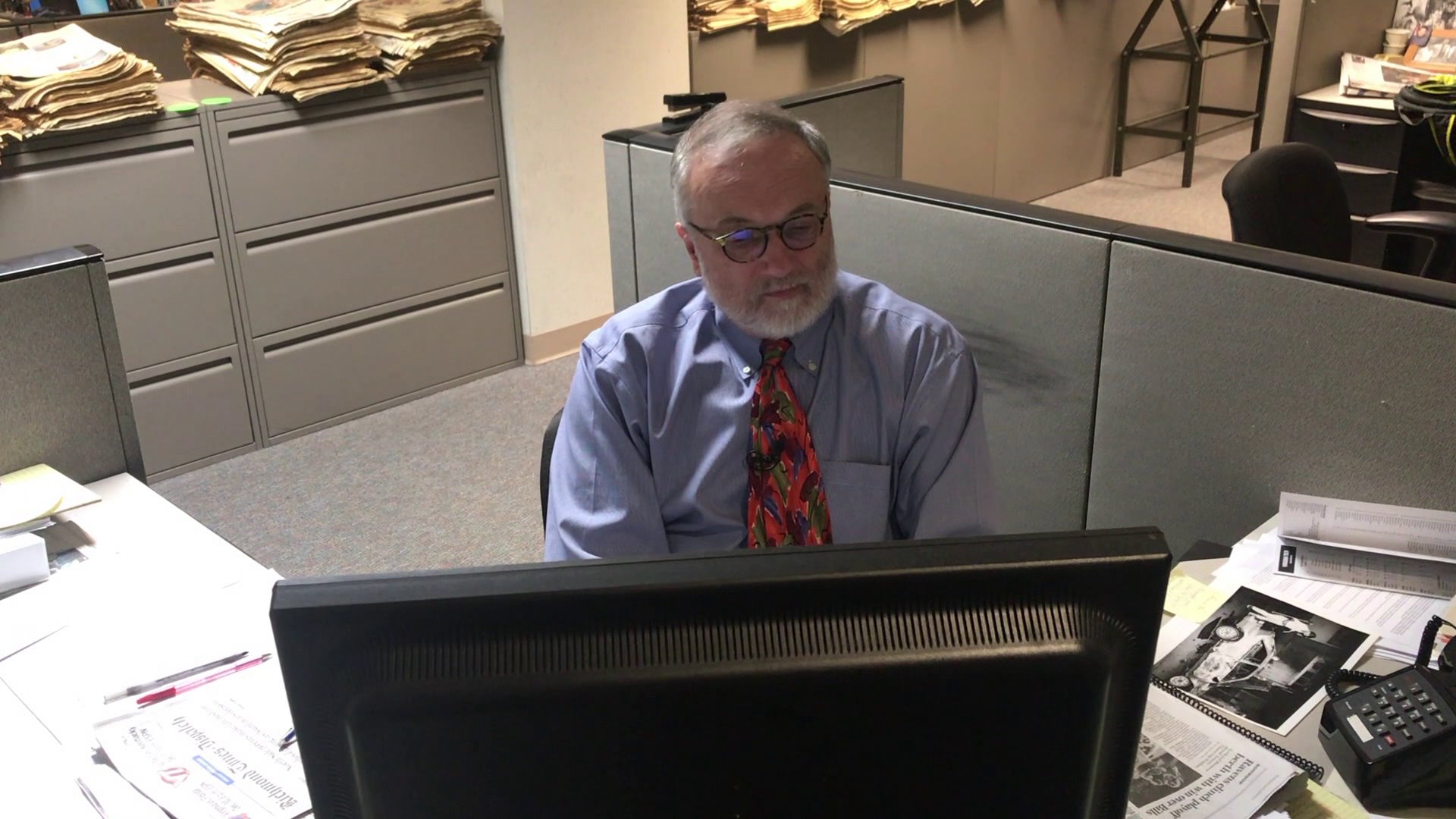 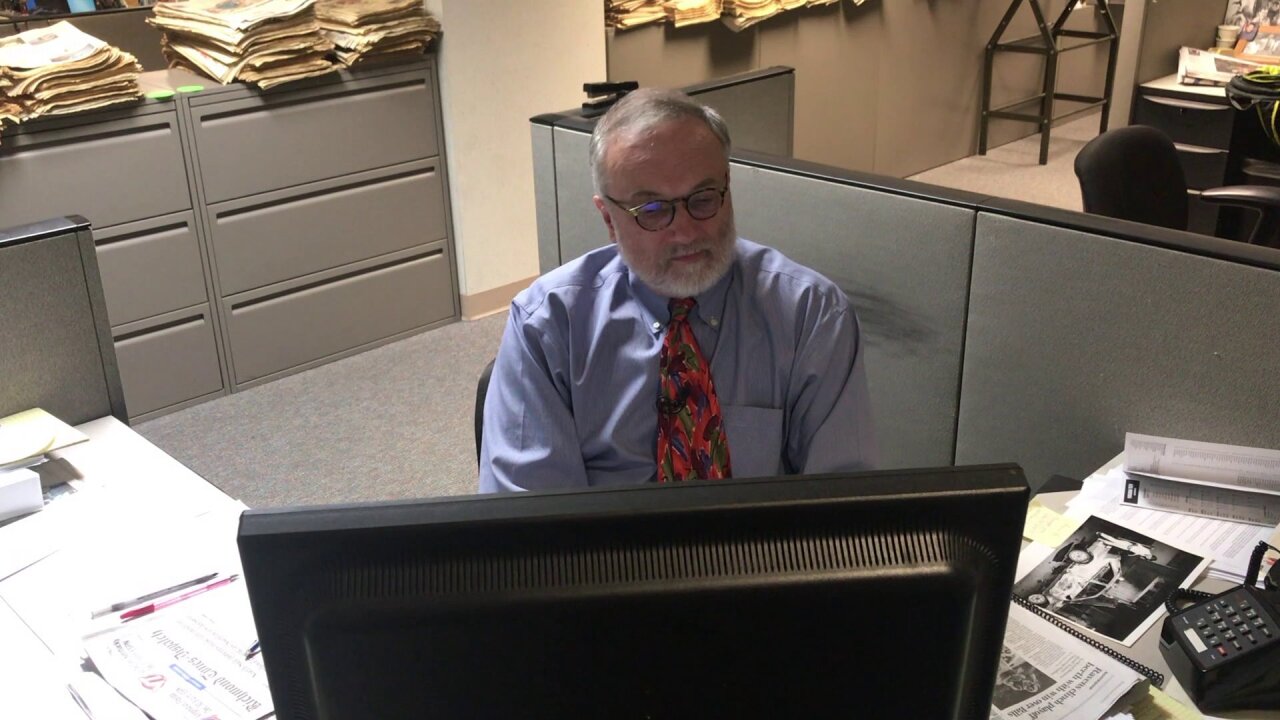 RICHMOND, Va. -- His somewhat spartan work station inside the offices of the Richmond Times-Dispatch belies the experiences that Paul Woody has shared with his readers over the past 40 years.

But then again, journalism wasn't exactly his life's plan while a student at VCU.

"I used to think I`ll go to law school," Woody recalled. "But then I discovered they like good grades and good LSATS and I don't think the plan would have worked so well."

Given his interest and appreciation for sports, he was encouraged to begin writing for The Commonwealth Times, the VCU student newspaper. After stints there and as an editor at VCU magazine, he was hired by the Richmond News Leader in 1979 -- two weeks before the birth of his first child.

While he has covered nearly every level of athletics in the state, Paul is best known for his work following the Washington Redskins. It was an assignment that seredipitously fell into his lap.

"I remember I was just standing in the middle of the sports department looking blankly into space," Woody said.  "Jack Berniger said 'Hey do you want to go to Redskins Training camp for a week?' I said 'Sure!'"

That was in the summer of 1980 when the paper had no official beat writer covering the nearest NFL franchise. His decades in covering the team have not been without scrutiny. Always one to tell things as they are, Woody has taken his share of shots as the Redskins fortunes have faded. And he wasn't the only one.

"This guy who I don't know, and he doesn't know me, he says 'You know who I don't like?'" Woody's son Pete remembered. "Everyone was quiet and I was like I know what he's gonna say. He goes 'That Paul Woody guy. He's always writing bad stuff about them.' Everyone looks at me and awkward chuckles and laughs and I don't really say anything. He looks at me and says, 'What is he? Your dad or something?` And I said 'Yeah, actually he is. ' He says 'No he's not, no way. Show me your driver`s license.' I took it out and showed him and he was like 'Well he just never says anything good about them.'  And I was like 'Well, there`s nothing good to say about them. He`s not going to sugar coat it.'"

That backing from his son was only part of a much larger support system at home which consisted of a good deal of patience and understanding about a job that isn't 9-to-5, nor Monday through Friday.

"It's not like laying brick, but it's a lot of weekend work," explained Times-Dispatch writer John O'Connor. "It's a lot of night work. It's a lot of deadline work. People can sometimes get worn down."

No one would be able to pick a favorite story or subject after 40 years of work, but the stories Paul thinks about the most don't involve sports at all.

On the day of the Virginia Tech shootings in 2007, Woody was sent to Blacksburg for what he called three days of sadness. The people he wrote about stay with him today.

"I`ll never forget going there, I`ll never forget being there," Woody said. "I'll never forget how that was one of the biggest stories in the world at the time and you felt like you were right in the middle of it. I always will remember I felt like, this could be the last time these three people are going to be written about, so this has to be good. I`ll always remember those pieces."

And anyone who Paul has chronicled will remember him as well. When he leaves the offices for good, there's much that will walk out with him.

"Paul is likely our most recognizable face maybe even of the whole newspaper," Times-Dispatch Sports Editor Michael Phillips said. "People around town know who Paul is, trust Paul with their stories. Think about some of the great stories he`s told, people open up their lives and their stories and trust Paul to know he`ll do them justice and he`ll do it right."

"He`s not only a good writer, which the people who have read our paper on occasion know, he`s a great guy," O'Connor added. "He's a very helpful guy. He's a very generous guy. We'll miss that as much as his input as a writer."

"He's never really approached it with how can I get people riled up or get a reaction," Pete said. "He`s just told it like he sees it. He`s been doing it for so long I think people at least appreciate that it`s coming from a place of experience."

"I'm very very proud," Janet added. "Doing anything for 40 years is noteworthy. The energy and care he has put into his writing I think is pretty remarkable."

"All I've tried to do is come in, work hard, do my very best, be fair with people," Woody said. "It's already difficult to be honest with you. So many people have emailed, called, written, the lost art of letter writing.

"If I had known how popular I was I probably would have stayed a little longer. "

Woody's final day at the Times-Dispatch will be December 27. His final column will run in the Sunday edition on December 29. After that, he will work on catching up on his sleep and his vacation time.