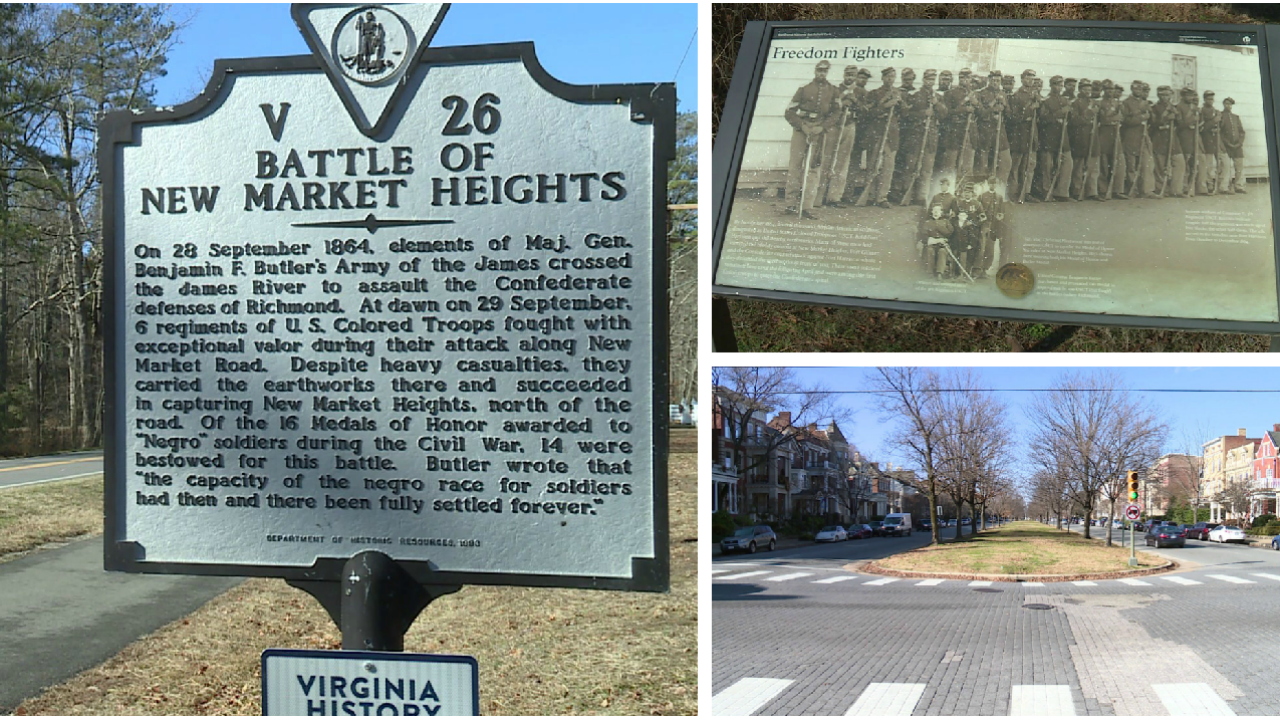 RICHMOND, Va. -- While the debate continues over Confederate monuments that line Monument Avenue, support is growing for a new memorial on Monument Avenue honoring African-American heroes.

The new monuments would commemorate the Battle of New Market Heights from September 1864.

Six regiments of black Union troops laid siege to the Confederate defenses of Richmond -- and won victory. It was one of the first attacks of the Civil War, exclusively led by African American commanders.

“Most people don't know about this battle,” said Don King, who is leading the effort.

Of the 20 African-American soldiers awarded medals of honor during the Civil War -- 14 of them earned them in fields off Route 5 in eastern Henrico.

King, who is the founder of the Honor the 14 Foundation, wants to build a monument honoring the 14 war heroes on Monument Avenue.

“These guys got medals of honor in 1865. Right away.  It was such an important battle,” said King.

King says this pivotal battle slipped from attention in the lost cause and Jim Crow narratives that followed.

“Right now, it's only showing the Confederate side, but if we can add the Union side, in particular, these black troops, many of whom were Virginians by the way and most of them were escaped slaves. If you put that there, it just strengthens the story being told on Monument Avenue,” King explained.

City councilwoman Kim Gray is working with the foundation and says the Monument Avenue Commission recommended honoring the New Market 14.

"It's an amazing story,” said Gray. "It's very significant to put it in contrast with the Confederate soldiers so that we can have a more complete story of the Civil War and what it meant to a more diverse audience.”

Neither Gray nor King want the memorial to replace Confederate statues but serve as a counterweight instead.

"It has been true all over the world, that reconciliation occurs when authentic stories are told about both sides," added King.

The Honor the 14 Foundation has become fundraising for the project, which would be paid for with private donations. Richmond City Council and the mayor would have to sign off.

The plan is to put the new memorial at where Monument Avenue intersections either Meadow or Allison Street.