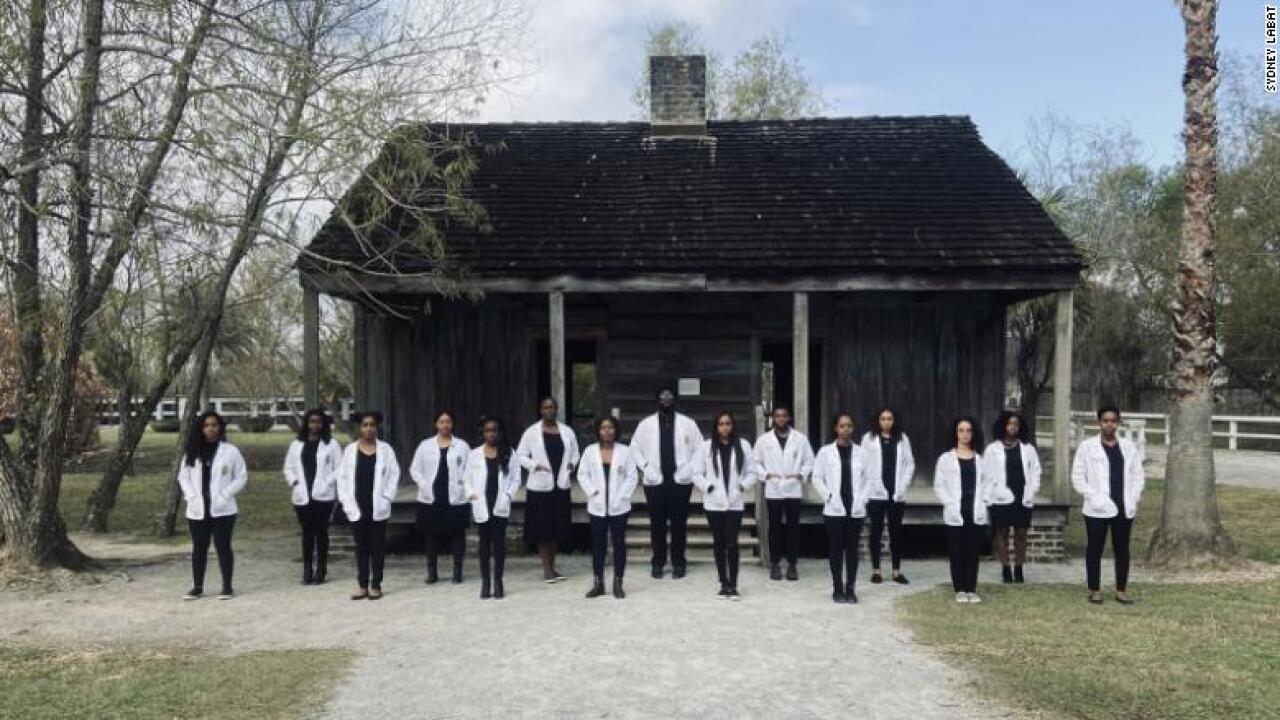 A picture is worth a thousand words and a group of black medical students at Tulane University are hoping their pictures speak volumes about how far they’ve come.

Russell Ledet, a medical student at Tulane University, tells CNN he got the idea after a conversation with his eight-year-old daughter about a trip they took to Whitney Plantation in Edgard, Louisiana.

“Her insight [to the visit] was, “This is not fair. This is not supposed to happen,”‘ Ledet said. “So I had this idea that we need to get the black medical students at Tulane and we need come here. We need to do this for ourselves.”

He decided to pitch the idea of taking a group tour of the plantation to his classmates, along with taking pictures in their white coats, and it turned out better than imagined.

The idea takes off

Ledet said his peers had “no hesitation,” and they knew it could have an impact. Fifteen of the 65 black medical school students showed up, and he said the most amazing thing was that all of them had a different takeaway.

Ledet’s classmate Sydney Labat shared the photos on Instagram with the caption:

“As physicians in training, we stood on the steps of what was once slave quarters for our ancestors. This was such a powerful experience, and it honestly brought me to tears.

For black people pursing a career in medicine, keep going. For our entire community, keep striving. Resilience is in our DNA.”

The photo started making the rounds and quickly grabbed the Internet’s attention.

“You just get a feeling, and you think this is going to be impactful and this is going to mean something,” Labat told CNN. “It’s not about going viral or the attention … it’s about being inspirational.”

Labat said that if she would have seen these photos as a child it would have motivated her further as she dreamed of becoming a doctor.

“To see people that look like me on this photo would have been so substantial for me as a younger student, and that is the whole purpose.”

They hope the photo will inspire generations

The students hope the photo will make a difference for all black students. The plan is to put them in 100,000 schools across the country so that future students can be inspired.

They also hope it shows older generations in their field that the hardship was all worth it.