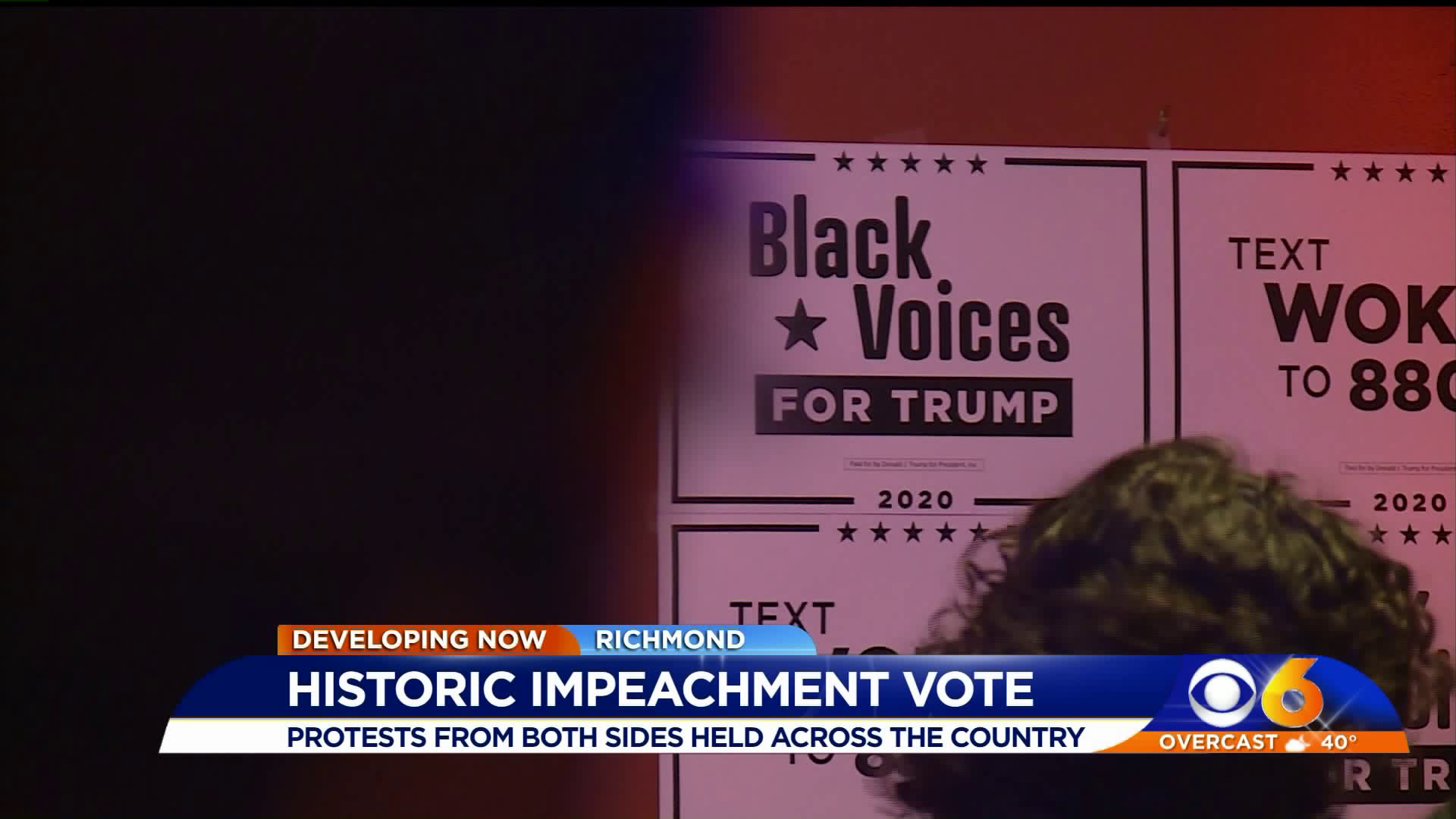 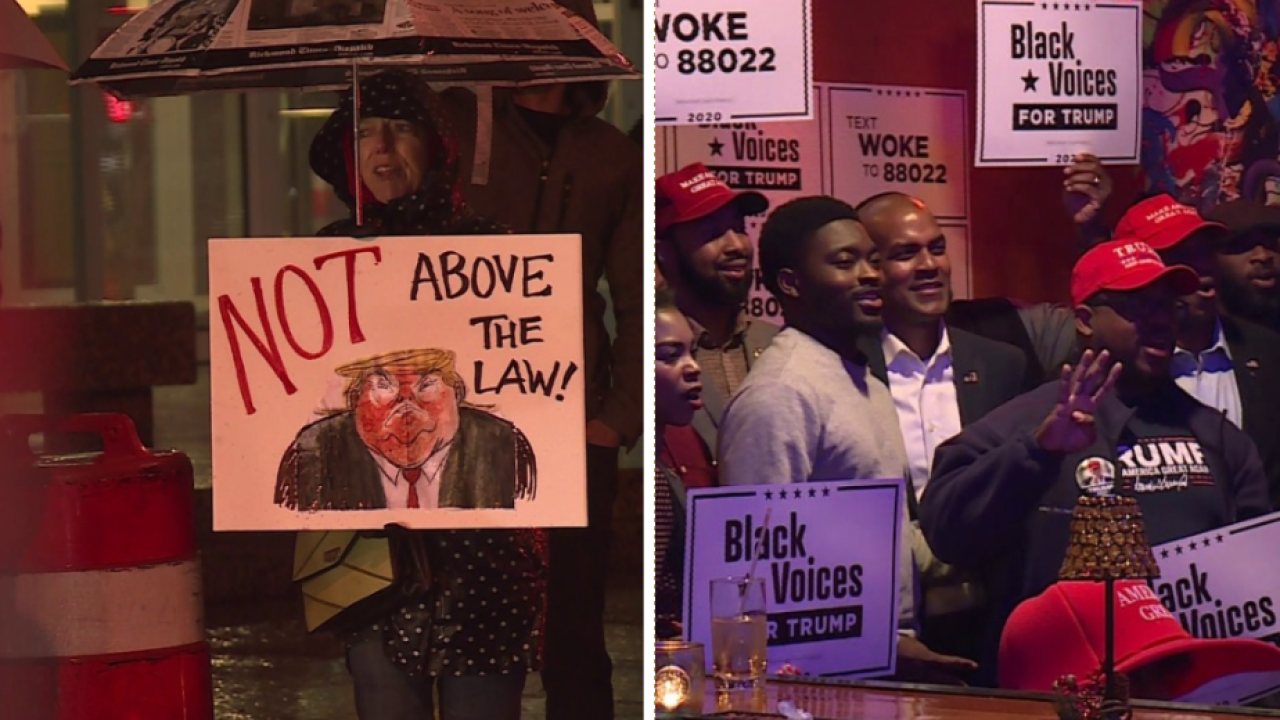 The group assembled outside of Sen. Tim Kaine's office at the corner of 10th and East Main Streets despite a cold December rain.

The protest was one of 600 planned nationwide under the "Nobody Is Above the Law" events that called on Congress to impeach and remove President Donald Trump.

The rallies were scheduled on the eve of an impeachment vote of the President in the House of Representatives on Wednesday. The Democrats are expected to carry out the impeachment, but along a party line vote.

Christyl Everleigh drove from Petersburg to attend the march where she called on politicians to "do the right thing."

"They need to listen to the facts and the testimony," Everleigh stated. "Form an opinion without someone telling you what to believe."

Attendee Drew Gallagher said that attending Tuesday's rally in the rain was something "we have to do."

"It’s really upsetting that politicians aren’t willing to set aside party politics and listen to the merits of the case," Gallagher said.

The group held signs wrapped in plastic and yelled chants like, "Trump is not above the law," cheering when drivers on their evening commute honked in support.

The area's second "March to Impeach and Remove" was held outside of Macy's at Short Pump Town Center in Henrico County. More than 300 people signed up to attend.

"No, we are not mythical creatures"

"Black Voices for Trump" held a roundtable discussion where coalition advisory board members addressed why they support the president.

"We have seen the lowest unemployment in the black community since it’s been measured," said Dean Nelson, a coalition adviser. "We also have record numbers of black businesses that are starting."

They held their very first roundtable in the nation in Richmond, which overwhelmingly voted for Hillary Clinton in 2016. More than 81,000 Richmonders voted for the Democrat compared to Trump's 15,581 votes.

Trump lost by nearly 8,000 votes in 2016 in the district where Tuesday's event was held. About eight percent of African Americans voted for Trump nationwide, according to exit polls.

"I'm proud that we are in a black owned establishment in Richmond that is doing well," Nelson explained. "It’s important for us to get our message out."

The event even gained international attention to the River City. A crew based in New York City covered the event for a Japanese news channel.

Attendees walked in wearing "Make America Great Again" hats while Trump shirts and buttons sat on a table near the entrance to be handed out for free.

"Black Voices for Trump" was kicked off with a Trump-style rally in Atlanta in November. Then, the president spoke about his administration’s record and touted jobs creation and low unemployment for African Americans.

"We are going out spreading the great messages of promises made, promises kept," an organizer said.