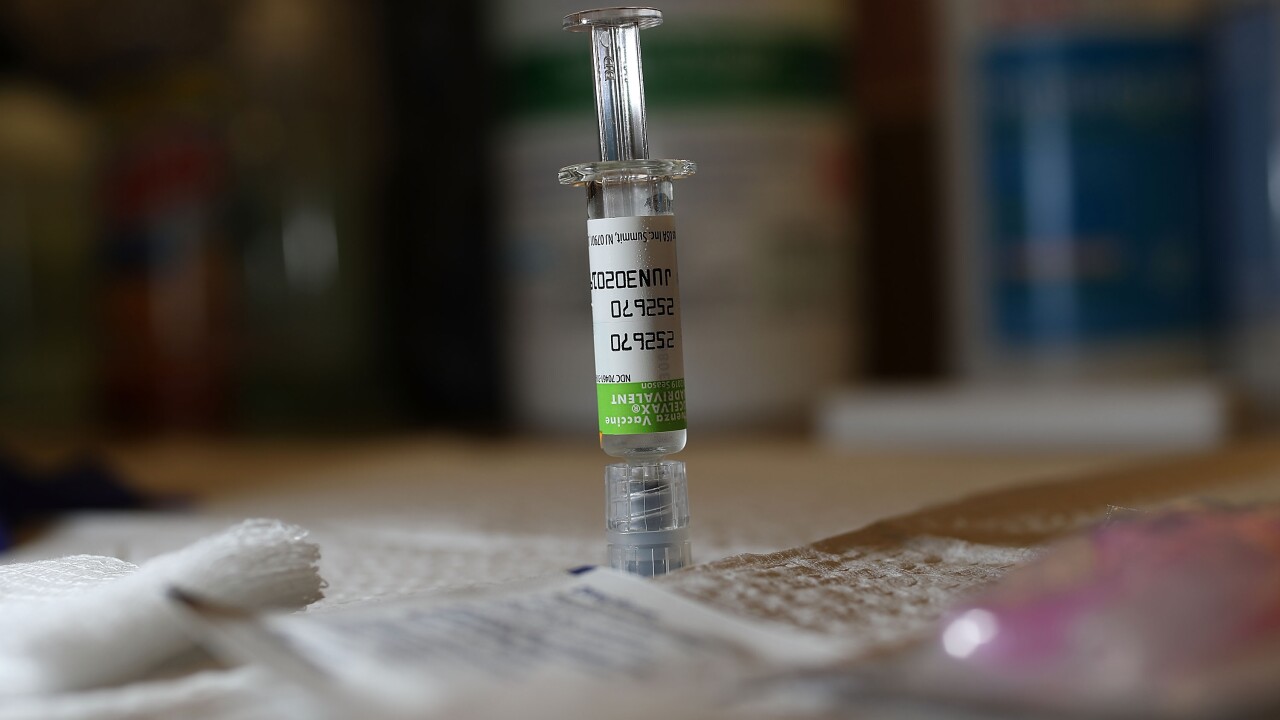 MIAMI, FL – OCTOBER 04: An influenza vaccination is prepared for a patient at the CVS Pharmacy store’s MinuteClinic on October 4, 2018 in Miami, Florida. CVS stores will provide flu vaccinations at their MinuteClinic as well as the pharmacy and according to the Centers for Disease Control and Prevention and the American Academy of Pediatrics between now and the end of October is the best time to get vaccinated as the flu season begins. (Photo by Joe Raedle/Getty Images)

Dozens of members of Congress on Monday called upon US Customs and Border Protection to reverse its decision not to vaccinate migrants against the flu.

The agency’s decision not to vaccinate is “unconscionable and continues to endanger the health and safety of migrant families, CBP personnel, and the American public,” according to a letter sent by 65 Democratic legislators to US Customs and Border Protection Acting Commissioner Mark Morgan.

The letter was obtained exclusively by CNN.

“CBP’s inability to act with urgency to save lives is a stain on our nation’s history,” Rep. Rosa DeLauro, a Democrat from Connecticut who spearheaded the letter, told CNN.

A CBP spokesperson did not immediately respond to CNN’s inquiries about the letter.

Last year, three migrant children died from the flu while in CBP custody, and this year’s flu season is already underway.

Nearly a year ago, the US Centers for Disease Control and Prevention recommended to CBP that it vaccinate migrants and take other flu-fighting steps, such as isolating migrants who are suspected of having the flu, monitoring them closely and giving them anti-viral medications.

Last week at a press conference, Morgan said while his agency won’t vaccinate migrants, it had complied with “a lot” of the CDC’s recommendations to curtail the flu. He did not offer details.

Monday’s letter said CBP has also failed to provide such details to Congress.

“To date, CBP has not told the Congress if they have implemented any of those recommendations. In the meantime, children have died in CBP’s custody. This is unacceptable,” DeLauro told CNN.

CBP has offered two main reason why it does not vaccinate migrants against the flu, despite the outbreaks.

First, CBP says it won’t vaccinate because migrants are typically held in the agency’s custody for three days or less, and that migrants will receive vaccinations later if they’re sent on to the custody of other federal agencies.

“Every effort is made to hold detainees for the minimum amount of time required for their processing, transfer, release or repatriation as appropriate and operationally feasible,” according to a CBP statement.

But in their letter, the legislators said reports show that migrants sometimes stay in CBP custody for longer than three days.

CBP has also said there are operational challenges to providing vaccinations, but the lawmakers wrote there is still “no sufficient justification” for not giving vaccinations.

Last week, a CBP official questioned whether the CDC was holding the agency to the right standard when it gave its flu recommendations.

“The conditions that CBP functions under are different than a lot of the situations where CDC functions,” he said. “Do we have the ability [to function like] the CDC or a county public health department or at an emergency room level? No.”