Heisman winner’s speech leads to over $100,000 in donations for families in poverty 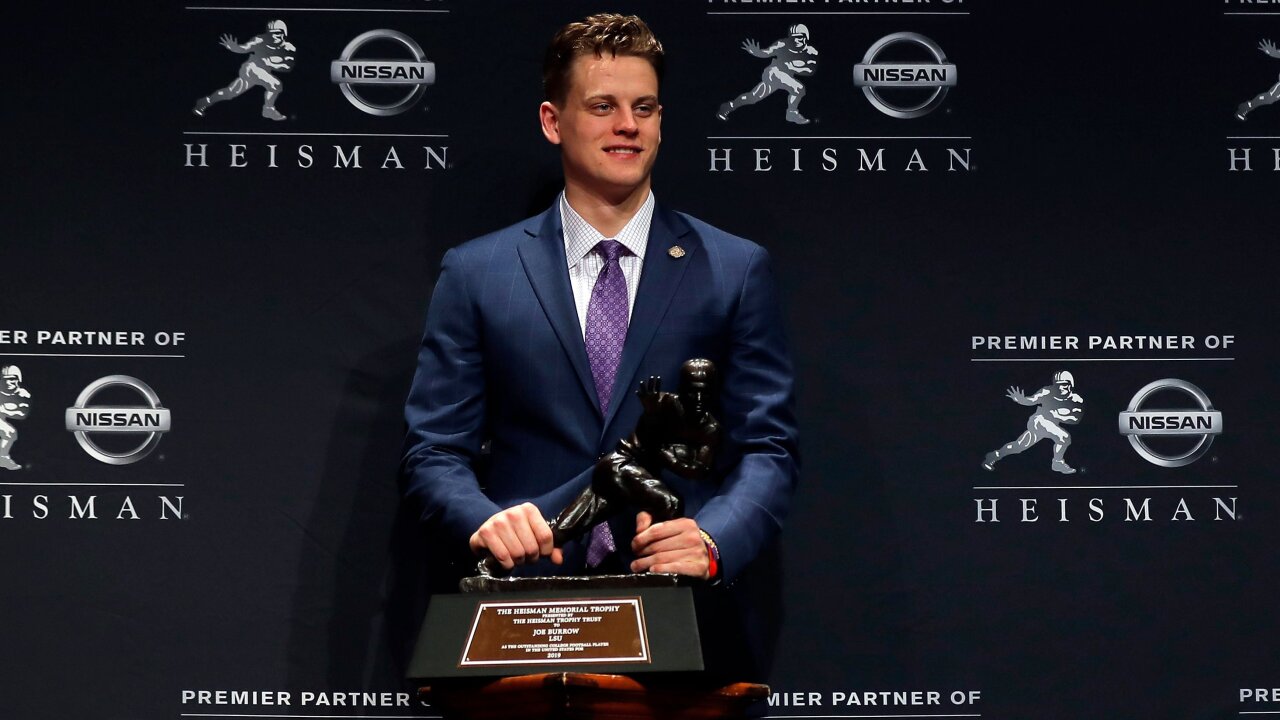 Quarterback Joe Burrow of the LSU Tigers poses with the Heisman trophy on Saturday, December 14, 2019.

Quarterback Joe Burrow of the LSU Tigers poses with the Heisman trophy on Saturday, December 14, 2019.

As he accepted the coveted Heisman trophy, LSU quarterback Joe Burrow addressed the children in his hometown of Athens, Ohio, where thousands of residents live in poverty.

Burrow struggled to speak, holding back tears as he spoke about the children in his community who go hungry.

“Coming from southeast Ohio, it’s a very impoverished area and the poverty rate is almost two times the national average,” he said in his acceptance speech Saturday. “There’s so many people there that don’t have a lot. And I’m up here for all those kids in Athens and Athens County that go home to not a lot of food on the table, hungry after school. You guys can be up here, too.”

In a matter of hours, the unassuming Appalachian town — home to Ohio University — was launched to national attention, inspiring Athens resident Will Drabold to create a fundraiser for the thousands of residents living under the poverty line.

In just a day, the fundraiser was inundated with donations and quickly shot past its original $50,000 goal. The organizer later updated the goal to $100,000, which was met within hours.

“Let’s answer Joey’s call to action by supporting a local nonprofit that serves food to more than 5,000 households in Athens County each year,” the fundraiser page says.

The nonprofit that puts food on Athens County tables

The donations will go to the Athens County Food Pantry, which says it serves over 3,400 meals a week to residents in need.

The pantry also gives bags and boxes of food to Athens families, including non-perishables like pasta, beans, and canned vegetables, and it hands out fresh produce when it can.

About 30% of the county’s population lives below the poverty line, according to an Ohio poverty report released in February. It is among the poorest counties in the state, all of which are in the Appalachian region.

The nonprofit has identified a number of factors leading to such a high poverty rate, including unemployment and underemployment, lack of reliable transportation and high housing and utility costs.